The Trump administration has expressed concern about long-standing allegations that people imprisoned by the Chinese authorities for their faith are being murdered for their organs, which is called forced organ harvesting.

On July 20, U.S. State Department officials condemned the Chinese Communist Party’s persecution of Falun Gong, as adherents marked 21 years since the beginning of the CCP’s nationwide campaign to eradicate the spiritual practice.

While the content of the meeting was private, the practitioners told The Epoch Times that Destro and Bronwback specifically mentioned forced organ harvesting from imprisoned Falun Gong adherents.

“Forced organ harvesting is something that’s certainly come to the forefront recently,” Brownback said in a video interview with NTD Television, noting the crime among various abuses that had “happened to Falun Gong.”

Secretary of State Mike Pompeo condemned the CCP’s 21-year-long campaign against Falun Gong, remarking in a statement that “the PRC [People’s Republic of China] government continues to repress and abuse this community to this day, including reported torture of Falun Gong practitioners and detention of thousands.” 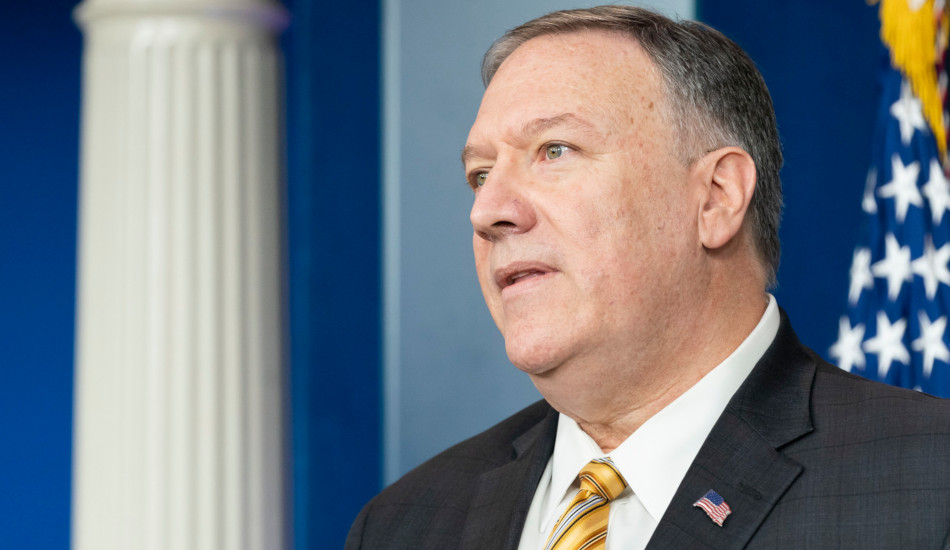 The last several years have seen the Trump administration step up its scrutiny of Beijing’s human rights abuses, including the CCP’s overwhelming repression of religion. The State Department’s 2019 Report on International Religious Freedom, published this June, notes the Party’s “unyielding” Marxism, which advocates the abolition of all spiritual faith.

While the CCP maintains five official religions — Buddhism, Daoism, Islam, Protestantism, and Catholicism — and took a relatively lenient approach to faith in the 1980s and 1990s, the regime has a long history of suppressing what it calls “feudalist superstition,” and has become increasingly repressive in recent decades.

Falun Gong, a traditional qigong discipline rooted in ancient Chinese philosophy and belief, was first spread in 1992 and soon became very popular as tens of millions of Chinese took up the practice. In 1999, the Communist Party banned Falun Gong on the grounds that it had gathered too many adherents, and thus threatened to make the CCP’s Marxism a “laughingstock,” according to then-Party boss Jiang Zemin.

The campaign against Falun Gong covered all aspects of Chinese society, from practitioners being arrested by the thousands to round-the-clock propaganda broadcasts describing Falun Gong as a dangerous “evil religion.” Adherents faced all manner of repression, from being fired from their jobs to receiving heavy prison sentences and suffering torture by guards and other inmates. 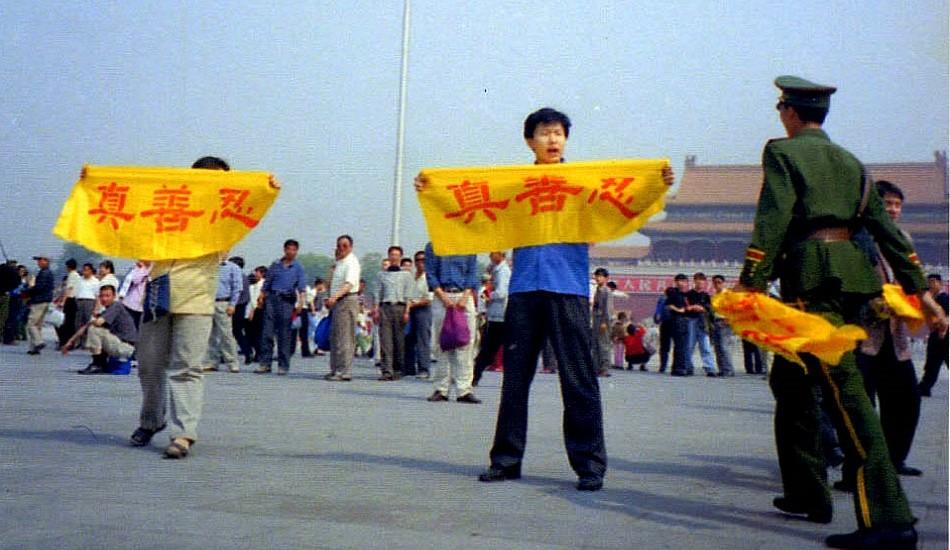 Incomplete statistics compiled by Falun Gong websites have verified the identities of thousands killed by the CCP for refusing to give up their faith.

Levi Browde, executive director of the Falun Dafa Information Center, told The Epoch Times that the persecution Falun Gong has given the CCP valuable experience in developing a systematic method to suppress other religious groups and dissidents, such as Uyghurs, house Christians, and Hongkongers, to “not just to break a person, but to force that person to profess their allegiance to the Communist Party.”

“They really honed that process on Falun Gong,” he said.

In a July 20 Twitter post, Brownback said: “My thoughts today are with Falun Gong practitioners in China who have suffered 21 years of persecution at the hands of the PRC government. Harassed, arrested, imprisoned, and brutalized for their beliefs, we stand with them in solidarity.”

Human rights experts and investigators have long accused the CCP of running a state-sanctioned scheme targeting political and religious prisoners for their organs. Though China has had an organ transplant industry for decades, the volume of transplants increased exponentially in the early 2000s, coinciding with the anti-Falun Gong campaign.

While an on-the-ground investigation in China is hardly possible due to the strict oversight of the Party, investigators have furnished a mounting body of evidence to verify the claims, such as statistical analyses of China’s large organ transplant figures and extremely short wait times matched against the country’s underdeveloped organ donor system.

In June 2019, a prestigious independent tribunal in London concluded that organ harvesting has taken place at the behest of the CCP regime “on a significant scale” for years. The tribunal stated that adherents of Falun Gong made up the majority of the victims, and warned that imprisoned Uyghurs and other Chinese minorities risked facing the same gruesome treatment.

Brownback’s comments about organ harvesting follow what he said last year regarding the medical abuses that “should shock everyone’s conscience.” His remarks also reflect a growing trend by the U.S. government to advance international religious freedom.

“We’ll continue to put that forward in international bodies,” Brownback said in his interview with NTD News. “We ask the Chinese government to open up their record and let the rest of the world see where their organs are coming from, and the transplants that they’re doing.”