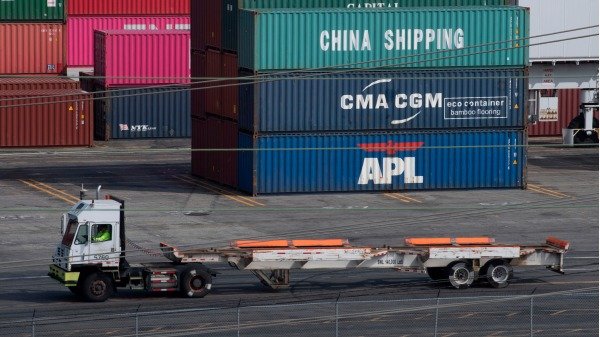 China signed the Regional Comprehensive Economic Partnership Agreement (RCEP) on Nov. 15, joining 14 other countries in a free trade zone that will cut tariff and non-tariff barriers. Member countries signed the agreement via video conference to form the zone, which is set to encompass nearly one-third of the world’s GDP.

However, to date China has not fully met its commitments to the World Trade Organization (WTO), which it joined in 2001, raising doubts whether it will keep its promises in the new trade deal.

The RCEP was initiated by the 10 ASEAN countries (Indonesia, Malaysia, the Philippines, Thailand, Singapore, Brunei, Cambodia, Laos, Myanmar, and Vietnam) in 2012. China, Japan, South Korea, India, Australia, and New Zealand were invited to join the free trade agreement. According to Reuters, Indonesia is also likely to join the agreement.

However, TPP was scuttled by the subsequent Trump administration on that grounds that it was detrimental to the interests of the United States.

In addition, India, the world’s second most populous country, withdrew from RCEP negotiations for fear that China would dump cheap products in the Indian market and damage its economy.

According to the China Times, Zhu Yin, an associate professor of public administration at the China University of International Relations, said, “The RCEP negotiations will undoubtedly make greater strides in lowering tariff barriers. There’s a possibility that tariffs for 95% or more products will be eliminated in the future. The market space will get larger; this is a major policy advantage for foreign trade enterprises.”

Data shows that China’s trade with ASEAN reached $481.81 billion through the first three quarters of this year, up 5 percent from a year ago. This makes ASEAN the largest trade partner to China. China has also increased its investment in ASEAN by 76.6 percent year-on-year.

However, the China is notorious in its opaque trade practices and its unwillingness to keep promises. The Office of the United States Trade Representative (USTR) criticized China for reneging on its WTO commitments in its “2019 Report to Congress On China’s WTO Compliance”, which was released on March 6 this year.

In an earlier commentary, Chinese scholar Zhou Fangzhou pointed out that the U.S. had honored its promises to China and lowered its tariffs, but China utilized various trade barriers and tariffs to hinder the entry of U.S. products. For example, China subject highly competitive American cultural product such as movies and art, and high-tech products such as pharmaceuticals and automobiles, financial products such as banks, securities and insurance to high tariffs and censorship. And America’s most competitive products such as internet (Google, Facebook, Twitter, Instagram, etc.) and media face an outright ban. In other words, American cannot compete in China, yet Chinese products can flow unimpeded in the United States.

“Free trade is one of the best things in the world, it holds the world together, promotes creativity, reduces poverty and brings peace,” wrote Zhou.

In Zhou’s view, if both sides follow the rules of free trade, and both governments allow the markets to choose without intervention, no one would have a reason to dispute a trillion-dollar trade deficit. However, when one side intervenes with regulations, high tariffs and barriers, that side would be in the wrong.

Former Hip-Hop Artist Charged With Aiding China to Oust Dissident From US, Involved in 1MDB Scandal