Hundreds of Lawmakers Call Out China for Persecution of Falun Gong 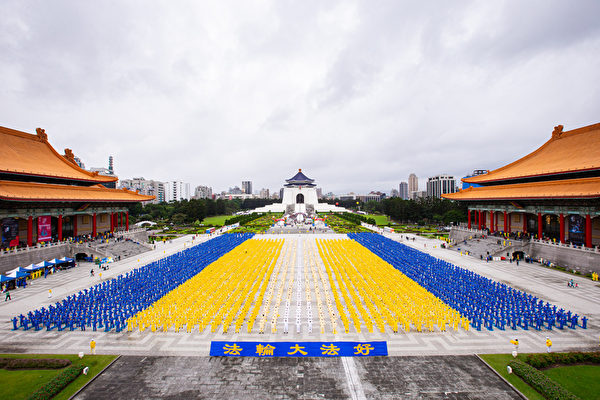 Over 900 lawmakers from 35 countries issued a joint statement condemning the persecution of Falun Gong on Dec. 10, International Human Rights Day.

Australian MP George Christensen, who supported the joint statement, added a comment in addition to his signature: “The persecution of Falun Gong practitioners, who have suffered oppression, torture and victimization, is one of the most appalling campaigns undertaken by the Chinese Communist Party. I will always stand in sympathy and support with those who practice this peaceful spiritual observance.”

Levi Browde, Executive Director of the Falun Dafa Information Center, called the effort “…an unprecedented effort by government representatives from across the political spectrum and around the world to stop the Chinese Communist Party’s injustices against Falun Gong.”

Falun Gong, also known as “Falun Dafa,” is a spiritual practice combining meditation, slow-moving “qigong” exercise, and an emphasis on the principles of truthfulness, compassion, and forbearance.

The practice had broad appeal in China after its introduction in 1992. People from all walks of life took up the practice, including government officials. By the late 1990s, the Chinese government estimated the number of people practicing Falun Gong to be 70-100 million.

According to a Freedom House report: “Throughout the early and mid-1990s, Falun Gong, its practitioners, and founder Li Hongzhi enjoyed substantial government support and positive coverage in state media.” However, over time, the Chinese government’s position was gradually changing. Reports vilifying the practice began appearing in state media outlets and in 1996, Falun Gong texts were prohibited from publication.

In July of 1999, the practice was officially banned. “Prominent adherents were arrested, and anyone who continued practicing was pursued as an enemy of the state”.  The Freedom House report lists several reasons for this turnabout, including the great popularity of the practice and what was perceived by the communist state as ideological competition.

Human rights organizations, NGO’s, and various governments have reported on the severity of the persecution of Falun Gong in China.

An article appearing in a 2018 edition of Genocide Studies and Prevention, the official journal of The International Association of Genocide Scholars (IAGS), concludes: “The genocide against the Falun Gong, on account of its scale, cruelty, and sophistication, is a preeminent human rights disaster of the 21st century.”

The China Tribunal, an independent investigation into organ harvesting from prisoners of conscience in China, completed a year-long examination of all available evidence in June of 2019.  Its final judgment includes the following statement: “Forced organ harvesting has been committed for years throughout China on a significant scale and that Falun Gong practitioners have been one — and probably the main — source of organ supply.”

The U.S. State Department also referenced International Human Rights Day by announcing sanctions against 17 officials of foreign governments who are accused of committing “gross violations of human rights” according to a Dec. 10 press statement by Secretary of State Mike Pompeo.

Included among those sanctioned is Huang Yuanxiong, who is the Chief of the Xiamen Public Security Bureau of Wucun Police Station, Fujian Province, China.  Huang was sanctioned for “particularly severe violations of religious freedom, in connection with the detention and interrogation of Falun Gong practitioners simply for practicing their beliefs.” His wife is included in the sanctions. Sanctioned individuals are ineligible for entry into the U.S.

This is the first instance of the sanctioning of Chinese officials involved in the persecution of Falun Gong by the U.S. State Department. “The world cannot stand idly by as the PRC government perpetrates horrific and systematic abuses against people in China, including violating the internationally recognized right to freedom of thought, conscience, and religion or belief,” Pompeo said in the press release.