Haines Is Confirmed as DNI, Says Communist China is Sometimes an Adversary 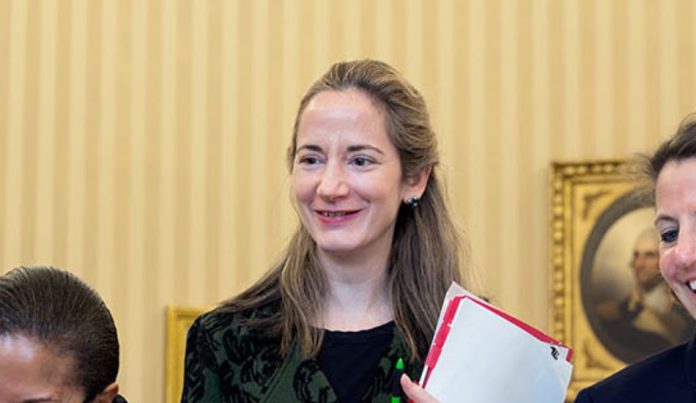 Avril Haines is confirmed as DNI (Director of National Intelligence) by the U.S. Senate. She’s Biden’s first cabinet-level official. Haines received 84 votes in support and 10 against. The DNI is tasked with overseeing 18 intelligence agencies. With the appointment, Haines has become the first woman in American history to lead the intelligence community of the country.

Republican Senator Marco Rubio, who is the acting chairman of the Senate Select Committee on Intelligence, approved Haines’ appointment.

“Our adversaries will not stand by and wait for the new administration to staff critical positions, and I am pleased my Senate colleagues joined me in swiftly confirming Director Haines to this important post,” he said in a statement. Senate Majority Leader Chuck Schumer also noted that Haines was the “right choice” for the post.

Republican Senator Tom Cotton had objected earlier to Haines’ appointment. He was unsure whether she would reopen investigations into the interrogation and detention programs of the early 2000s, exposing CIA officers to “adverse employment action” and even criminal prosecution. After Haines clarified that she had no such intention, Cotton lifted his objection. However, she said that the torture used in interrogations post the Sept. 2001 attacks violated U.S. obligations and international conventions.

Haines told the Senate Intelligence Committee that under her leadership, the U.S. intelligence would increase its focus on communist China. She asserted that Washington should take an “aggressive stance” to the threat posed by the communist regime. In her testimony, Haines stated that intelligence must support the bipartisan efforts to “out-compete China,” gain more information about Beijing’s intrusion capabilities, and counter Beijing’s illegal actions as well as human rights violations. When asked how she planned on countering the CCP’s malign influence campaigns against the United States, Haines replied that she will conduct “more training in this space.”

However, Haines said that when it comes to espionage and similar activities, which she is tasked to handle, communist China is indeed an adversary. The US must work on countering Beijing’s aggressive, illegal moves in this regard. Republican Senator Ben Sasse asked Haines to hire some Mandarin speakers and turn the intelligence community’s focus from counterterrorism to communist China.

In December, a report revealed that a Chinese spy had infiltrated American politics. The spy had gotten close to politicians like Democrat Eric Swalwell. The FBI had to intervene and educate the congressman about the threat. Bill Evanina, the director of the National Counterintelligence and Security Center Director, said that such espionage efforts from communist China are “nothing new.” He strongly believes that no country poses a more “severe threat” to the United States than communist China. He warned that Beijing’s incessant campaign against America would be the biggest headache for the Biden administration.

“This is not only just a government problem… This is a societal problem… We have to educate America so they know what malign influence tastes like, smells like, looks like, so when they see it, they can call it out… This will take a whole of society approach, invoking the government, the intelligence community, law enforcement, social media, big tech companies, to be able to say what this is,” Evanina said in an interview with Fox News.

CCP-backed Companies Exploited the Paycheck Protection Program During The Pandemic