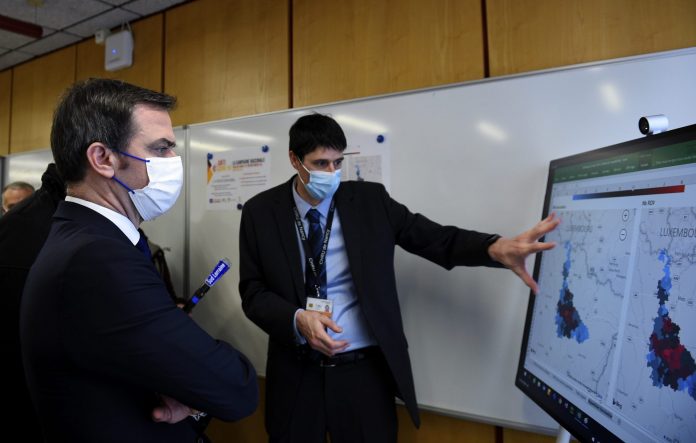 The French government’s effort to get citizens quickly vaccinated against the coronavirus is faltering due to skepticism among the public regarding the vaccine. In December, an Ipsos survey conducted with the World Economic Forum indicated that only two-fifths of the French population intended to get inoculated, one of the world’s lowest ratios. The younger population, who are at less risk against the virus, displays greater hesitancy to take the vaccine. Among nursing home workers, who belong to the priority groups targeted by the coronavirus vaccination campaigns, around three quarters do not plan to be vaccinated.

Some say that conspiracy theorists fuel the high level of vaccine hesitancy among the French. However, Florian Cafiero, a sociologist at the National Centre for Scientific Research, does not believe in this explanation. “It’s true there is a core of people who believe in conspiracy theories… But that doesn’t explain the huge distrust towards vaccines because it’s more than half the population, and more than half the population are not conspiracy theorists… The current government generated a huge amount of distrust over its management of the Covid crisis, and that’s reflected towards the vaccine,” he said to BBC.

The French distrust of vaccines has a historical background. In 1998, a controversy regarding the hepatitis B vaccine and its possible links with multiple sclerosis erupted. The government was forced to halt the vaccination campaign. This sent a message to the public that vaccination was dangerous, even though no links between the vaccine and multiple sclerosis were found in later studies.

In 2009, the government ordered 94 million vaccines to deal with H1N1 (swine flu). However, only six million citizens were vaccinated. As a result, people began thinking that the government was allied with big business, a sentiment that continues into the present.

As far as the coronavirus outbreak is concerned, the government discouraged people who were not frontline healthcare workers or infected with the virus from wearing masks early on in the pandemic also left a deep impression among the public. Some politicians straightforwardly expressed hesitancy towards the vaccines, while doctors like Didier Raoult, who is often featured in mainstream media, raised some concerns which furthered public suspicion towards the vaccine.

The coronavirus vaccines were manufactured quickly and has many people on alert, as they believe that these vaccines might not have been properly developed or tested. Like the one made by Pfizer, some vaccines have used mRNA technology to develop the final product. As this method is relatively new and has never been employed before in mass vaccination efforts, the vaccines were naturally viewed with skepticism. Reports of deaths in Norway from Pfizer’s mRNA vaccines only worked to strengthen this mistrust.

France has not made vaccination compulsory. Facing a high level of public suspicion, the government now faces the arduous task of convincing its people that the vaccines are safe. Failure will result in low vaccination rates and possibly little chance of achieving herd immunity.

“It’s important we don’t only communicate through politicians and senior civil servants in our ministries of health, we need other partnerships with lots of different organizations in civil society, through businesses, community organizations… Not all people trust their prime minister or civil servants, they need to get this message from friends or their boss at work … it has to be a very broad remit of communication,” Flemming Konradsen, professor of international environmental health at the University of Copenhagen, said to CNBC.