US Treasury to Appoint ‘Climate Czar’ to Advance Environmental Program 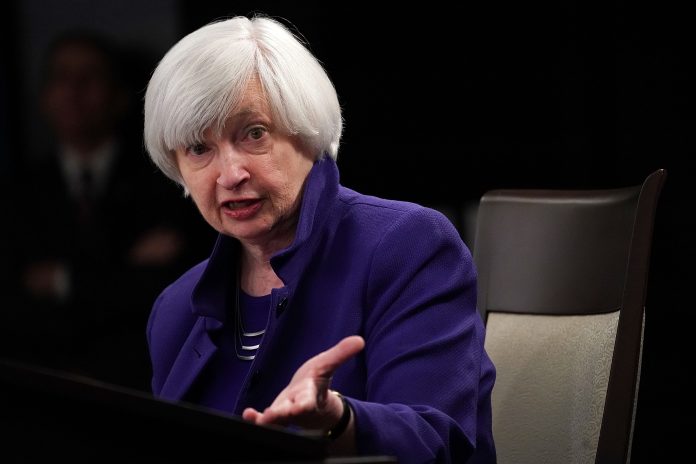 Janet Yellen, the U.S. Treasury Secretary, is planning to appoint a climate czar at the department who will be responsible for determining the effects of climate change on financial markets and promoting the necessary tax incentives to boost the use of renewable energy.

The leading candidate for the post is Sarah Bloom Raskin. She used to be the deputy Treasury Secretary during the Obama administration and is also a former Federal Reserve Board member.

Sarah is the wife of Democrat Jamie Raskin, who was a chief prosecutor during the Trump impeachment trial. At present, she is employed at the Duke University School of Law as a visiting professor, where she teaches how climate change impacts financial markets. Last year, an advocacy group called Ceres had published a report that recommended actions to be taken to protect the American economy from the negative fallout of climate change. Sarah was a key contributor to the report. She also encouraged the Fed to make use of climate stress testing.

Yellen’s focus on climate change is something that everyone has expected ever since her nomination. During the Senate confirmation hearing, she had made it clear that her primary focus at the Treasury will be to advance Biden’s climate agenda. Yellen had also indicated that she would support using the tax code to encourage individuals and businesses to adopt climate-friendly policies.

“Climate change is an existential threat to not only our environment but also our economy. President Biden has released a detailed plan to combat climate change… I will support him in implementing that plan at the Treasury. I believe we must seriously look at assessing the risks to the financial system from climate change. It will be an issue regulators will also have to think more about in the years ahead, and we need to ensure that we have appropriate processes and regulations necessary to assess and mitigate this risk,” Yellen had said in the statement.

Yellen is also expected to make it mandatory for banks and other financial institutions to conduct their climate stress tests and possibly require them to hold more capital to mitigate a higher potential risk. She might also impose portfolio limits on the financing of fossil fuels. Many Republicans are concerned about this issue and fear that additional regulations might discourage banks against carrying out business with fossil fuel firms.

In December, 47 congressional Republicans sent a letter to Jerome Powell, Chairman of the Federal Reserve. It raised concerns that the central bank might start using climate change scenarios in its stress tests on other banks, thus encouraging ‘de-banking’ of industries like oil, gas, and coal.

He points out that though the climate may have become warner, extreme weather phenomena have not become more extreme, rising carbon dioxide levels have not minimized human wellbeing, and that carbon emissions have reversed the trend of habitat loss.

“Almost everywhere you look, climate change is having only small, and often benign, impacts. The impact of extreme weather events ― hurricanes, tornadoes, floods, and droughts ― are, if anything, declining. Economic damages have declined as a fraction of global GDP. Death rates from such events have declined by 99 percent since the 1920s the climate-related disease has collapsed. And more people die from cold than warm temperatures,” he said in a statement.