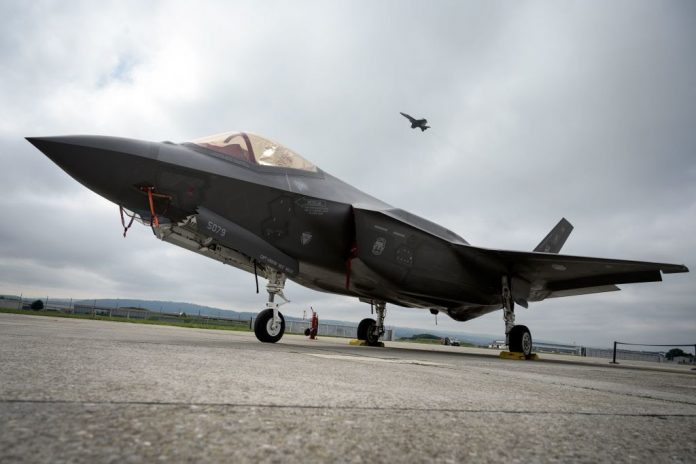 According to Financial Times, the Chinese Communist Party (CCP) is threatening to leverage its position as the world’s only major supplier of rare earth elements in a bid to pressure the United States’ manufacturing of  F-35 fighter jets.

Beijing, which controls more than 80 percent of global supply, wants to ascertain whether the U.S. can quickly secure an alternative source if it were to undertake sanctions on the materials to test the world’s most dominant military’s ability to continue to produce F-35 fighter jets.

The Lockheed Martin-produced aircraft require more than 900 pounds of metals for the production of each F-35. By comparison, an Arleigh Burke DDG-51 destroyer requires over 5,200 pounds, and an SN-774 Virginia-class submarine requires 9,200 pounds.

Rare earth elements are a group of 17 atomic elements, including 15 lanthanides (atomic numbers 57 through 71), plus yttrium and scandium. The metals’ unique properties, which usually manifest in a light silvery-white metallic form similar to aluminum, make the elements prime choices for the production of alloys, polishing compounds, batteries, magnets, catalysts, and phosphors.

The CCP has its foot in U.S. production, however. The Department of Defense awarded $9.6 million to MP Materials, who acquired Mountain Pass in 2017. According to Voice of America, Chinese rare earth manufacturer, Shenghe Resource Holdings holds a 9.9 percent stake in MP Materials.

A 2017 article by Air Force Magazine says that the most important use for rare earth elements in U.S. national security is in two types of magnet production, “Samarium-cobalt magnets are more resistant to demagnetization than those made from any other material. This quality—called high coercivity—means high temperatures do not make them lose magnetic strength. That makes them the best choice for many military applications.”

“In contrast, neodymium-iron-boron magnets are incredibly strong and light. By weight, they are almost 10 times more powerful than traditional ferrite magnets. That makes them ideal for use in the tiny electronic components such as disk drives that have helped make possible decades of computer-driven innovation,” says the article.

Rare earth element production is challenging. Although the substances are very abundant in the Earth, their deposits are dispersed rather than localized. To retrieve the elements requires mining rock, crushing it into a fine powder, and passing the powder through a series of tanks separating the elements from wastewater.

While the Party began restricting the production of rare earth in 2007 to keep prices high, it selectively enforces regulations, leading to many miners exceeding their quotas. The proposed controls would change the status quo,  imposing heavy fines for businesses who violate the rules.

An unnamed executive at Guangdong Rare Earth Group told FT, “The new rule is not going to make China stronger in the global supply chain when local mines can’t operate at full capacity, and an export ban is easier said than done.”

While David Zhang, an analyst at consultancy group Sublime China Information told FT, “China’s own rare earth security isn’t guaranteed,” he said. “It (the threat) can disappear when the US-China relationship deteriorates, or Myanmar’s generals decide to shut the border.”

This aspect of the rare earth war may become more prominent to the Party since Myanmar’s military, the Tatmadaw, conducted a military coup seizing control of the country from the woman who signed no less than 35 Belt and Road Initiative agreements with the CCP, Aung San Suu Kyi and her National League for Democracy, at the beginning of the month.