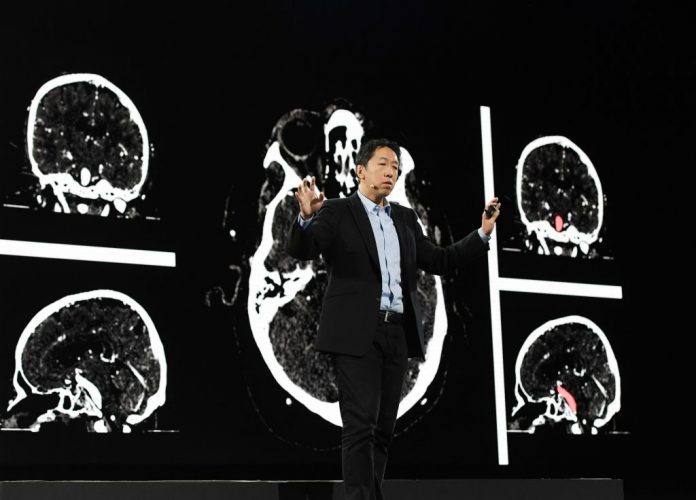 The TikTok account DeepTomCruise? has only three videos posted, but has amassed 1.1 million likes and more than 365,000 followers in a little over a week since its first post.

To a naked and unsuspecting eye, the videos look realistic and lifelike. There are only a few tells that reveal the videos aren’t authentic. In the video of “Tom Cruise” taking a golf swing, for instance, when he passes his sunglasses in front of his face, they disappear from the frame for a brief moment when the video is slowed down.

Deep fakes are generated from artificial intelligence platforms using what is called Generative Adversarial Networks (GAN), a system developed by Canadian Ph.D student, Ian Goodfellow, who once worked for Google and now works for Apple as Director of Machine Learning. GAN employs two deep learning neural network AIs in tandem. One network analyzes photographs and videos of the authentic person, using the source material as a template to draw synthesized images of the target, while the second neural network parses the generated images, separating what it believes to be the real thing from copies, greatly enhancing the accuracy of the final product.

A professor and digital images specialist at the University of California at Berkeley, Hany Farid, told Fortune the deep fakes “are incredibly well done,” and were most likely created using a method where an actor, who looks similar to Cruise and is adept at mimicking Cruise’s unique mannerisms and way of speaking, used deep fake software to overlay the top half of Cruise’s face onto the original.

A more telling example of the technology’s implications came from the Youtube account Crtl Shift Face posted in 2019 where impressionist Bill Hader appears on the Dave Letterman show to talk about his experience on the set of Tropic Thunder. Hader impersonates Tom Cruise throughout the interview, with Cruise’s face deep faked seamlessly over Haders as he does the impressions.

Since the ability to discern deep fakes from real videos is not apparent to the human eye, discernment lies with individuals, and the capacity to combine their subjective intuition with rational, objective analysis of videos and sound clips into a judgment call as to whether or not what they are seeing is authentic.

While almost all deep fakes are labelled in at least a semi-obvious way, such as Tiktok’s “DeepTomCruise” account, users new to the internet, such as children or people in developing countries, may be at greater risk to fall for unlabelled deep fakes as the cost of the technology falls and becomes more and more widely available for use.

In 2018, a video was published on Youtube showing President Barack Obama stating “We’re entering an era in which our enemies can make it look like anyone is saying anything at any point in time.” To illustrate its point, it continues “They could have me say things like, I don’t know…how about this, simply: ‘President Trump is a total and complete dipsh*t’.”

The video then cuts to a dual screen of actor Jordan Peele being the one speaking, illustrating how the technology works in real time.

In 2019, Facebook started a competition with a $500,000 top prize to find the best AI system to identify deep fakes. However, in the first year of the competition, which featured 3500 detection systems from 2100 entries, the best of the best had a meagre 65 percent detection rate.

Independent social media app Counter.Social boasted on Twitter that its DeepFake Detector functionality flagged and eliminated the DeepTomCruise videos with its algorithm.