Biden’s Equality Act to Advance LGBTQ+ Rights Around the World 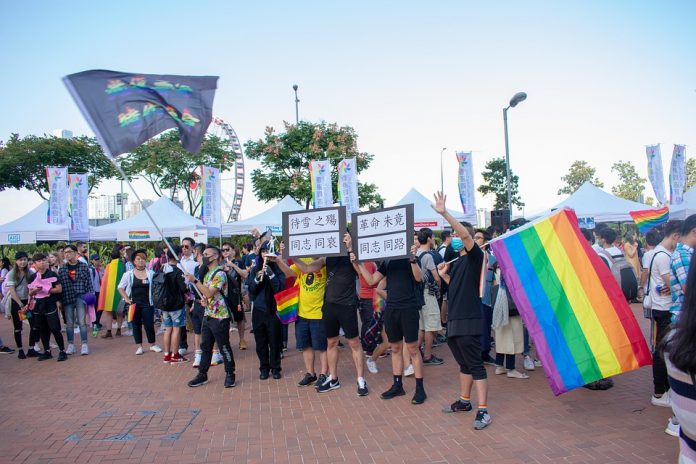 President Joe Biden has advocated for better LGBTQ+ rights and equality since his vice presidency with Barack Obama. His 2020 campaign included many promises for the LGBTQ+ community and he has vowed to sign the Equality Act within his first 100 days as President.

On his campaign website, Biden outlined “The Plan to Advance LGBTQ+ Equality in America and Around the World,” which includes $1 billion per year in juvenile justice reform, and a $20 billion grant program within the criminal justice system to encourage states to move from incarceration and toward prevention and rehabilitation, which he hopes will reduce LGBTQ+ interactions within the criminal justice system. Within the prison system, Biden wants to ensure that transgender inmates have access to OBGYNs and hormone therapy. His plan also aimed to end school discipline policies that disproportionately impact LGBTQ+ students, and claims: “Biden will restore the United States’ standing as a global leader defending LGBTQ+ rights.”

The Equality Act is central to Biden’s plans for advancing LGBTQ+ equality and rights. The act includes initiatives to prohibit discrimination based on sex, sexual orientation, or gender identity in areas such as public accommodations, within facilities, education, federal funding, employment, housing, credit, and within the courts. The act moves to amend the Civil Rights Act of 1964 to include the terms sexual orientation and gender identity, and prohibits discrimination from a restroom, locker room, or dressing room that coincides with one’s gender identity.

Biden claims: “Donald Trump and Mike Pence have given hate against LGBTQ+ individuals safe harbor and rolled back critical protections for the LGBTQ+ community.” Trump took many steps to weaken LGBTQ+ initiatives, but they were done mostly on religious grounds and backed by many religious leaders who felt some of these initiatives encroached upon their freedoms of religious belief.

The Washington Post claimed: “Biden’s ambitious LGBT agenda poises him to be [the] nation’s most pro-equality president in history.”

Despite that, there are some LGBTQ+ groups who are “cautiously optimistic” about a Biden administration. They feel that the curtailing of progress within the LBGTQ+ community caused by the Trump administration will take some time to overturn and are unsure whether Biden will get the proper support in the Senate and on the Supreme Court, which have a strong conservative presence.

Tim Schultz, a religious freedom advocate, outlined two potential paths for the debate over the Equality Act: “ongoing legislative gridlock, regulatory trench warfare and judicial decisions, which will happen independently of what the president does,” or active engagement by Biden for a new strategy that can win bipartisan support in the Senate, as reported by CTV News.