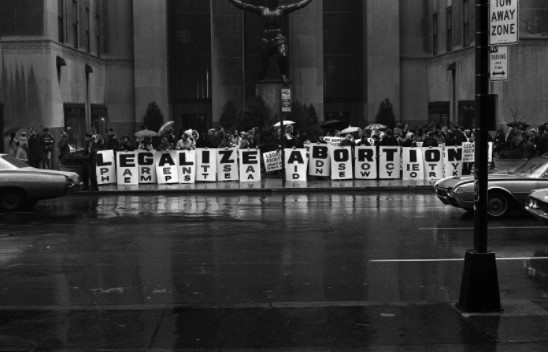 Carrie Gress is a mother of five, holds a Ph.D., and is a Catholic professor at Pontifex University. She is the author of the recently published book The Anti-Mary Exposed: Rescuing the Culture from Toxic Femininity. Yet her book on toxic feminism was censored on social media.

In the book, Gress explores the “Anti-Mary” concept — it is the antithesis of what Mary, Mother of Jesus, represents — a beacon of Christian womanhood. According to Gress, the “Anti-Mary” proponents consist of many elite American women who reject the idea of delicacy, motherhood, and traditional family relationships. In the late 1960s, “Anti-Mary” became very popular.

In her book, Gress explores the influence of the Dark Arts, Marxist roots of feminism, the power of female “demons,” and the overall control of “media, politics, Hollywood, fashion, and universities” by elitists.

Released by TAN Books in 2019, The Anti-Mary Exposed has done reasonably well in book sales. It has an Amazon Best Sellers Rank of #2,415 in Books with 423 reviews (88 percent 5 stars)

Facebook and Instagram jointly rejected advertisements promoting the book, claiming violation of “commerce policies.” According to the College Fix that revealed this censorship, the rejection message said that Facebook and Instagram removed the ads because listings “may not promote the buying, selling, or use of adult products.”

On Amazon, users could not always find the buy button on the book listing page. It was reportedly due to “glitches,” though many believe it was intentional to censor Gress.

“I think we will continue to see more of this, and a real pattern will emerge,” Gress said to Breitbart. She said that people have personally reached out and bought her book as a response to the blatant censorship. “People want to do something, anything to fight this Big Tech monopoly that we all feel like we are living under. So it is a great moment for people with fresh ideas to start building.”

After the censorship, TAN Books posted that their initial stock of the book sold out. Some people have blamed the algorithm for banning the book outright. That raises the questions: Who and on what basis are the tech giants employing people to program these platforms? Facebook has a long history of flagging, demoting, shadow-banning, and blatantly banning individuals. Susan B. Anthony List and Choose Life Marketing are two of the latest victims of this censorship.

In addition to the author, Catholic businesses are increasingly witnessing their products removed from platforms based on seemingly random disapprovals. For example, an Instagram page of The Simple Saints shop had a print of the Sacred Heart of Jesus that was “not approved” for sale.

Censorship has increased so much that even talking about censorship will get you canceled. For example, in a virtual morning announcement, principal Barton Thorne from Cordova High School in Shelby County in Tennessee spoke about free speech getting throttled by tech companies.

“Because there have been times even in American history where a small group of people decided what you could hear, you think about McCarthyism,” he told students in an audio recording obtained by WREG-TV. “If you don’t know about that, you can Google that or talk to your social studies teacher.”

Thorne was placed on administrative leave since he spoke about free speech after the Capitol breach and Donald Trump’s social media accounts suspension.

As for Carrie Gress, Facebook eventually replied, claiming an error on the part of the algorithm.

“If it were an isolated case, I wouldn’t give it all a second thought, but there seem to be a lot of glitches in algorithms with it affecting a lot more Catholic products than just mine,” she told Breitbart News.

The Timeless Story of Sun Wukong, the Monkey King

One of the most famous Chinese legends concerns the Monkey King, or Sun Wukong, known to the Chinese as a character from Journey to the West, one of China’s classic novels. The Monkey King created havoc in Heaven, and even the celestial warriors couldn’t subdue him. With the help of Lord Lao Zi and the God Erlang Sheng, the best […]

At the heart of this era-hopping, original, and ultimately satisfying book is the journey of one good man who learns what is truly worth...
Read more