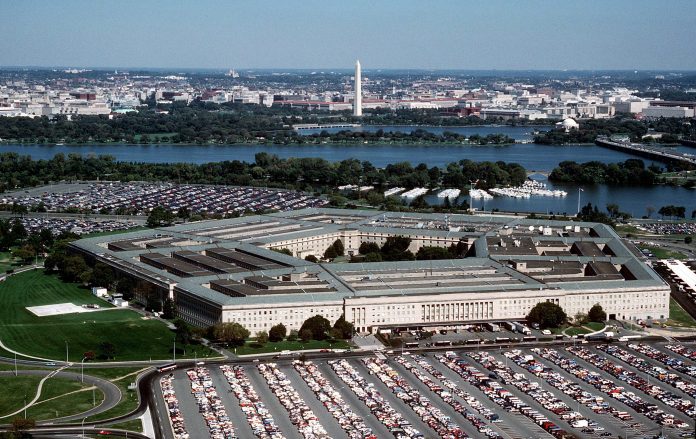 The United States has carried out airstrikes against Iran-backed Shia militant groups in eastern Syria. This is the first use of military force by the Biden administration. These groups are believed to have been involved in a rocket attack, on Feb. 15, against American targets in Iraq that killed a civilian contractor and injured six people. Four Americans were among the injured.

Pentagon spokesman John Kirby stated that the airstrikes targeted several facilities used by Iran-backed Khomeinist militia groups. This includes Kait’ib Hezbollah, whose members were responsible for another attack on the American embassy in Baghdad last year. According to Wikipedia, Kait’ib Hezbollah is an Iraqi Shia paramilitary group which is part of the Popular Mobilization Forces that is supported by Iran.

It is unknown whether the U.S. airstrikes resulted in any casualties. Kirby said that Washington has acted in a manner aimed at de-escalating the situation in eastern Syria and Iraq, and assured that President Biden will act to protect the lives of American and coalition personnel.

U.S. Defense Secretary Lloyd Austin told reporters that he is confident that the strikes hit Shia militants targets who were part of the Feb. 15 attack. “We said a number of times that we will respond on our timeline… We wanted to be sure of the connectivity and we wanted to be sure that we had the right targets… We allowed and encouraged the Iraqis to investigate and develop intelligence, and it was very helpful to us in refining the target,” he said in a statement.

Biden’s order for the airstrikes came one day after he spoke with Iraqi Prime Minister Mustafa Al-Kadhimi about the recent attacks. They had agreed that the perpetrators should be held fully responsible. The retaliatory strikes provided some breathing space to the Iraqi government, which is conducting its own investigation into the Feb. 15 attack.

A U.S. official revealed that the strikes were meant to send a message that, while Washington wanted to punish the militias, it does not want the current situation to escalate into a bigger conflict. A little-known militant group called the Saraya Awliya al-Dam (Guardians of Blood Brigade) took responsibility for the Feb. 15 attack. Tehran maintains it has no ties with the group.

Iraqi and Western officials have indicated, however, that Iran is employing smaller militant groups linked to Kata’ib Hezbollah to carry out attacks against U.S. interests in order to avoid being held directly accountable.

The Biden administration’s recent airstrikes have triggered disapproval from Democrat lawmakers who do not want the U.S. to meddle in Middle East affairs with unnecessary military action. Ro Khanna, member of the House Foreign Affairs Committee, pointed out that the airstrikes make Biden the fifth consecutive American president to order a strike in the Middle East.

Khanna said, “there is absolutely no justification for a president to authorize a military strike that is not in self-defense against an imminent threat without congressional authorization. We need to extricate from the Middle East, not escalate…”

“The President should not be taking these actions without seeking explicit authorization instead of relying on broad, outdated [Authorization for Use of Military Force laws]… I spoke against endless war with Trump, and I will speak out against it when we have a Democratic President,” Khanna said in a statement.

Mary Ellen O’Connell, a professor at Notre Dame Law School, stated that the airstrike was a violation of international law. She said that the United Nations Charter classifies an attack against a foreign sovereign state as lawful only if it is in response to an armed attack. O’Connell said that the Syria strike did not fulfill these conditions.