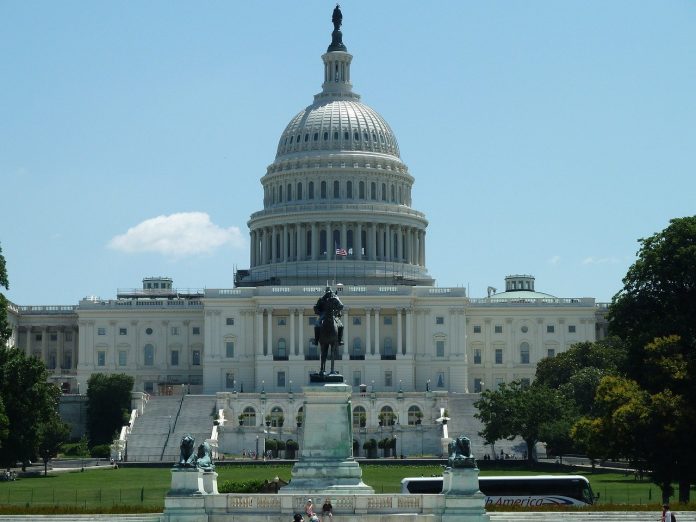 “Unable to accept defeat, Donald Trump waged an all out war on a peaceful transition of power. He lied to his followers again and again claiming the election was stolen from them, filed a mountain of frivolous lawsuits-nearly all of which failed, tried to intimidate election officials, and finally called upon his supporters to descend on Washington D.C. to ‘stop the steal’,” Swalwell said in a statement.

The Democrat alleges that it is the Defendants’ false and incendiary allegations of election fraud that eventually led to a violent mob attacking the Capitol and preventing Congress from counting electoral votes. The lawsuit, filed in a Washington federal court, makes allegations of eight counts including incitement to riot, infliction of emotional distress, disorderly conduct and terrorism, and conspiracy to violate civil rights.

Swalwell describes being trapped in a House chamber with other lawmakers and Capitol Police officers who were trying to ward off the mob. The Democrat wants the court to order all defendants to alert him in writing in case they plan on conducting a rally in the state of Washington that would attract over 50 people. The written notice must be sent a week in advance of the rally. The suit is also seeking unspecified damages.

Trump spokesman Jason Miller dismissed the suit, calling Swalwell a “low-life” who has “no credibility” and reiterating that the two Trump impeachments were based on lies. “Now, after failing miserably with two impeachment hoaxes… [Swalwell is attacking] our greatest President with yet another witch hunt… It’s a disgrace that a compromised Member of Congress like Swalwell still sits on the House Intelligence Committee,” he told USA Today.

Swalwell has been under criticism for being targeted by female Chinese communist spy Christine Fang, and is currently facing challenges from Republican Party members over his eligibility to continue serving in a House homeland security committee with access to classified information.

In February, a group of House Republicans wrote a letter to FBI Director Christopher Wray, asking him to brief  the Homeland Security panel about Swalwell’s intimate ties to the Chinese spy so that panel members can determine whether to restrict the Democrat’s access to sensitive information.

Swalwell’s attorney stated that they supported Thompson’s lawsuit but felt a need to file one of their own to hold Trump accountable for “spreading disinformation and inciting violence.”

In addition to Swalwell and Thompson, Trump is facing several other legal cases. This includes two sexual misconduct lawsuits in which Trump is accused of groping a woman in 2007 and raping an Elle magazine columnist in the mid-1990s.

Prosecutors in Atlanta have opened a criminal investigation into Trump’s January phone call with Georgia Secretary of State Brad Raffensperger in which he asked the official to find enough votes for him so as to overturn the election result in the state. Trump is also under criminal investigation from Manhattan District Attorney Cyrus R. Vance Jr., who is looking at whether the former president manipulated the value of his business assets.New York Attorney General Letitia James is conducting a civil investigation on Trump’s property business transactions. Trump also faces the possibility that the Justice Department will pursue some matters related to Special Counsel Robert Mueller’s investigation of the 2019 Russian interference scandal.