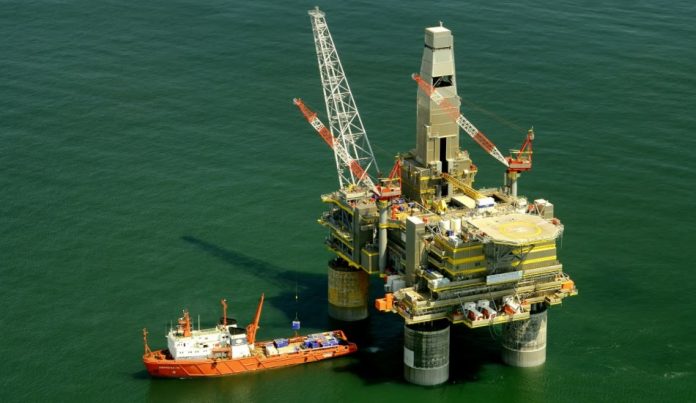 The New York Stock Exchange (NYSE) announced that it had started the formal delisting of the state-backed Chinese oil company CNOOC Ltd. The decision was taken in compliance with an executive order that former President Trump signed last November targeting companies with ties to the Chinese military.

These companies are named in a Pentagon blacklist. American investors are banned from funding any company on this list. CNOOC will stop trading at NYSE starting March 9, 60 days after the company was added to the blacklist. NYSE has not announced when the delisting process will be completed.

“The issuer has the right to a review of this determination by a committee of the board of directors of the exchange… The NYSE will apply to the Securities and Exchange Commission (SEC) to delist the issuer’s securities upon completion of all applicable procedures, including any appeal of the NYSE Regulation staff’s decision,” NYSE said in a statement.

CNOOC Ltd. had raised $15.4 billion from the NYSE back in 2001, which was the third biggest fundraising in the global oil industry. Many experts dubbed the listing, which came after China officially became a member of the World Trade Organization (WTO), indicating that the communist nation was embracing capital reforms. CNOOC listing in NYSE paved the way for other Chinese state-backed entities to list international exchanges.

The NYSE had delisted three Chinese telecommunication companies under similar circumstances – China Unicorn, China Mobile, and China Telecom. After President Biden was sworn in, the companies asked NYSE to reconsider the decision. However, NYSE went ahead with delisting the firms following Trump’s executive order.

The Biden administration did delay a ban imposed by Trump on American investment in Chinese companies on the Pentagon blacklist; the ban was initially supposed to come into effect on Jan. 29. Biden pushed back the deadline to May 27. The decision has further strengthened the belief that Biden might take a softer, conventional way of dealing with China instead of the aggressive manner in which Trump confronted Beijing.

The listed companies have more than 1,100 subsidiaries, many of which are part of indexes like FTSE, MSCI, etc. The indexes have dropped some of these companies and their subsidiaries. On Jan. 14, the then-Under Secretary of State for Economic Growth, Energy, and the Environment, Keith Krach, highlighted the need to move ahead with blocking American capital flows into Chinese military-linked firms.

“As long as these subsidiaries retain access to America’s capital markets, the PRC’s military will continue to be financed on the backs of American workers… Most Americans have no idea that their own money—held in pension funds, 401Ks, and brokerage accounts—is financing CCP’s military, surveillance state, and human rights abuses through an undisclosed opaque web of subsidiaries, index funds, and financial products,” Krach said in a statement.

On Jan. 13, Trump had issued an amended directive that mandates American investors to fully divest all interests in blacklisted Chinese firms by Nov. 11 this year. Index funds and ETFs will also be subjected to these restrictions. If U.S. investors have used these passive funds to procure shares of blacklisted entities, they will be forced to divest from such investments.