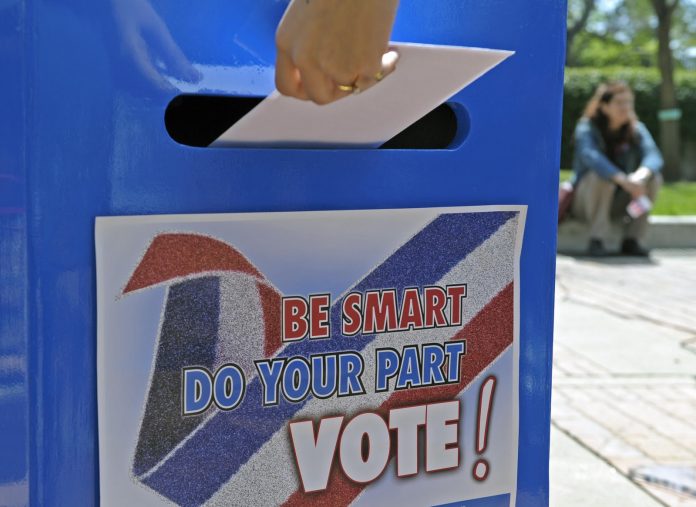 The Georgia Senate recently passed a bill that would end no-excuse ballot voting to strengthen election integrity in the state. The bill, SB 241, passed by a vote of 29-20 with Republican support, will now head for the House for further debate. All bills need to get 29 votes to get passed in Georgia’s 56 member senate.

With the bill’s passage, absentee voting would be limited to the elderly (aged 65 or older), people from out of town on Election Day, and those who are disabled. Those who are eligible to cast absentee votes must provide a driver’s license or some other approved identification. A voter hotline at the State Attorney’s office will be maintained for registering complaints of voter intimidation and other fraudulent activities.

Senate President Republican Butch Miller said that the legislation is meant to increase confidence in the election system among people, following election fraud claims in the 2020 presidential race. The new bill also mandates that the state restrict the use of mobile voting locations, be part of a multi-state voter registration system to verify voters’ eligibility, and obtain a court order in cases where polling hours need to be extended.

Senate Majority Leader Republican Mike Dugan, the bill’s main sponsor, pointed out that the county election officers were burdened in the 2020 presidential race due to a massive surge in absentee ballots. Over one million people used mail-in ballots during the recent election.

“The increasing burden on local election offices and the increased cost to each of our counties has risen significantly… In recent years the number of mail-in absentee ballots has increased to the point where counties are in essence running three elections simultaneously,” Dugan said in a statement.

Democrats have criticized the bill as modern-day voter suppression. Democratic Senator Jen Jordan spoke out against the bill’s lack of transparency, citing discrepancies that Republican members have promised to fix down the road.

He called the bill “shameful” as it would impact the fundamental right to vote for many people. Democratic Senator Lester Jackson accused the bill of being racist and said that it “smells like Jim Crow laws of the past.”

Republicans are also fighting against the Democrat supported H.R.1 For the People Act of 2021, which has the stated goal of improving voting access, specifically for people of color. The bill will make it easier to register for voting, to actually vote, create public financing, boost election cybersecurity, and so on. However, the bill has been criticized for several reasons.

Republican Mo Brooks said that the bill if enacted into law, will make U.S. elections similar to the decorative elections held in the former Soviet Union. He accused the bill of undermining the republic more than any other legislation, as it would automatically register people for voting from multiple government records. As such, the potential for some people to vote twice is huge. Also, non-citizens and millions of former convicts would be eligible to vote.

“There are dozens of provisions in this legislation that undermine the sacredness and the accuracy of the elections, and what we saw in a few places in the country in 2020 with the massive voter fraud that was occurring in those places would now become commonplace throughout the United States…”

“The reliability [and] the trustworthiness of American elections under H.R. 1 would be akin to those in the old Soviet Union, or in Cuba, or in Venezuela, or North Korea. Sure, you can vote, but your vote doesn’t count,” he told Breitbart.

Previous articleAstraZeneca COVID-19 Vaccine Suspended in Denmark, Italy, Norway, Ireland
Next articleGive Yourself a Break: The Power of Self-Compassion