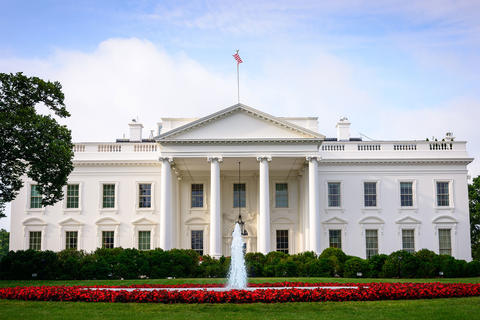 Executive Order 13848, titled Imposing Certain Sanctions in the Event of Foreign Interference in a United States Election, was issued more than two years ago on September 12, 2018, by President Donald Trump. The executive order was cast in a peculiar light at the time, as Trump was still embroiled in the collapsing Russiagate scandal, which was falsely trumpeted by Hillary Clinton, much of the Democrat Party, and almost all mainstream media claiming Trump won the 2016 election because of foreign interference conducted by Russia.

However, Executive Order 13848 may give President Trump and his team some well-timed and much-needed power to deal with today’s election irregularities.

Notably, it gives the President the ability to prove that fraud is real in this year’s election, and not, as many claim, just a collection of wishful allegations lacking in evidence by an unpopular President who does not want to admit more Americans voted for Joe Biden than himself.

The preamble to the executive order states: “Although there has been no evidence of a foreign power altering the outcome or vote tabulation in any United States election, foreign powers have historically sought to exploit America’s free and open political system. In recent years, the proliferation of digital devices and Internet-based communications has created significant vulnerabilities and magnified the scope and intensity of the threat of foreign interference, as illustrated in the 2017 Intelligence Community Assessment.

“I hereby declare a national emergency to deal with this threat.”

This national emergency, which has been in force since the date the executive order was issued, gives Director of National Intelligence John Ratcliffe up to 45 days following a national election to initiate an assessment of any information that might indicate a “foreign government, or any person acting as an agent of or on behalf of a foreign government, has acted with the intent or purpose of interfering in that election.”

In other words, the executive order requires Ratcliffe and his team to begin the assessment no later than Friday, December 18, 2020.

The executive order calls for a complete and thorough identification of “any foreign interference and any methods employed to execute it, the persons involved, and the foreign government or governments that authorized, directed, sponsored, or supported it [the interference].”

Ratcliffe will be required to present the assessment and any relevant supporting information to the President, Secretary of State Mike Pompeo, Secretary of the Treasury Steve Mnuchin, Secretary of Defense Christopher Miller, Attorney General William Barr, and Secretary of Homeland Security Chad Wolf.

Section 1.(c) of the executive order specifically requires the heads of all departments in the United States Government to comply with Ratcliffe’s investigation.

The executive order also required the Secretaries and Attorney General to have developed a framework “for the process that will be used to carry out their respective responsibilities pursuant to this order” 30 days after the September 12, 2018 date when the executive order was issued. This means a methodology for investigating foreign investigation into election fraud should have long since been established and in place before the November 3 Presidential Election took place.

Sidney Powell, who is pursuing election fraud litigation independently from Trump’s team, currently has multiple lawsuits filed at the Supreme Court of the United States regarding allegations of fraud and foreign interference. She told The Epoch Times: “Every machine, every voting machine in the country should be impounded right now. There’s frankly more than enough criminal probable cause to justify that, for anybody who’s willing to address the law and the facts purely on the basis of truth and not politics, or corporate greed, or global wealth.”

“Under the emergency powers, he could even appoint a special prosecutor to look into this, which is exactly what needs to happen,” she said.

The executive order authorizes sanctions against those who “have directly or indirectly engaged in, sponsored, concealed, or otherwise been complicit in foreign interference in a United States election,” giving the Secretary of State, Treasury, Homeland Security, and Attorney General the ability to block all “property and interests in property” in the United States now or in the future, or which come under the control of any U.S. person, so that they cannot be accessed, transferred, or sold.

The sanctions also block any financial institution in the U.S. from providing loans, credit, or foreign exchange transactions, and the purchasing of debts or equity related to any such sanctioned entity.

Most notably, the sanctions apply powerfully to the “largest business entities licensed or domiciled in a country whose government authorized, directed, sponsored, or supported election interference,” and may apply to “at least one entity from each of the following sectors: financial services, defense, energy, technology, and transportation (or, if inapplicable to that country’s largest business entities, sectors of comparable strategic significance to that foreign government).”

Veteran litigation attorney Leigh Dundas said in a November 2020 video on her Youtube channel that this could have enormous consequences for countries such as Canada and Spain: “According to Bloomberg, Dominion voting systems is Canada’s largest election system provider and the company is based in Toronto, Canada.”

Dundas pointed out Spain’s connection to World Economic Forum principal George Soros, through a company called SCYTL, headquartered in Barcelona. Soros is a billionaire investor and philanthropist known for financially supporting liberal and progressive politics, and SCYTL is a Spanish provider of electronic voting systems and technology.

“Nishant Shah is also connected to the Acumen Foundation where George Soros’s daughter sits on its board,” she said.

Dundas also noted that the verbiage in the first sentence of the executive order, “covert distribution of propaganda and disinformation” may fatally imperil mainstream media and social media companies should it be uncovered that they colluded with a foreign power.

The executive order specifically clarifies the use of the term “covert”: “the term ‘covert,’ with respect to an action or attempted action, means characterized by an intent or apparent intent that the role of a foreign government will not be apparent or acknowledged publicly.”

Sidney Powell said, should Director Ratcliffe complete his duties in accordance with the executive order: “It’s going to blow the mind of every citizen in the country who’s willing to look at the truth and the facts.

“Because there’s never — we’ve never witnessed anything like this in the history of this country. And it’s got to be stopped right now or there will never be a free and fair election.”