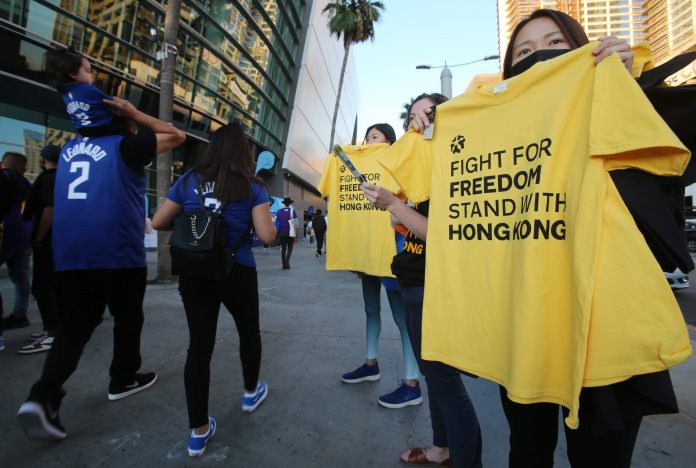 Hong Kong Broadband Network (HKBN) confirmed this on Thursday. HKBN conducted this first-of-its-kind censorship move, the fall of a blow that has been anticipated since Beijing violated its promise to the United Kingdom and the world to keep Hong Kong a democracy under “One Country, Two Systems.” Amid the promise of the handover, Hong Kong was to remain a democracy until at least 2047; but this was betrayed by the installation of the National Security Law this June.

“After discussing and investigating with our supporters, we found that some ISPs of Hong Kong [have] deliberately dropped any connection to our servers…resulting in an inability to access our content. Some of the websites that share the same IP address [were] also affected,” read a statement by HKChronicles translated by crowd-funded independent media Hong Kong Free Press (HKFP).

“We believe that exposure of these people serves an important role in social movement. Police often acted brutality [sic] to citizens because they could hide behind their uniforms, their masks, and their government. Exposing their personal information could rip these curtains apart and reveal their horrific self to the general public.”

HKBN was not alone in this suppression action against the pro-democracy news site and was joined by peers, including Smartone and China Mobile Hong Kong.

The website describes itself in an English language 2019 mission statement as “we currently covers [sic] details to locate police officers, who committed serious crime and brutality towards citizens of Hong Kong, and the supporters of such tyranny.”

Credible reports of police brutality against pro-democracy activists have included rapes and brutal beatings. Incidences of “suicide” were also considered linked to police brutality, including cases of “suicides” who tumbled from tall buildings but upon examination were found to have already been dead for days. HKFP, a popular news outlet among the Hong Kong activists whose journalistic stance appears sympathetic to HKChronicles described the website as a “pro-democracy doxing platform, revealing the personal information of police officers and pro-Beijing supporters.”

HKChronicles’ mission statement elaborates their reason behind the doxing: “We believe that exposure of these people serves an important role in social movement. Police often acted brutality [sic] to citizens because they could hide behind their uniforms, their masks, and their government. Exposing their personal information could rip these curtains apart and reveal their horrific self to the general public.”

HKChronicles uses an example from Serbia: “A good example of this was noted in the book The Dictator’s Learning Curve: Inside the Global Battle for Democracy. The book mentioned that during the October 5 Revolution in Serbia, there was a ruthless chief police officer who enjoys torturing young protesters. Serbians responded by creating a poster with the photos of him torturing citizens, alongside his name and telephone number. They posted such information in the shopping malls where his wife will go to, and schools where his children was educated. On the poster, they urge citizens to call the police officer, asking why he was torturing Serbian’s future generations.

“This movement shocked his family, and his family soon became rejected in almost all aspects of society. By putting the supporters of brutality and tyrannical government under the spotlight, the supporters of tyranny could only realise what they have done and how citizens hated their acts.”

The National Security Law, which claims its purpose is the “full and faithful implementation of the policy of One Country, Two Systems,” is specific in delegating power over Hong Kong to the mainland: “The Central People’s Government has an overarching responsibility for national security affairs relating to the Hong Kong Special Administrative Region.”

While Article 11 of the Law dictates that Chief Executive Carrie Lam directly reports to the CCP in Beijing, Article 43 specifically requires, in cases “concerning offence endangering national security,” that Hong Kong Police can order “a person who published information or the relevant service provider to delete the information or provide assistance.”

Last week, more than 50 democracy activists were arrested and charged for conducting an unofficial primary election where more than 600,000 Hong Kong citizens participated. Hong Kong police deployed 1,000 officers during the arrests, which were mostly men ranging in age from 23 to 79.

Previous articleCOVID-19 May Have Escaped From Wuhan’s High-Security Biolab, State Department Says
Next articleUK Coronavirus Strain to Become Dominant in the US by March

Iran Elected to UN Commission on Status of Women

The extremist dictatorship of Iran has been elected to the UN Commission on the Status of Women (CSW) for a four-year term after a...
Read more
China

Chinese Websites List Uyghur Laborers for Sale by the Batch

An annual religious freedom report by a Christian rights organization has determined the Falun Gong meditation practice to be the largest spiritual group in...
Read more