Home US 135 Vehicles Involved and at Least 6 Dead in Devastating Crash on...
US 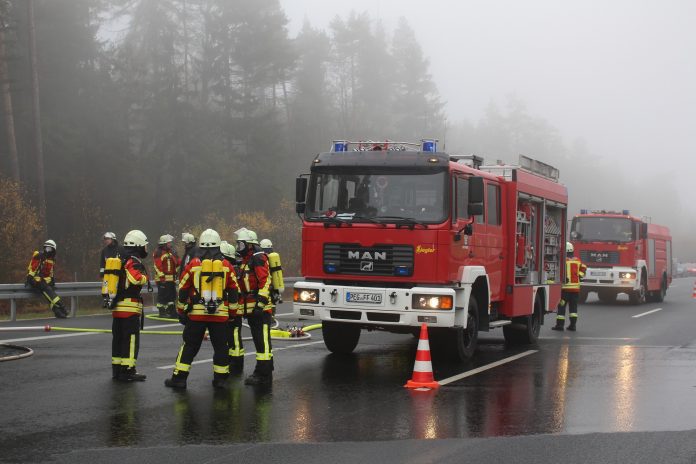 A huge collision on the I-35W highway in Fort Worth, Texas, Thursday morning resulted from unusual road conditions caused by freezing rain that created black ice. The crash piled up around 135-vehicles and spanned more than a mile long. Six people are confirmed dead.

At least three 18 wheeler semi-trucks were involved in the collision, which left many trapped in the piled-up vehicles. The accident required 14 ambulances, including an ambulance bus, 26 fire response vehicles, and 80 police units. It took first responders hours to get everyone out of their vehicles. A total of 36 people were injured at the scene, and several were severely wounded. Many of the people involved were frontline workers, like police and hospital workers who were on their way to work during morning rush hour.

One Hospital worker who was on her way to work said:

“There was a couple of cars like kinda stalled on the tollway…so due to the ice, the brakes just locked and you just rammed into cars. Whenever I rammed into another car, I don’t know what prompted me to get out, but thank God I got out because it’s now pinned underneath an 18-wheeler; I’ve never been so grateful and blessed to be alive. It was terrifying, the most awful experience.”

It was not clear whether or not the highway had been treated with salt, and many people will be interested in the investigation results to be conducted. First responders had a hard time even walking on the treacherous road conditions.

Fort Worth Police Chief Neil Noakes said the day of the accident:

“The scene we saw today is really, probably, unlike anything any of us have seen, and we pray to God we never see it again. Our hearts, our thoughts, our prayers go out to everyone negatively affected by this tragic incident.”

The rare winter road conditions caused an increase in collisions across north and central Texas. There was a 25 car pile-up in Austin, and Arlington police responded to more than 30 crashes by 10 am on Thursday.

“This was an unbelievable scene from the perspective of not only the scene safety issues, the multiple casualties that we had. It was dark. It was freezing cold. It was raining and freezing when the rain hit the ground,” said Matt Zavadsky, a spokesman for MedStar Ambulance Service. “This is an incident that our agencies train for but hope and pray that never happens.”