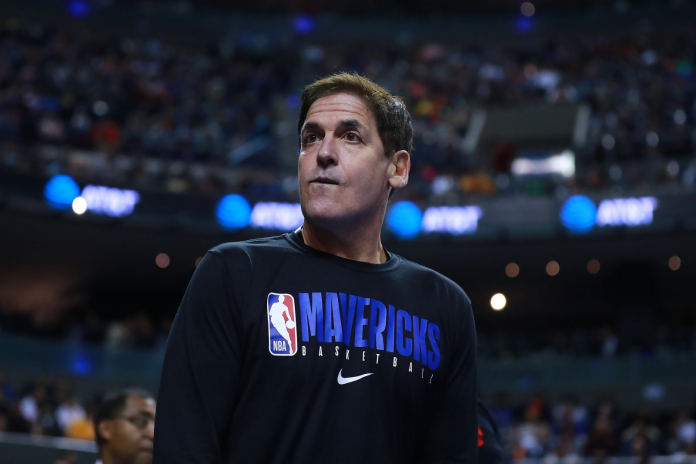 Mark Cuban, the outspoken owner of NBA team Dallas Mavericks, has completely reversed his position regarding playing the American national anthem before the games.

Earlier, Cuban had prohibited the anthem before his team’s home games as he felt many Americans did not feel the song represented them. As such, the Mavericks had not played the anthem for much of the current season.

However, the NBA stepped in and mandated that all teams play the anthem in line with league policy. With the NBA insisting on continuing the tradition, Cuban had little choice but to change his stance on the issue.

Cuban said in a statement:

“We respect and have always respected the passion people have for the anthem and our country… But we also loudly hear the voices of those who feel that the anthem does not represent them. We feel that their voices need to be respected and heard because they have not been Going forward, our hope is that people will take the same passion they have for this issue and apply the same amount of energy to listen to those who feel differently from them. Only then can we move forward and have courageous conversations that move this country forward and find what unites us.”

The NBA knew about Cuban’s decision not to play the anthem right at the start of the season. But since the number of fans attending games was on the lower end, the policy did not attract any negative attention, and the NBA did not care about it.

However, after fans began turning up in large numbers, many complained about the absence of the anthem. The issue blew up, forcing the association to take a stand on the matter and mandate playing the anthem before the games start.

To some people, NBA’s support of playing the anthem came as a surprise, since an initial report by ESPN had claimed that Cuban’s decision to avoid the anthem was based on his consultation with NBA commissioner Adam Silver.

Meanwhile, the Biden administration has openly supported the protests against playing the national anthem at sporting events. White House press secretary Jen Psaki stated that even though she did not speak about Cuban’s decision with Biden, the president’s view on the issue aligns with those of the protestors.

Psaki said in a statement.

“Part of the pride in our country means recognizing moments where we as a country haven’t lived up to our highest ideals… It means respecting the right of people granted to them in the constitution to peacefully protest… That’s why he ran for president in the first place, and that’s what he’s focused on doing every day.”

Jack Brewer, who was formerly associated with Minnesota Vikings, noted that Cuban’s hopes of becoming the American president are “officially over” due to his act of banning the anthem before games. The fact that Cuban did not feel represented by the anthem is a “slap in the faces” of American citizens.

Cuban has admitted several times of his wish to run for the White House. He toyed with the idea back in 2016 and also for the recent 2020 presidential race. In 2019, Cuban stated that he would run for the presidency “if circumstances were right.” But in opposing the anthem, Cuban’s chances of receiving any widespread support among American people for his presidential bid is now almost non-existent.