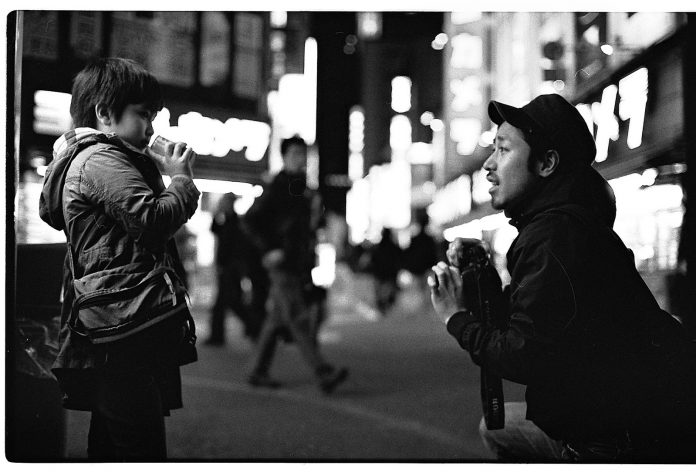 Fan Xiaoqin first became an internet sensation and child celebrity in China in 2016 due to his uncanny resemblance to Chinese entrepreneur Jack Ma, earning him the nickname of “Little Jack Ma.”

It came to be that the young boy’s fortunes paralleled Ma’s. Unfortunately, it took a turn for the worse in November last year when Alibaba Group founder fell out of favor with the Chinese Communist Party (CCP), and Chinese leader Xi Jinping suspended his Ant Group initial public offering (IPO).

Fan was returned by the Agency to his former hometown. His family was shocked to discover that he had not developed normally during his six years of fame.

Humble origins and rise to stardom

Fan Xiaoqin was born in 2008 in a small village in Jiangxi province. The family lived in abject poverty, and both Fan and his brother were unable to attend school. Their 59-year-old father grew rice and was the sole breadwinner for the family of five. The household was plagued with hardships. Fan’s father became disabled over 40 years ago after being bitten by a poisonous snake and having his right leg amputated. His mother suffers from polio and is blind in one eye, while his grandmother has Alzheimer’s disease.

The family’s fortunes suddenly improved in 2015, after a fellow villager came home from the city one day and noticed that seven-year-old Fan looked remarkably similar to entrepreneur Jack Ma. The villager snapped a few photos and posted them online. The images drew the attention of several netizens, including Ma himself.

2015 was one of Jack Ma’s most successful years. He was so popular in China that wholesale markets were selling statues of the “God of Fortune” with Ma’s face on it. After seeing posts of Fan’s photo online, Ma said, “The first time I saw this kid, I thought my family uploaded a photo of me when I was a kid.”

In November 2016, eight-year-old Fan began receiving endorsement deals, taking part in live-streaming and offered multiple video contracts. His dilapidated home in the rural village suddenly became a popular tourist attraction. Many agencies contacted the family with hopes of profiting off of the little boy’s fame. Overwhelmed with sudden fame and fortune, the family said they felt like they had won the lottery.

In 2017, an online Chinese agency offered Fan’s family some benefits in exchange for custody. The agency promised to send him to a prestigious school and pay for his food and lodging. Given their poor quality of life in the rural village, Fan Xiaoqin’s father acquiesced.

Nine-year-old Fan was sent to Shijiazhuang, a city 1500 kilometers away from his hometown. He was enrolled in first grade at a local elementary school, where he not only enjoyed living in the most expensive neighborhood near the school but also had a TV, air conditioning, and a caregiver. Fan was only allowed to spend ten days each year with his family during the Chinese New Year.

Abandoned and returned to poverty

In 2020, Fan’s popularity plummeted, essentially due to Jack Ma’s misfortune. The Amazon rival was known for making statements that challenged or criticized the CCP Regime; thus, he became a target.

In a controversial speech at a financial summit in Shanghai on Oct. 24, 2020, Ma publicly criticized Chinese regulators and stated that “China’s financial sector basically doesn’t have a system,” which reportedly angering Xi Jinping, Wang Qishan, and other senior CCP officials.

Ma mysteriously disappeared from the public eye for nearly three months until he emerged in an unspecified location on January 20 to deliver a video speech to 100 of China’s rural teachers.

Coinciding with rapid changes in China’s political climate during the past few months, most of the stories that cast Jack Ma in a favorable light were removed from Chinese online platforms and replaced by official media articles accusing his corporate empire of monopolizing the market. Public opinion shifted rapidly, with netizens accusing Ma of being a “villain,” “evil capitalist,” and “vampire.” People even left comments on his articles with the political slogan, “Workers of the world, unite!” from the Communist Manifesto.

Since Fan’s career was highly contingent on Ma’s continued success, the agency decided to release the boy and send him back home. Chinese media confirmed on Feb. 11 that the boy had returned from Shijiazhuang to his rural village, but he was not in a good state. Despite the education he had received from the agency, the 13-year-old boy could not answer even simple arithmetic questions. He had not grown any taller in six years and was determined to have the medical condition of dwarfism. He also had many spots on his legs. The story of his sad decline raised concerns all over China.

A journalist traveled to Fan’s hometown and discovered that the 13-year-old boy was only as tall as a seven-year-old, with unkempt hair, disheveled clothes, and a swollen stomach. When the journalist asked him what “two plus two” was, the boy responded with “two” the first time and “three” the second time. Fan could not count on his fingers or differentiate between the numbers three and four, indicating that he was likely intellectually impaired.

The journalist found that the only tasks that Fan was able to complete was shouting the slogans he was taught by agencies, such as “Ali-Alibaba, Alibaba is a happy young man,” greeting and blowing kisses, and asking the cameramen for money. When reporters interviewed him, he would say, “You need to pay for taking pictures of me.”

Netizens assumed the multiple small spots on his legs were needle marks. They speculated whether growth-inhibiting hormones had been injected into Fan, to keep him small.

The recent exposure of Fan’s condition has sparked concern in China. There are rigid restrictions for children on many online media platforms, such as YouTube, which do not allow minors under 13 to conduct live streams without adult supervision. Yet, there still exist loopholes, especially in China, where Fan’s story has inspired others to exploit children for profit.

In September 2020, a 3-year-old girl named Peiqi was purposely overfed high-calorie foods by her parents to attract online viewers. She weighed over 35 kilograms (77 pounds) and was dangerously obese. Despite widespread condemnation, her parents denied any sense of wrongdoing.

The topic of child celebrities has always been controversial, as short-term profit can be at the expense of detrimental effects on a child’s mental and physical health.

In China, the successes of these children are frequently linked to politics. If nothing else, Little Jack Ma’s story should warn parents and people of the destructive consequences that may result from being ignorant.