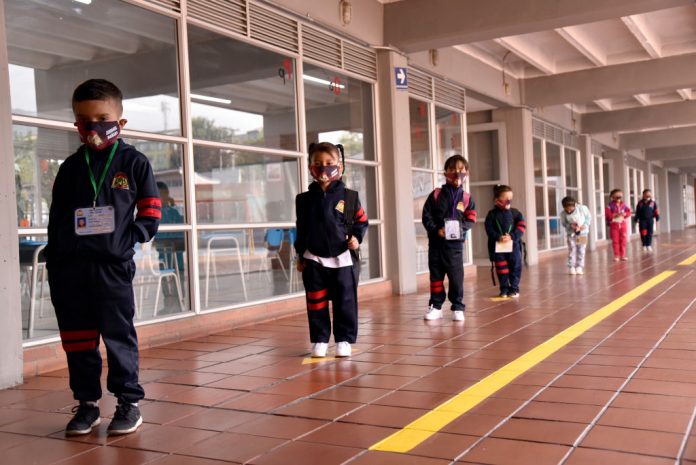 Measures enacted to combat the SARS-CoV-2 novel coronavirus pandemic are taking a grave toll on school children, a lawsuit filed by the City of San Francisco against the San Francisco Unified School District (SFUSD) alleges.

“Research is increasingly showing that the mental and emotional health of many students is at greater risk during the pandemic as they struggle with distance learning,” says the lawsuit, which seeks to force SFUSD schools, now closed for close to a year, to re-open.

Alarms are sounding for the mental and emotional health of students, and loudly, according to Dr. Jeanne Noble, University of California San Francisco (UCSF) COVID Director. “There are so many kids in this pandemic who just haven’t been heard from at all,” she said in a Jan. 31 article with the San Francisco Chronicle.

“Every place you look — signs of social phobia and isolation all the way up to suicide attempts — screams crisis.”

In a Feb. 11 Associated Press article, a concerned mother said her 15 year-old daughter often  “cries in the middle of the day out of frustration.” She recently found her child “curled up in a fetal position, crying, next to her laptop at 11 a.m.”

School reopenings anything but normalcy

In some areas, school reopenings have been a welcome, albeit somewhat dystopian sight.

Just above the optimistic sentiment, however, is a headline photo of students contained inside of something that looks like a single-person outhouse-shaped tent as they play instruments in the band class.

Eastmont Principal Lance Noell tried to emphasize the positives in returning to in-person learning for both students and teachers, but he was honest about the gravity of what he was hearing from his pupils, “The stories I hear from them are dark. It’s disturbing and scary.”

The Wenatchee World article says Monday’s session remains virtual on Zoom, but students come to class Tuesday to Friday, but on a split shift schedule where half attend a morning session and the other half attend an afternoon session in order to enforce social distancing notions, leading to some students being socially separated from their friends.

The article says Noell expressed “one of the fears with the A-B schedule is that students would eat lunch at school, risking exposure with their masks off,” but says most students instead leave campus for lunch, where they invariably mingle.

A senior at Wenatchee High said she was “Excited to be back in the building with friends and around teachers,” adding “It’s so much easier to being in the classroom than being in Zoom.”

A ‘brave new world’ of restrictions and surveillance

A June 2020 article by Wired titled “It’s Ridiculous to Treat Schools Like Covid Hot Zones” was rather apt in its predictions of things to come: “When students head back to class this fall, they may find themselves isolated from each other and wearing masks.”

Wired said the U.S. Centers for Disease Control guidelines “conjures up a grim tableau of safety measures: children wearing masks throughout the day; students kept apart in class, their desks surrounded by 6-foot moats of empty space; shuttered cafeterias and decommissioned jungle gyms; canceled field trips; and attendance scattered into every other day or every other week.”

The article also discussed how Ohio’s New Albany-Plain School District, composed of five schools and almost 5000 students, were looking to surveil its population with Bluetooth tracking devices in order to ensure social distancing requirements were being followed at all times.

“We are very much interested in the automated tracking of students,” said Superintendent Michael Sawyers.

A July 2020 article by Yahoo Finance revealed makers of plexiglass barriers were gorging themselves on a bonanza of orders from schools who intended to ensure an additional layer of isolation for their students.

“Orders have been substantially higher [than normal]. So we are really, at this point, running all our sheet machines at full capacity… around the clock,” said Ryan Schroeder, CEO of Plaskolite, one of the largest manufacturers of plexiglass.

The article revealed a Dallas-area school board ordered almost five miles of the material.

Pandemic isolation outside the classroom

In January, the Flaming Lips played a concert in Oklahoma City where all attendees, including the band, were isolated in plastic bubbles.

Nathan Poppe, a camera operator at the concert, described the setup on Twitter as a 10 by 10 grid of plastic bubbles that could hold possibly as many as three people equipped with “a fancy high frequency supplemental speaker inside each bubble as well as a water bottle, a fan, a towel and a “I gotta go pee/hot in here” sign.

“The rules are pretty straightforward. You can have your mask off inside the space bubble, but it has to go back on if you leave the space bubble. You roll your bubble to the exit and unzip it at the door to leave,” he said, adding that leaf blowers were used to provide cooling to individual bubbles.