Home US Mike Pence: ‘For the People’ Act Will Increase Election Fraud
US

Mike Pence: ‘For the People’ Act Will Increase Election Fraud 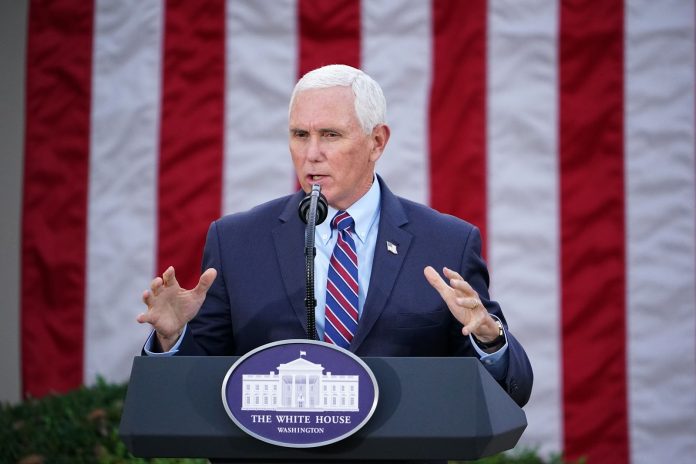 Former Vice President Mike Pence, who has mainly been silent after exiting the White House, has criticized the Democrats for their proposed H.R. 1 bill or the “For the People Act.”

In an op-ed in The Daily Signal, Pence said that he, like millions of other Americans, has concerns about the integrity of the 2020 presidential race. He’s worried that the bill will only “increase opportunities for election fraud,” further eroding people’s confidence in the election process.

“H.R. 1 mandates the most questionable and abuse-prone election rules nationwide while banning common-sense measures to detect, deter, and prosecute election fraud… Leftists not only want you powerless at the ballot box, they want to silence and censor anyone who would dare to criticize their unconstitutional power grab,” Pence said in the op-ed.

The former Vice President listed out some of the things he finds problematic with the H.R. 1 bill:

Pence warned that if H.R. 1 is passed, it would erode America’s foundational principles and permanently harm it. He asked political leaders to reject the Democrat push to nationalize elections and instead focus on implementing state-based reforms to protect American votes’ integrity.

The Biden administration fully supports the bill. It states that the bill is necessary to strengthen American democracy after former President Trump’s failed efforts to overturn the results of the 2020 presidential election.

The House passed the bill in 2019, but it was never taken up by the Senate, which, at that time, was under Republican control. Democrats currently have a one-seat majority in the Senate, giving them a slim chance of passing H.R. 1 through the upper chamber.

There have been speculations that Pence and Trump are not on cordial terms. During the Jan. 6 electoral college vote counting, Pence refused Trump’s suggestion to challenge the election results’ congressional certification. Subsequently, Trump had accused Pence of not having the courage to protect the country.

However, Republican Representative Jim Banks recently revealed that Pence praised Trump in a meeting with GOP members and that the two leaders are in touch.

“Vice President Pence made it very clear that he’s proud of the Trump administration’s accomplishments, and he spoke favorably of President Trump and their relationship… I got the sense they speak often and maintain the same personal friendship and relationship now that they have for four years,” he told CNN.