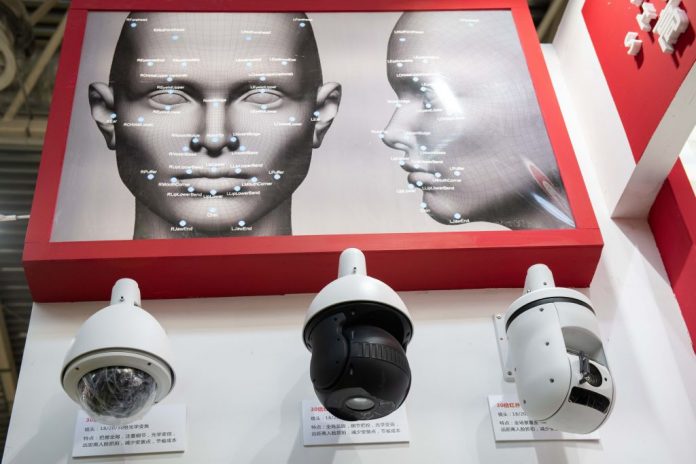 “America is not prepared to defend or compete in the AI [artificial intelligence] era,” according to a 750-page report published on March 1 by the National Security Commission on Artificial Intelligence (NSCAI). The NSCAI is a bipartisan group that includes 15 technologists, national security professionals, business executives, and academic leaders. The report emphasizes China’s exploiting artificial intelligence, “We take seriously China’s ambition to surpass the United States as the world’s AI leader within a decade.”

China’s New Generation Artificial Intelligence Development Plan of July 2017 designated AI as a key priority across all levels of government and stakeholders. Five open innovation platforms were launched to advance development of AI, catalyzed by entities such as Baidu, Alibaba, Tencent, iFlytek, and Sensetime.

Many applications of AI can be perceived as beneficial, such as driving, smart cities, medicine, smart voice, and intelligent perception. However, China’s AI has entered the realm of questionable ethics, including AI-led warfare systems, state-of-the-art surveillance technologies, and targeted disinformation campaigns.

“Chinese military strategists anticipate a transformation in the form and character of conflict, which is seen as evolving from today’s “informatized” warfare to future “intelligentized” warfare,” said Elsa Kania, adjunct senior fellow at Georgetown University, in a 2019 testimony to the U.S.-China Economic and Security Review Commission.

The CCP is seeking out new mechanisms for victory, including exploration of human-machine coordination and confrontation. Rather than emphasizing safety and human supervision, this “new ‘system of systems’ consists of not only intelligent weapons but also a new military system of systems that involves human-machine integration and with (artificial) intelligence in a ‘leading’ or dominant position.”

The National University of Defense Technology (NUDT) is seen as a cornerstone of PLA scientific research and advancement, and has partnered with the Academy of Intelligent Sciences to research “intelligent robotics, including bionic robotics and autonomous control, such as swarm intelligence.” Also, war-gaming designed around real-world scenarios has been explored by PLA’s National Defense University as a research and teaching tool.

The Internet of Things (IoT) and 5G are likely to be featured in intelligentized weaponry due to the connectivity that allows for “improvements in data sharing, new mechanisms for command and control, and enhanced systems to fulfill future operational requirements.” Furthermore, 5G will likely “allow for machine-to-machine communication among sensors, drones, or even swarms on the battlefield, as well as improvements in human-machine interaction.”

Another key element is data, which PLA scholar Zuo Dengyun describes as the “blood” of naval operations. The PLA strives to “obtain massive amounts of information through data deposits, grasp the weaknesses of enemy systems through data mining, share the operational situation through data presentation, and open up multi-domain joint channels, activating the ‘sense’ of ‘smart’ network empowerment.” In the future, wars could become a “game of algorithms.”

Authoritarian regimes such as the CCP have long been known to use surveillance as a means of influence and control, with AI-powered technologies such as face recognition, biometrics, predictive analytics, and data fusion.

According to a PBS FRONTLINE documentary called “In the Age of AI,” the Chinese regime has detained up to one million Uighur Muslims and has made Xinjiang a “test project for forms of extreme digital surveillance.” The AI system is supposedly able to predict which individuals are most likely commit acts of “terrorism” and need to be “reeducated” at camps.

Sophie Richardson, the China director at Human Rights Watch, told FRONTLINE, “The kinds of behavior that’s now being monitored — you know, which language do you speak at home, whether you’re talking to your relatives in other countries, how often you pray — that information is now being Hoovered up and used to decide whether people should be subjected to political reeducation in these camps.”

The technology is already installed throughout China, complemented by rural surveillance programs such as the Sharp Eyes Project, which monitors the homes of citizens and shames dissidents publicly by announcing their names and addresses over a loudspeaker.

To further persecute the Uighur population, activist lawyer Nury Turkel told FRONTLINE, that they even “have barcodes in somebody’s home doors to identify what kind of citizen that he is.” Turkel warned that novel technologies were continually being developed to discourage rebel activity.

Chinese companies such as Huawei, Hikvision, Dahua, and ZTE have sold AI surveillance technology to 63 countries, 36 of which are involved with China’s Belt and Road Initiative. Huawei is the most prolific supplier, accounting for sales to at least 50 countries. To encourage less wealthy nations including Kenya, Laos, Mongolia, Uganda, and Uzbekistan to purchase their technology, China offers soft loans to subsidize the purchases.

While an individual may not be bothered by ten hateful social media messages, an onslaught of threatening messages from thousands of AI-driven accounts that are indiscernible from real users would be enough to disturb almost anyone. In the same vein, AIs are sophisticated learning systems capable of disseminating one powerful propaganda message in the form of a million individualized messages to users, taking into account the targets’ digital footprints, emotions, and social connections.

China allegedly used AI-powered malign information in an effort to influence the 2020 Taiwan elections. The IP addresses of multiple posts spreading false information to discredit Taiwan’s government were traced back to China. The objective of China’s disinformation campaigns is to “shift Taiwan’s public opinion to adopt a pro-unification stance.”

The U.S. was also impacted in 2019, when NBA sports executive Daryl Morey tweeted in support of Hong Kong protestors. He received backlash from LeBron James and a pro-China army composed of angry netizens and autonomous bot accounts, which mentioned his name more than 16,000 times within the first 12 hours after his tweet.

The rise of AI-generated Deep Fakes are also concerning, with such polished technology that videos of celebrities and political leaders routinely fool viewers. Videos published by Tiktok’s “DeepTomCruise” account and a 2018 YouTube video showing former president Barack Obama are virtually flawless examples. In its quest to become the world leader in AI technology, China is no doubt pushing the limits of AI-powered deception.

You can find Part 2 of this Series here.