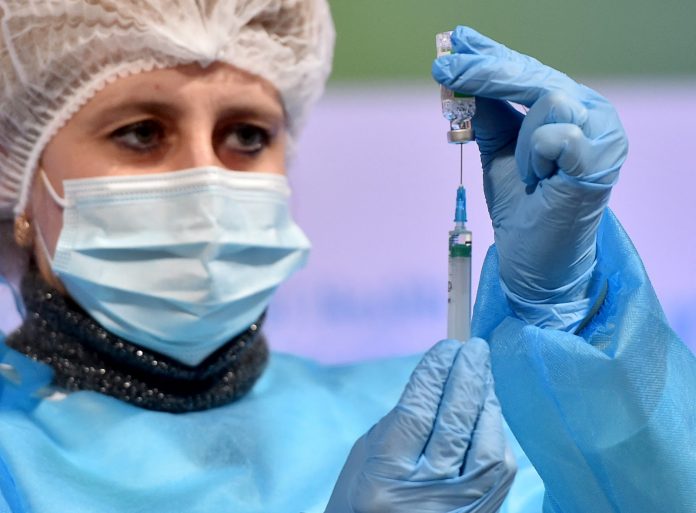 The Danish government has temporarily stopped administering AstraZeneca COVID-19 shots after a few people experienced blood clots. The country’s health authority stated that its decision was based on a precautionary principle.

The decision was taken following the vaccinations when another person developed blood clots and passed away. It is unknown whether the person was suffering from any underlying medical condition. The agency stressed that a link between vaccines and blood clots has not yet been established.

National Board of Health director Soren Brostrom said Denmark is rolling out the most critical and most extensive vaccination campaign in its history. The country needs all the vaccines it can get access to.

The EU’s medicine regulator, the European Medicines Agency (EMA), stated that there is no evidence that the AstraZeneca vaccine is responsible for blood clotting.

“There is currently no indication that vaccination has caused these conditions, which are not listed as side effects with this vaccine… The vaccine’s benefits continue to outweigh its risks, and the vaccine can continue to be administered while the investigation of cases of thromboembolic events is ongoing,” the European Medicines Agency said in a statement.

Following the Danish announcement, several other countries, such as Norway, have also suspended the AstraZeneca vaccine. Ireland has even paused using the shots, citing “an abundance of caution.” Italy’s pharmaceutical agency has banned a specific batch of vaccines due to “serious adverse events.”

Iceland suspended using the vaccine, stating a “lack of data right now.” India has announced that it will conduct a post-vaccination review of the AstraZeneca shot to identify potential side effects. In Austria, a batch of the vaccine has been rejected after a person died from blood clots within ten days of inoculation.

The WHO released a statement saying that they are not aware of any blood clot concerns linked to the use of the AstraZeneca vaccine. Spokesperson Dr. Margaret Harris said that more than 268 million doses had been distributed as of March 9; no deaths linked to the vaccines have been reported until now.

The organization’s independent expert global advisory board, SAGE, is currently reviewing the AstraZeneca vaccine and will soon issue a report on the findings.

The European Commission will request that the United States export millions of AstraZeneca vaccines manufactured in the country to the EU. Some have found this ironic considering that the EU had recently approved Italy’s decision to block this vaccine’s shipments to Australia.

The White House stated that it plans on continuing the Trump administration’s policy of ensuring that the vaccines are first used to fulfill domestic demand rather than export.

“The president’s first priority is to make vaccines available for every American. The U.S. and EU have committed to deepening co-operation on the pandemic response, including by enhancing public health capabilities and information sharing. We know that in order to beat this pandemic and to turn a corner on economic recovery, we must work with our allies and partners,” a White House official said in a statement.

Several other European nations have joined in suspending the use of AstraZeneca vaccines, with Germany and France confirming that they will soon be pausing the shots. The Netherlands announced the suspension on Sunday, while Spain is planning to stop using the vaccine for 15 days. Slovenia and Portugal have also temporarily blocked AstraZeneca vaccines in their inoculation programs.

In Germany, the country’s vaccine regulator Paul Ehrlich Institute had recommended shutting down the use of AstraZeneca. Health Minister Jens Spahn stated that the decision is a professional one and not political. Even though the risk of blood clots might be low, Spahn feels that the risk cannot be ruled out. France will maintain the suspension until a full assessment on the issue is out. The WHO has requested nations not to suspend vaccines, given that the pandemic has already killed 2.7 million people.

Poland will continue using AstraZeneca vaccines as the government believes that the benefits far outweigh the risks. The UK has also stated that it has no concerns about the vaccine, with medicine regulator MHRA clarifying that it has seen no evidence to suggest that the vaccine causes blood clots. Health Secretary Matt Hancock asked people to get a shot as soon as they have the opportunity.

Vaccine manufacturer AstraZeneca revealed that almost 17 million people across the UK and the EU have received at least a dose of the vaccine. Less than 40 incidents of blood clots have been reported, which the company believes is an impressive number since it is lower than the hundreds of cases that are normally expected from the general populace.

Meanwhile, a Danish woman who had died after taking the AstraZeneca shots apparently had “highly unusual” symptoms.  According to the Paul Ehrlich Institute, the woman had a low number of blood platelets and clots in both large and small vessels in addition to bleeding.