How the CCP Is Exploiting Artificial Intelligence: Part 2 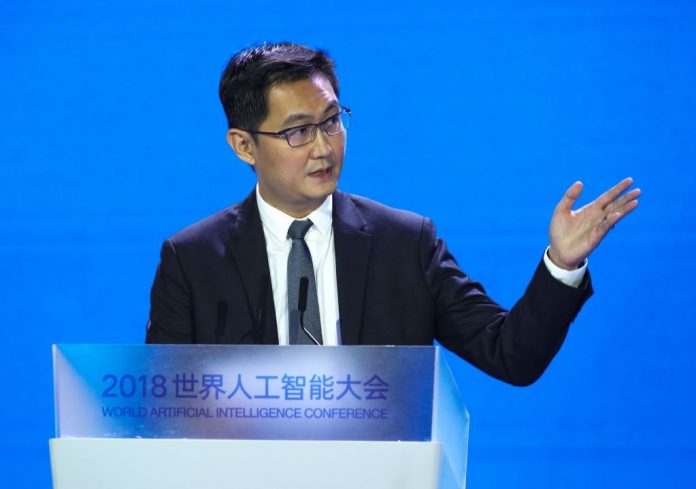 The Chinese Communist Party (CCP) has the means and the ambition to “surpass the United States as the world’s AI [artificial intelligence] leader within a decade,” according to a 750-page report published on March 1 by the National Security Commission on Artificial Intelligence (NSCAI). The bipartisan group includes 15 technology, security, business, and academic experts, and their report highlights the Party’s goals in exploiting artificial intelligence.

While AI has a broad range of groundbreaking applications that could elevate mankind to new heights, the NSCAI questions the ethics of China’s AI endeavors and strategies, which include an enormous genetic database, questionable intellectual property (IP) application filings and theft, and illegal technology transfers from the U.S. to China.

With the advent of technologies such as the gene editing tool CRISPR, genetic data is now programmable. Many of mankind’s most complex challenging issues related to health, food supply, and environmental sustainability could potentially be addressed through biotechnological innovations.

However, “AI may enable a pathogen to be specifically engineered for lethality or to target a genetic profile—the ultimate range and reach weapon,” the NSCAI stated. With regard to the Coronavirus Disease 2019 (COVID-19) pandemic, the NSCAI acknowledges the “dangers of a highly contagious pathogen,” but does not explicitly address the alleged Wuhan lab connection.

Although a highly contested theory, German scientist and professor Dr. Roland Wiesendanger posits that a “number of quality sources” indicate a “laboratory accident” at the Wuhan Institute of Virology (WIV) was the origin of the pandemic. The lab theory is bolstered by China’s longstanding history of dangerous gain-of-function virology research, which can create novel deadly or infectious pathogens.

The Chinese regime has now amassed the largest genetic database in the world with over 80 million profiles, and according to Newsweek, plans to “dominate the biotech industry” and develop “biological weapons designed to target certain ethnic groups.” Last year, Chinese leader Xi Jinping declared plans to further micromanage its citizens and facilitate “the orderly flow of personnel” by creating “internationally accepted QR codes,” which are essentially global health certificates based on nucleic acid test results.

Biotechnology giants such as BGI Group, formerly the Beijing Genomics Institute, are working to expand China’s genetic database by collecting DNA from the U.S. and other countries. A CBS News 60 Minutes documentary revealed that BGI sent letters to multiple states last year, offering expertise and genetic sequencing services. The universal decision to refuse BGI’s services was justified given that the Chinese company received $1.5 billion from the CCP in 2010 and has been collecting genetic data from Uyghur Muslims to “identify people, target other family members and refine facial recognition software.”

China has started to outpace the U.S. in the IP race by exploiting policies and investing heavily in the field. IP is a critical component of national security, economic growth, and technological innovation.

The recent surge of patent application filings will likely harm U.S. innovation through a phenomenon known as “prior art,” a patent law term for the scientific and technological knowledge by which an invention is assessed to determine if it is novel. Since such a great quantity of prior art must be reviewed for every patent application, the evaluation process will likely become increasingly lengthy and onerous.

China has further capitalized on its IP successes by identifying an excessive number of “standard-essential” patents (SEPs). To illustrate this concept, manufacturing standard-compliant products like smartphones would be impossible without using SEPs involving data transmission between cellular phones and towers. In contrast, non-SEPs such as design patents for “slide to unlock” technology are often evaded by using alternative design features.

NSCAI states that over-declaring SEPs may prompt countries to incorporate Chinese technologies into their communications infrastructures, and a “worrisome result may be that U.S. companies must pay billions in royalties to China’s companies or face claims and resulting litigation that they willfully infringed on Chinese company patent rights.”

These concerns are compounded by evidence that “China continues to pervasively steal American IP-protected technological advances through varied means like cyber hacking of businesses and research institutes, technological espionage, blackmail, and illicit technology transfer.” Clearly, the U.S. must act quickly to strengthen security measures, incentivize investments into IP patents, and reestablish leadership in the IP field.

The CCP plans to become a “world S&T [science and technology] innovation superpower” by 2050, according to its National Innovation-Driven Development Strategy published in 2016. Both legal and illicit technology transfer strategies are being employed against U.S. critical sectors, companies, and research entities, resulting in an estimated $300 to $600 billion per year in stolen trade secrets.

The Federal Bureau of Investigation (FBI) has been actively involved in about 1,000 investigations regarding China’s attempted theft of US-based technologies encompassing virtually every industry. FBI director Christopher Wray explained to a 2020 conference at Washington’s Center for Strategic and International Studies (CSIS) that by establishing “campus proxies” and “institutes on our campuses,” China exploited U.S. academic openness to steal technology.

According to CSIS data, between 2000 and 2020, there were 137 publicly reported cases of espionage linked to China, 73 percent of which occurred within the last decade. Military and commercial technologies were most commonly targeted. Furthermore, 90 percent of the FBI’s 180 active medical research investigations last year were linked to China, involving misuse of National Institutes of Health (NIH) funds, diversion of research IP, and breaches of confidentiality.

The Chinese regime has also infiltrated American companies to a significant extent, with more than $1.3 billion invested in American AI startups between 2010 and 2017. The NSCAI states that a “significant technology transfer risk” exists because the U.S. government has restricted insight into the transactions with the current policies in place.

You can find Part 1 of this series here.