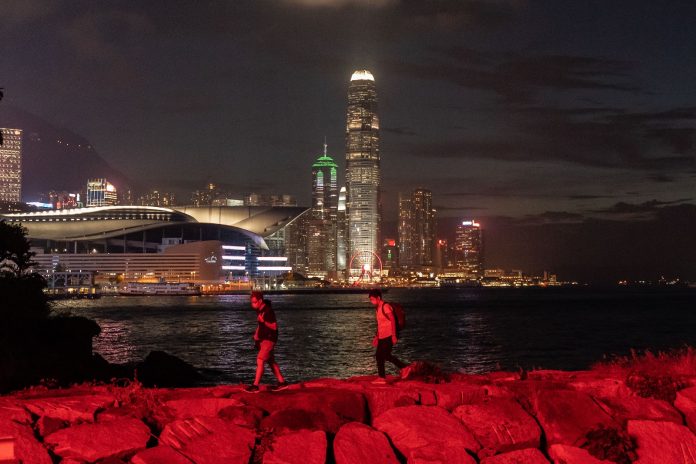 The National People’s Congress of China passed electoral reforms that give Beijing the power to ensure that only loyalists will be elected in Hong Kong. Many believe that the move is stepping away from democracy and see the region having the least amount of freedom since Britain gave up power in 1997.

However, Chief Executive of Hong Kong Carrie Lam praised the move as a step in the right direction. “There are loopholes in the electoral systems; there are also flaws in the systems in Hong Kong,” Lam said after returning from the National People’s Congress in Beijing. “I’m glad that the central authorities have, again, exercised its constitutional powers to help address this problem for Hong Kong.”

Foreign impressions of Hong Kong’s situation have been low. Especially since the passing of the security laws last June, Beijing has more power to apply criminal charges to citizens for secession, subversion, terrorism, or collaboration with foreign or external forces.

British foreign secretary Dominic Raab said that the electoral changes would only further undermine international trust in China. “This is the latest step by Beijing to hollow out the space for democratic debate in Hong Kong,” Raab said.

The vote in the Great Hall of the People had 2,895 delegates voting in favor of the changes and just one person abstaining. The changes could be applied sometime in the next few months and require that candidates pass a screening procedure that ensures they will be loyal enough to be deemed “patriots.” The move has been criticized as leaving the democratic opposition with the least amount of power and freedom since the British handed over the region.

“It is designed to ensure that whoever is administering Hong Kong is patriotic, and this is only right in terms of political ethics,” Lam said.

Beijing’s liaison office praised the electoral changes, saying that it would make the region better and more just. They also noted that the electoral changes were widely approved by all and pointed to the media’s reporting and commentaries as proof that the move had public support. “This fully shows that after years of political dispute and radical social unrest, different sectors in Hong Kong have learned from its pain… this powerfully illustrates the central government’s policies in Hong Kong have a broad electorate base,” the Liaison Office said.

Lo Kin-hei, chairman of the Democratic Party and one of the few prominent opposition figures not in custody, disapproved of the electoral changes. “I believe that in the future, those legislative councilors will be less and less representative of the Hong Kong people, and they will just be some loyalists who can do nothing and who cannot represent the Hong Kong people at all,” Kin-hei said. “They should actually make the Legislative Council more responsive to the people’s voice, instead of suppressing the people’s voice.”

US Secretary of State Antony Blinken wrote in a statement: “These actions deny Hong Kongers a voice in their governance by limiting political participation, reducing democratic representation, and stifling political debate.”

He also asked the authorities to release and drop charges on all arrested under the new National Security Laws that were implemented in June and called for fair Hong Kong elections in September 2021. “A stable, prosperous Hong Kong that respects human rights, freedoms, and pluralism serves the interests of Hong Kong, mainland China, and the broader international community. The United States stands united with our allies and partners in speaking out for the rights and freedoms of people in Hong Kong,” Blinken remarked.

A former professor living in Ohio has been sentenced to 37 months in federal prison for appropriating federal research grants to aid China’s scientific...
Read more
China