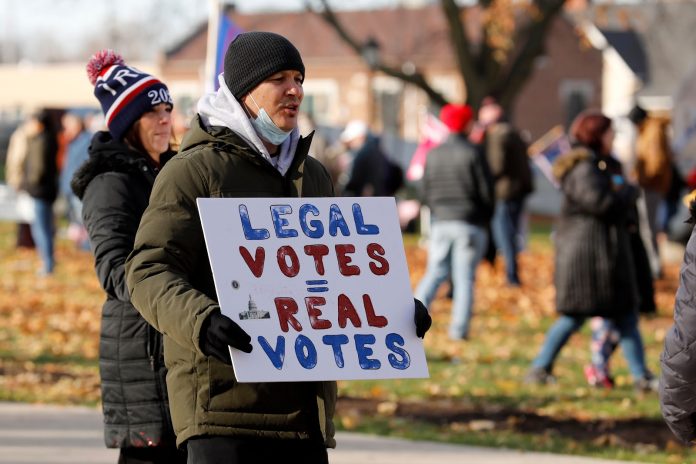 Commissioners from Antrim County in Michigan have decided not to use Dominion voting machines for the upcoming May 4 primary election. They rejected a request for $5,080 from the chief election officer Sheryl Guy. She wanted to use the funds to hire consultants to prep the election machines.

The commissioners unanimously dismissed the request and have decided to count ballots by hand, which Guy said could be illegal.

“The state says we can’t. But let them come and tell us that we can’t, given our circumstance… We’re going to say we’re going to hand-count them and let the state tell us we can’t,” Commissioner Ed Boettcher told colleagues.

Guy wanted to hire a testing and verification firm Pro V&V to update the machines’ management system. The voting machines cannot be employed in the current condition since a forensic audit was conducted as part of a court case about alleged election fraud in the county during the 2020 presidential campaign. The commissioners expressed concerns that updating the machines would violate the court order.

The commissioners were then left with three choices: request the court to use the machines, buy new machines, or count by hand. They eventually agreed on the final option. Purchasing new machines would have cost $55,000.

Boettcher explained that hand-counting would cost them far less than $55,000. They had discussed the possibility of borrowing tabulators, but the idea was dismissed. Guy stated that she didn’t want to use the option unless forced to do so. The commissioners directed the county lawyer to inform the state of their decision.

Antrim County was under public scrutiny following the Nov. 3 presidential race due to an election error. The initial results showed Biden winning the election. However, the results flipped, and authorities later announced Trump the victor by 2,000 votes. Election officials claimed that a software error had caused a “miscalculation of votes.”

The incident is an example of potential widespread election irregularities and fraud in the presidential race. Following the ‘error,’ resident William Bailey filed a lawsuit against the county, alleging that officials committed fraud in the election.

Due to Bailey’s litigation, the county commissioners were apprehensive about wiping out existing machines’ data. Bailey’s attorney Matthew DePerno has requested the court to direct Secretary of State Jocelyn Benson to submit a wide range of election records, including documents related to spending and communications with big tech firms who the plaintiff believes tried to manipulate the election.

Facebook founder Mark Zuckerberg provided $400 million to local election clerks, including those in Michigan, via a nonprofit organization called Center for Tech and Civic Life (CTCL).

Antrim County officials asked the court to restrict the scope of the discovery requests, arguing that they are too broad. However, DePerno states that officials are simply withholding information that was already ordered to be handed over by another court in February.

“It is hard to imagine that considering the fraud that occurred in Antrim County, that not one person in the defendant’s office made one single cable to Antrim County… Further, there is not one single correspondence, communications, or document produced between defendant Benson and the Michigan House or Senate regarding Antrim County,” DePerno wrote in an email to state Assistant Attorney General Erik Grill.