Home US Rep. Henry Cuellar: Washington of ‘Purposefully Withholding’ Data on ‘Terrible Conditions’ at...
US 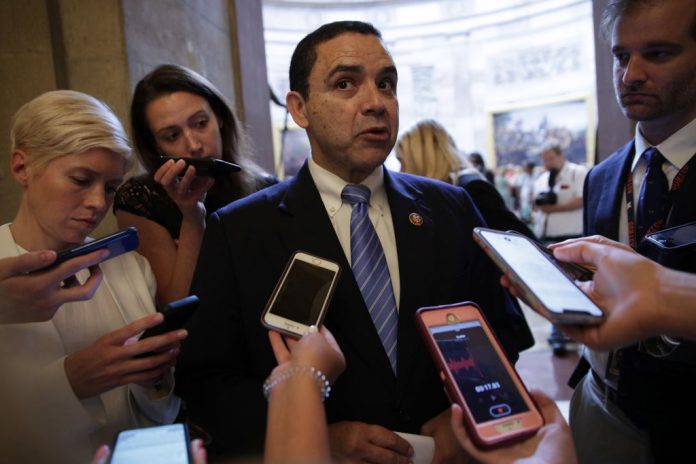 Democrat Representative Henry Cuellar recently admitted in an interview with MSNBC that he gets more information about the border situation from Mexico rather than the Biden administration, despite the fact that he is a member of the Homeland Appropriations Committee.

The lawmaker is receiving border information from a team led by Roberta Jacobson who used to be the U.S. ambassador for Mexico between 2016 and 2018. She presently serves as the coordinator for the southwest border on the National Security Council.

In an interview with Fox News in early March, Cuellar accused the government of “purposefully withholding” data on migrants released into the U.S. He has often criticized Joe Biden for his poor handling of the migrant situation, especially those of unaccompanied minors. According to White House policy, adults and families are turned away from the border. However, minors who come alone are accepted by the border authorities. This has created a surge in minors coming into America. As a result, border facilities are overwhelmed and kids are being housed under poor conditions.

Cuellar’s team had recently taken photos of a Border Patrol Facility on a recent trip. While handing over the images to The Epoch Times, the Democrat representative called the living conditions for children “terrible.” He released the photos as he wanted people to know the truth about what is happening at the border. Images show kids sleeping on floor mats in crowded conditions. In some photos, the kids are shown sleeping on floors with no room to move.

While speaking to Fox News’ ‘Fox & Friends’ program, Cuellar warned that the immigrant crisis is going to get much worse.

“If you look at the numbers, they have been increasing since last year, but certainly in February, the numbers increased… And, remember — March, April, May, June are the peak months traditionally.”

“So, we are about to hit the peak points. And I would tell you this — that if we have a large month this month, when we look at the numbers, then we are going to have a very, very, very hot summer,” he said on the show.

Cuellar has been critical of Biden’s administration listening to activists and immigrants to form its immigration policies rather than the Border Patrol and local communities that live on the border. Cueller has also alerted the public as to how officials from the border patrol are releasing illegal immigrants into the country without any proper notice or a future court date.

“Over the weekend at Anzalduas area by the bridge, there were about 150 folks got released under what we call ‘prosecutorial discretion,’ because Border Patrol says, ‘We just don’t have the space,’ and they got released without even a Notice To Appear, which is, in my opinion, unprecedented that you’re going to release somebody and hope that they show up without a court date,” Cuellar told Border Report in an article published on March 22.

The migrants were apprehended by agents from the Border Patrol near the banks of the Rio Grande. Interestingly, none of the released migrants were unaccompanied minors. They were all adults. The migrants were given biometrics to ensure that they did not have any criminal records.

Previous articleLondon Contemporary Voices: Charming Revival of the Joys of Choral Singing
Next articleSad Tale of a Rich Businessman and His 4 Wives