In 2006, Canadian human rights lawyer David Matas and former Canada’s longest-serving parliament member, David Kilgour, co-authored a report investigating allegations that thousands of innocent people were being murdered in Chinese hospitals for the extraction and sale of their organs.

In well over a decade since, the Kilgour-Matas team and other investigators have continued their work, painting an increasingly detailed and damning picture of what Matas had termed a “new form of evil never before seen on this planet.”

On May 29, Matas came to Portland for a day of open meetings at Portland State University’s Urban Center, as well as a screening of Human Harvest, a 2014 documentary about China’s organ transplant abuses.

While the documentary mainly focuses on victims killed for their faith in the banned Falun Gong spiritual discipline, Matas spoke about how the character of organ harvesting has changed, as the Chinese healthcare system looks for new sources of involuntary donors to fuel the lucrative industry. Today, Matas says, those murdered for their organs are increasingly drawn from the burgeoning numbers of incarcerated Uyghur Muslims. 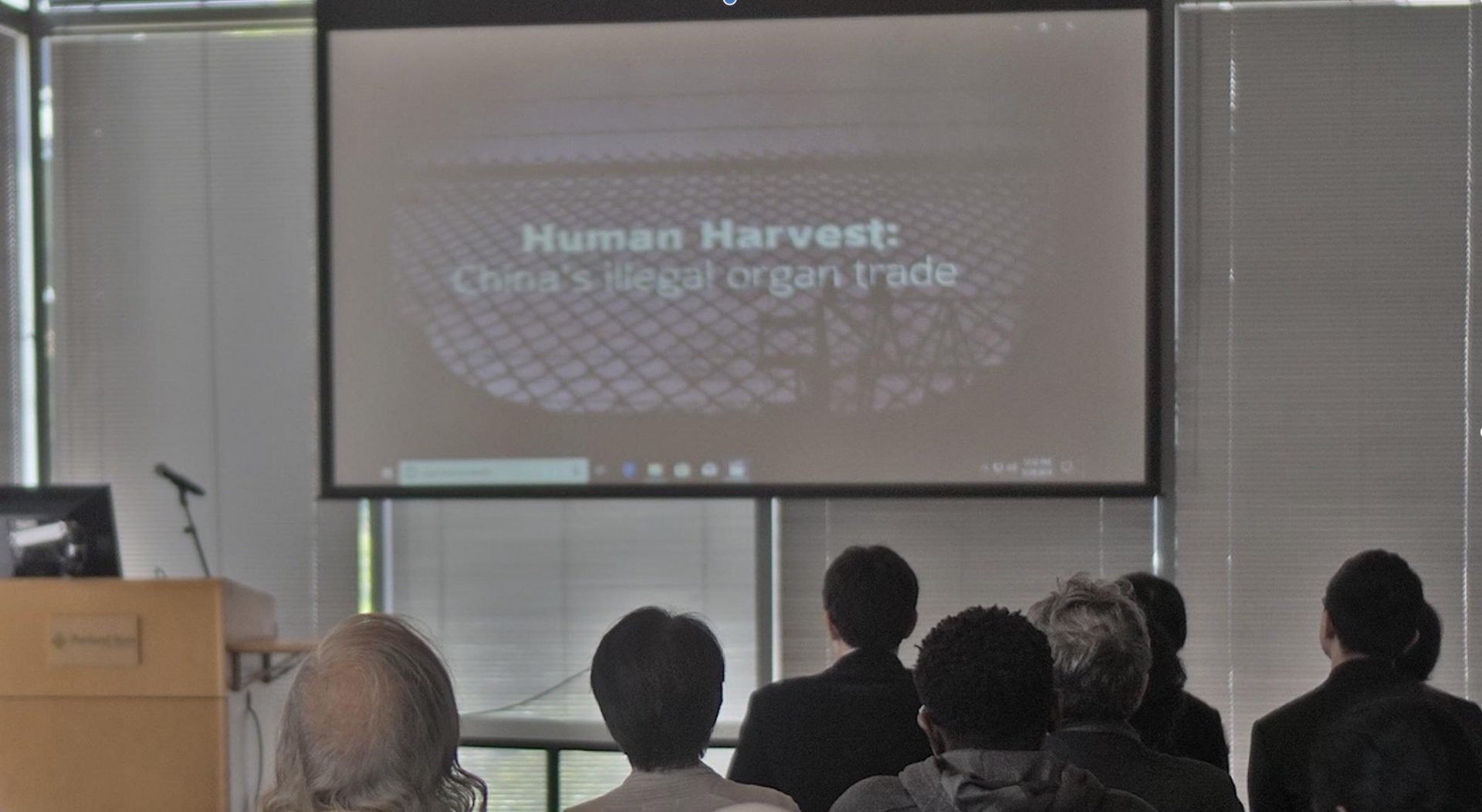 Human Harvest describes how China has been harvesting the organs of executed prisoners since at least the early 1990s. But the number of transplants exploded following the persecution of Falun Gong, a nationwide political campaign launched by the Chinese Communist Party in July 1999.

The Kilgour-Matas reports and other literature on organ harvesting, such as The Slaughter by American investigative journalist Ethan Gutmann, suggest that tens or hundreds of thousands of Falun Gong practitioners may have been murdered for their organs, generating massive profits for the Chinese hospital system. Others have termed the abuses a “medical genocide.”

“Annie,” a Chinese woman speaking under a pseudonym, who in 2006 said that her ex-husband worked in the Liaoning Provincial Thrombosis Hospital in Sujiatun near the city of Shenyang in northeastern China, where he removed corneas from 2,000 living Falun Gong prisoners between the years of 1999 and 2004.

Other surgeons were responsible for extracting hearts, livers, and other organs.

Annie’s claims were backed up by multiple phone calls investigators made to Chinese hospitals throughout the country, in which doctors admitted that organs were often sourced from Falun Gong practitioners.

In addition, wait times for Chinese organs lasted weeks or only days, compared with months and years in countries with much better-developed healthcare resources. China lacked an organ donation system at the time, and the number of willing donors is small, given the strong cultural preference for burying corpses intact.

“The Beijing Red Cross themselves stated in 2011 that over the past 20 years, only 37 people nationwide had registered to become an organ donor,” said Damon Noto, spokesman for the NGO Doctors Against Forced Organ Harvesting, in a 2012 joint hearing of the U.S. Congress.

By comparison, the United Kingdom had over 18 million registered organ donors at the time, Human Harvest shows Noto saying before Congress.

Audience members expressed concern about the lack of awareness regarding organ transplant abuse in China. One man mentioned that he had read reports in The Epoch Times during the 2000s, but had not seen any other major media address the issue.

Following the documentary screening, Matas talked about the current situation of organ harvesting in China and what steps could be taken by foreign governments, including U.S. and Oregon authorities, to bring attention to the abuses and “avoid complicity.”

According to Matas, the growing climate of political and religious repressions by the communist authorities has led to the expansion of forced organ harvesting in recent years. He pointed to the mass incarceration of Uyghurs, a Turkic Muslim ethnic group who live in northwest China’s Xinjiang Province, as a warning that the crime has continued with the same intensity as during the 2000s.

In his morning discussion session at PSU, Matas noted that the number of Falun Gong practitioners being arrested in China has been in decline, indicating that the “organ donor bank” of Falun Gong prisoners is being depleted.

Another reason why Uyghurs, who are persecuted with the justification of fighting “extremism,” have become a larger source of organs is due to technological improvements.

Uyghurs, who are persecuted with the justification of fighting ‘extremism,’ have become a larger source of organs. (Chris / Lara Pawluk / Flickr)

Normally, extracted organs have a very short shelf life, meaning that the person being harvested had to be close to the recipient. China has only about 11 million Uyghurs, most of whom live in the remote province of Xinjiang. By contrast, practitioners of Falun Gong tend to be ethnic Han Chinese, and numbered in the tens of millions in 1999, prior to the persecution.

“Part of the advantage of the Falun Gong population as a source of organs in the early 2000s was that Falun Gong were everywhere — they were detained everywhere and oppressed everywhere. So they were a pan-China organ donor bank,” Matas said.

Chinese researchers have “done experimentation to increase the time that an organ can survive outside the body,” Matas said. One technique is extracorporeal membrane oxygenation (ECMO), which keeps organs fresh long enough to be transported throughout the country.

ECMO was introduced to mainland China by Taiwanese doctor Ko Wen-je, who trained transplant surgeons there. Currently the mayor of Taiwan’s capital Taipei, Ko suffered some controversy when Ethan Gutmann, author of The Slaughter, scrutinized the role Ko may have had in organ harvesting. 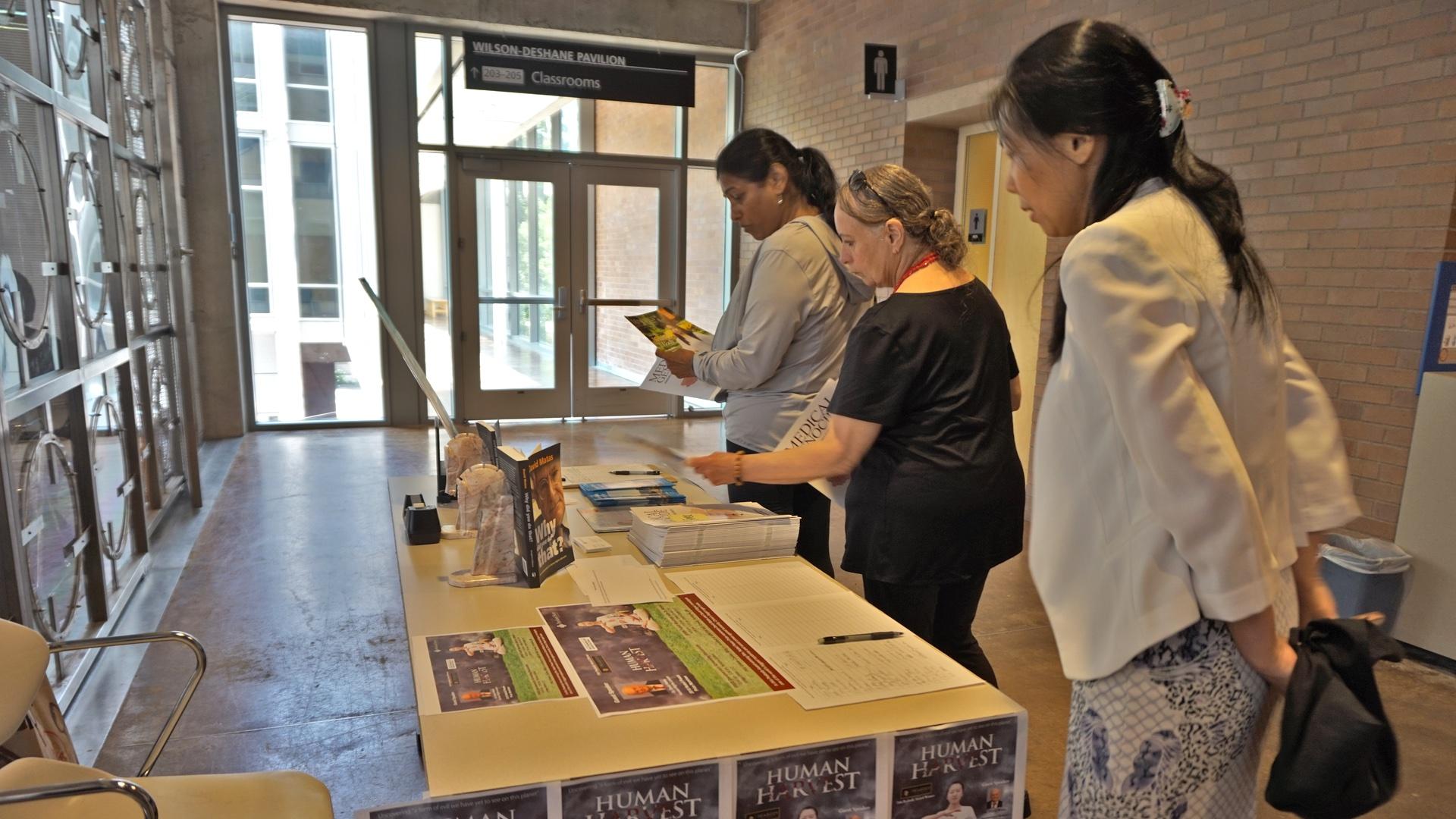 “Human rights violations spread. The killing of innocents for their organs didn’t start with Falun Gong, hasn’t ended with Falun Gong, and we can’t wait until someone comes to kill us for our organs. If we want to stop it, we have to stop it while we still can.”

While a number of countries, including Israel and Taiwan, have passed laws forbidding their citizens from going to China to receive organ transplants, government awareness of the abuses is generally lacking. In the United States, despite the passing of Congressional House Resolution 343 to condemn organ harvesting in China, no law has been passed to counter the crime.

“There isn’t really legislation to deal with the problem,” Matas said. “What the United States needs and what in my view, all countries need is extraterritorial legislation which penalizes people who go abroad and are complicit in transplant abuse, the brokers, the advertisers … and that’s not the law right now in the U.S.”

Using Oregon as an example, Matas said it would be possible to find the number of organ transplant recipients in the state by tracking their usage of anti-rejection drugs, which are needed to prevent organ failure and are provided by the health institutions where the transplants took place.

According to Matas, only hospitals currently have access to this information. “Those are not public figures, and they should be,” he said.