Virologists examining the novel coronavirus that has caused a deadly global pandemic are still looking for a missing link in the pathogen, but the Chinese Communist Party’s secrecy is making it difficult to collect the needed data.

Though the CCP regime claims that the coronavirus — also known as SARS-CoV-2 or the CCP virus due to the Party’s cover-up that led to the outbreak becoming pandemic in scale — originated in animals, researchers seem to be prevented from conducting animal tests that would allow them to ascertain the truthfulness of those statements.

Apart from complicating efforts to counter the epidemic and prevent future health crises, the CCP’s reticence has further fueled speculation that the virus is manmade.

Several previously known animal viruses have been found to be genetically similar, but experts remain skeptical.

A few years ago, Chinese military scientists in Zhoushan, in the eastern Chinese province of Zhejiang, reported two coronaviruses found in bats. After last year’s CCP virus outbreak in Wuhan, central China, researchers discovered that the new pathogen’s genome was 88 percent identical to that of the two bat viruses.

Moreover, two proteins necessary for the CCP virus’ rapid spread — nsp7 and envelope (E), which help the pathogen reproduce itself and overcome the immune system — were a 100 percent match.

Dr. Xiaoxu Sean Lin, a former U.S. Army microbiologist, told The Epoch Times that the match was “really unusual,” since previous research has shown that every coronavirus strain has a unique E protein.

“It is a very small protein, but it involves viral particle assembly and interactions with host factors, so when a coronavirus jumps host species (zoonotic [transmission]), it won’t keep the same sequence,” he said. 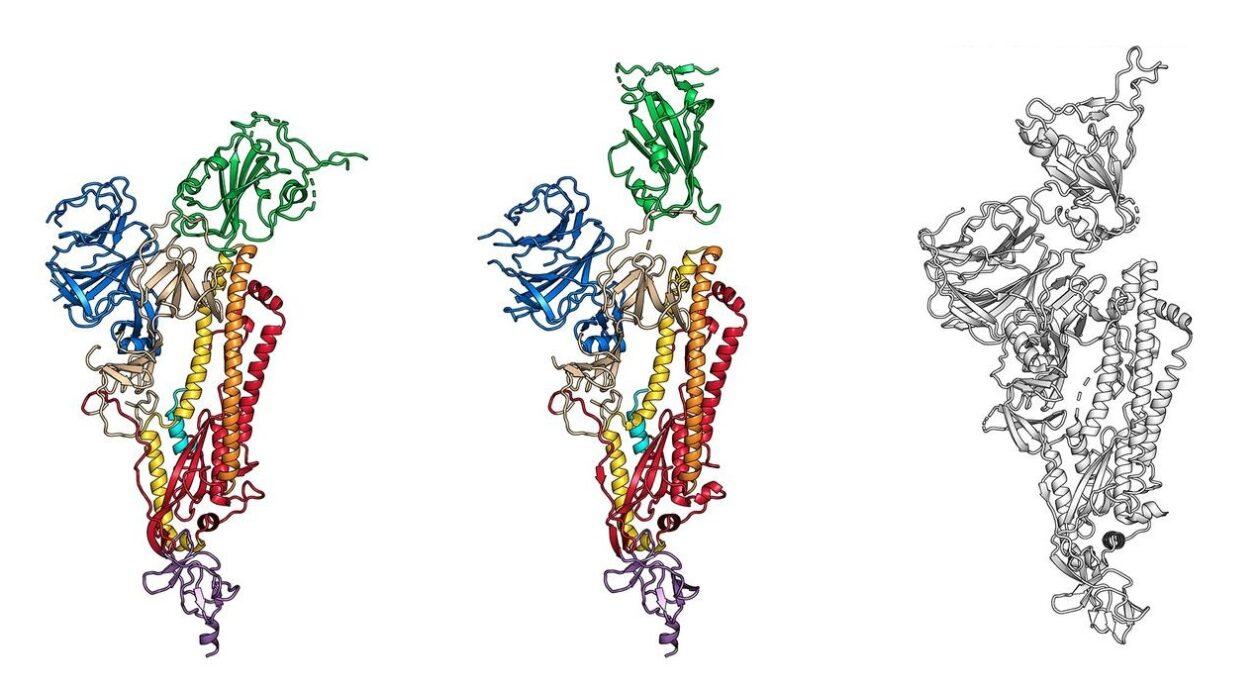 “It is improbable that SARS-CoV-2 emerged through laboratory manipulation of a related SARS-CoV-like coronavirus,” a team of researchers from Columbia University, University of Edinburgh, University of Sydney, Tulane University, and Scripps Research Institute concluded in a March 17 paper published in the journal Nature Medicine.

The team had compared the CCP virus to other coronaviruses, including those that infect bats and pangolins, and found that their genomes were around 90 percent identical.

However, a crucial part of the CCP coronavirus genome doesn’t match the bat virus RaTG13, or the pangolin coronaviruses: the spike protein, or the extrusions surrounding the SARS-CoV-2 virus that give it its “crown” shape.

The spike protein is what allows the virus to attach to the ACE2 membranes found in human lung cells and those of other organs. From there, the pathogen invades and destroys the cell.

Pangolin viruses don’t match the CCP virus as closely as RaTG13 does, but their spike proteins are virtually identical. Based on this, and the fact that the SARS-CoV-2 virus doesn’t bind to human ACE2 receptors as well as the original SARS virus that caused an epidemic in 2003, the researchers believe that the newer virus formed naturally. 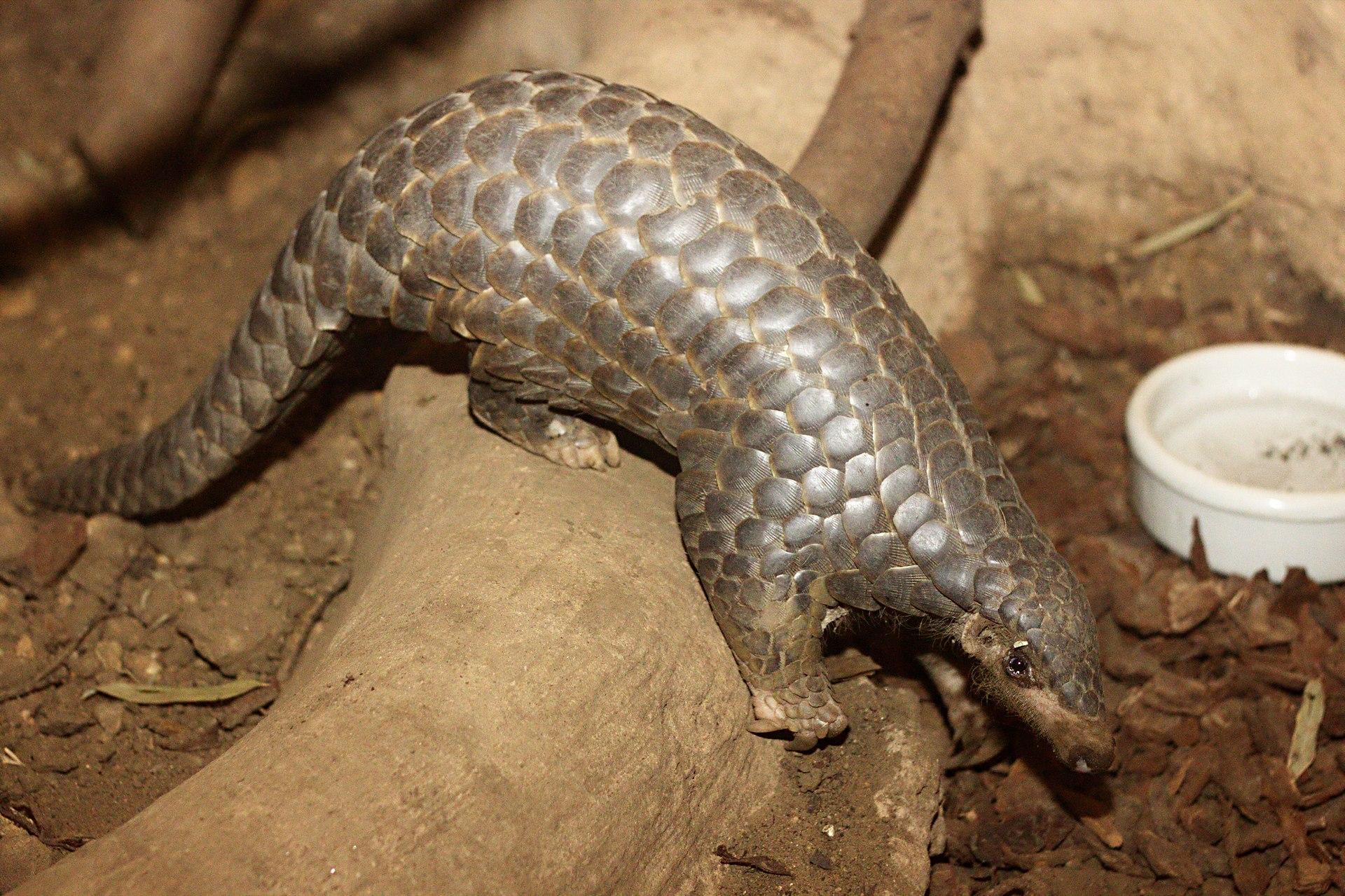 The CCP first claimed that the novel coronavirus jumped from bats to humans, then said that pangolins were a likely vector. (Image: Zoo Leipzig/Public Domain)

A March 25 article by The Epoch Times explained how such a virus could be created artificially, even if not with the intention of engineering a more efficient pathogen:

“Creating artificial viruses with new or enhanced capabilities — ‘gain-of-function’ research — has been done for a variety of purposes and not necessarily to create the most efficient virus. It can be used to probe what new viruses can potentially emerge and what would be their pandemic potential.

“It really depends on how the experiment was designed. What’s their objective in this kind of gain-of-function study? …  this [Nature] paper’s arguments actually suggested a potential path of lab-engineering,” Lin said.

A spike protein could have been taken from a pangolin or bat virus, then grafted onto a different coronavirus, Lin said. The pathogen could then be used to infect lab animals, mutate further, and the “strains that are of higher transmissibility” selected.

While the Nature Medicine paper acknowledges this process, it said that such experiments have not been publicized before. But Lin noted that the paper assumes transparency on the part of the Chinese regime.

An explosion of speculation

According to Nature Medicine, none of the animal viruses so far reported are close enough to be a direct progenitor of the CCP virus, according to Nature magazine. For example, the SARS virus shared 99.8 percent of its genetic material with a civet coronavirus, making that animal a very likely source.

“If pangolins are the origin of the current outbreak,” said Arinjay Banerjee, coronavirus researcher at McMaster University in Hamilton, Canada, “it is not the pangolins in these studies.”

Moreover, while the Chinese authorities claim a natural origin for the CCP virus, the official story has changed several times, and there are no reports that animals from the Wuhan area, where the outbreak began, have been taken for testing, according to The Epoch Times. 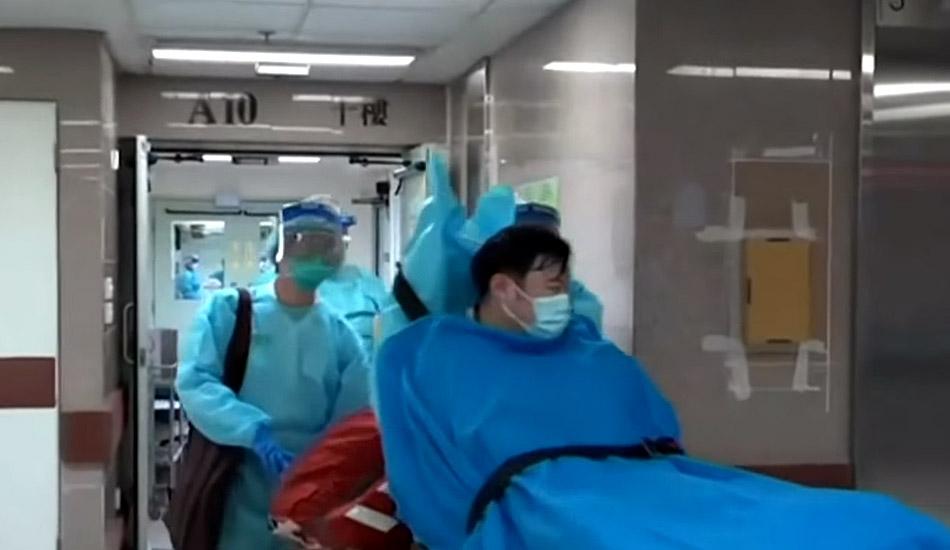 The Wuhan Institute of Virology is the only laboratory in China with P4-level biosecurity. (Image: YouTube / Screenshot)

The Wuhan Institute of Virology, which has been at the center of speculation involving the CCP virus’ origins, is the only laboratory in China with P4-level biosecurity, which is required for handling dangerous diseases like SARS and Ebola.

It’s also where Chinese virologist Shi Zhengli discovered the 96 percent match between the RaTG13 bat coronavirus and the new pathogen.

“The CCP is usually eager to boost its image by portraying government workers as heroes in a crisis. This time, however, WIV has remained unusually quiet throughout the epidemic. An internal directive leaked online stated that WIV workers were forbidden to talk about the CCP virus, even to Chinese state-run media,” The Epoch Times notes.

Lin, the former U.S. Army microbiologist, said that Chinese researchers could be conducting animal tests, but are banned from publishing their findings.

The lack of information about Chinese research on the CCP virus has led to an explosion of speculation over its origins.

Chen Wei, the Chinese People’s Liberation Army’s “top biochemical weapon expert,” recently took over epidemic control efforts in Wuhan, according to a now-deleted report by the PLA Daily on Feb. 1. A post on Chinese social media site Douban says that Chen has also been placed in charge of WIV, though this remains unconfirmed.

The WIV does have an established connection to the PLA, and Chinese social media posts suggesting that the virus escaped from lab animals have some grounding. This January, Li Ning of the China Engineering Academy was handed a 12-year prison sentence for selling pigs, cows, and milk from his lab to local markets.

Shen Yun Debuts in the Dominican Republic, Delighting Audiences in Sold Out Performances
Canadian Universities Collaborating With Chinese Military Scientists in Academic Research
The Lantern Festival: End of the Chinese New Year
Politicians Hype Threat of Chinese Spy Balloon That Floated Across US Before It Was Shot Down

True Number of Chinese Pandemic Deaths in the Hundreds of Millions, Says Founder of Falun Gong
Master Li Hongzhi: How Humankind Came to Be
Understanding the Traditional Chinese Calendar in the Year of the Rabbit
China Staggers Under Huge Pandemic Losses
Xi’s Credibility Nosedives as CCP Loses Control Over Pandemic in China