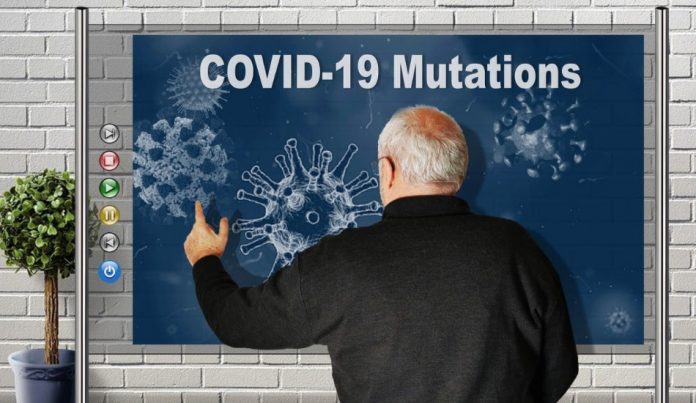 Chinese authorities have discovered two cases of the UK SARS-CoV-2 strain found in Beijing and have asked 1.6 million people in the capital to “stay at home.” Since the UK variant is more contagious than the previous versions of the coronavirus, there are fears of a severe outbreak in the nation’s capital.

“[The cases had] no genetic correlation with previously reported local cases and imported cases in Beijing… [but are] considered to be variants of the new coronavirus discovered in the UK,” the head of the Beijing health authority Pang Xinghuo told reporters.

Restrictions have been put in place to prevent people from leaving the city unless they have both gotten a negative COVID-19 test in the previous three days, and also received special permission from officials. People in five neighborhoods where CCP Virus cases have been popping up recently have been barred from leaving their homes. Officials have instructed weddings to be postponed and have banned any gatherings that include 50 or more people. Funerals are to be simplified. Schools will be shut down starting Jan. 23.

The two people with the UK strain have no history of travel. No explanation was given as to how they contracted the virus. Tiantongyuan community, where they live, has been classified as a high-risk region.

The situation in the northern and northeastern regions of China does not look promising either. George Gao Fu, head of the Chinese Centers for Disease Control and Prevention (CDC), warned that community transmission of the novel coronavirus in Shijiazhuang City, Hebei Province, could worsen at any time. He has dubbed the city a “mini Wuhan” and noted that the epidemic in the region should not be taken lightly.

The region is most affected by the latest coronavirus wave. Given the fact that these are numbers announced by the communist government, the true scale of the infection could be much worse.

In the northeast, Wangkui County in Heilongjiang Province is the epicenter of the current infection. Several villages have been emptied out, with crops and livestock being left unattended. Officials have mandated that all residents in the county must get tested. Private vehicles have been banned and people forced to remain in their homes. Public servants are not allowed to travel between Suihua City and villages. 16 officials were punished by city officials for being negligent in their duty to contain the virus.

One source revealed that people in villages were being forcefully evacuated. “At first, they took away 300 people from two villages, and used seven buses to send them to Dula County. Some were put in hotels, some were relocated to local schools where the students are on vacation, and some people were put in nursing homes… A couple of days ago, people were taken away from two or three more villages… Anyway, villagers in four or five villages in Wangqui were taken away. There were many police cars, small cars, and buses [at the scene]. I saw it and it’s scary. People were dragged away, children crying, and women screaming,” she said to The Epoch Times.

According to the National Health Commission, over 15 million people in China have been vaccinated. At present, essential workers, public service providers, and transport workers have been prioritized for receiving the vaccination.

There are plans to inoculate elderly people and children soon. The government is hoping to vaccinate 50 million people across the country before the Lunar New Year, which falls on Feb. 12.