China-Taiwan Tensions Peak One Week Into the Biden Administration 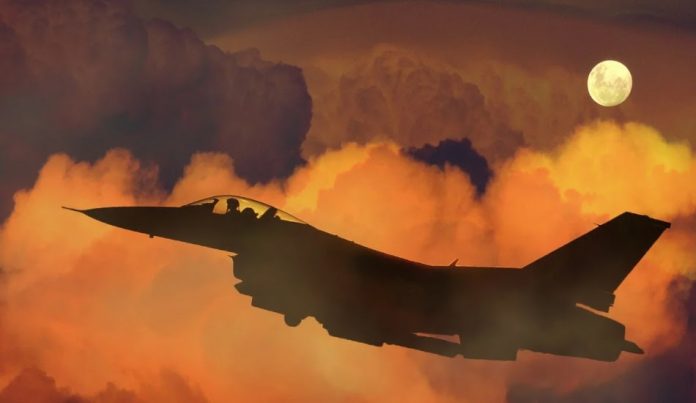 The Biden administration criticized the breach of Taiwan’s airspace. State Department spokesperson Ned Price called it part of the PRC’s ongoing attempts to “intimidate its neighbors.” He reaffirmed Washington’s continued support of its allies in the Indo-Pacific, stating that the U.S. will maintain its commitment towards the Taiwan Relations Act.

“We urge Beijing to cease its military, diplomatic, and economic pressure against Taiwan and instead engage in meaningful dialogue with Taiwan’s democratically elected representatives… We will continue to assist Taiwan in maintaining a sufficient self-defense capability. Our commitment to Taiwan is rock-solid and contributes to the maintenance of peace and stability across the Taiwan Strait and within the region,” Price said in a statement.

In the skirmish between Taiwan and China, four J-16 fighter jets and eight nuclear-capable H-6K bombers entered the Taiwanese territory together with a Y-8 anti-submarine aircraft. These planes flew near the waters of the Pratas Islands, located just off the Taiwanese mainland. After Taiwan’s air force warned the intruders, the Chinese aircraft flew away.

The Ministry of Foreign Affairs in Taiwan thanked the U.S. State Department spokesperson for reaffirming Washington’s support to the island nation against “Beijing’s ongoing coercion.” It stressed that the partnership between the two countries is critical in maintaining peace and stability in the Indo-Pacific region.

Wang Ting-yu, a lawmaker from Taiwan, also lauded the State Department’s statement. He said that the CCP might have been testing the reaction of new Pentagon chief Lloyd Austin with its incursion. Austin was confirmed as the U.S. Secretary of Defense on Jan. 22.

Taiwan’s ambassador to the U.S., Hsiao Bi-khim, attended Biden’s inauguration ceremony, attracting Beijing’s ire. Communist China’s foreign ministry spokesperson said that Beijing was “firmly against” any kind of official interaction between Taiwan and the United States. This also might have been a factor in the communist regime breaching Taiwan’s borders within a week of Biden assuming his post.

He hopes to see Taiwan become more engaged with the world. He wants Washington to ensure that the island nation has all the necessary tools to deter communist China’s aggression. He also admitted that Trump correctly took an aggressive approach with the communist regime.  He said that if the Biden administration were to pull back now, it will only allow the CCP to become more aggressive.

However, even if the Biden administration wants to soften its approach toward Taiwan, it is not in a position to do so. Ding Shu-Fan, honorary professor at Taiwan’s National Chengchi University, said that acting tough against communist China has now become a critical component of American politics. Most of the Republicans and Democrats support this stance.

“In the latter part of the Obama administration, Obama wrote in his memoir that he wanted to change policy to get tougher on China, but that it was too late… Obama wanted to confront them but didn’t dare to, while Trump facilitated the Democratic Party’s more confrontational stance… He helped the Democratic Party a great deal,” he told Radio Free Asia.