Trump Sets Up the ‘Office of the Former President’ in Florida 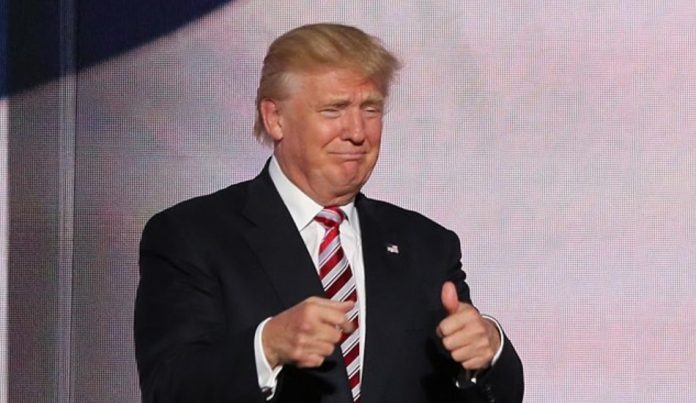 Donald Trump has established an “Office of the Former President” in Palm Beach County, Florida. Its aim is to promote his administration’s agenda and protect American interests. The office was formally opened on Jan. 25. In his final speech on the day of his exit from the White House, Trump promised his supporters that he will be “back in some form.”

“The office will be responsible for managing President Trump’s correspondence, public statements, appearances, and official activities to advance the interests of the United States and to carry on the agenda of the Trump administration through advocacy, organizing, and public activism… President Trump will always and forever be a champion for the American people,” the office said in a statement.

One reason might be that he is planning out his next course of action, awaiting his impeachment trial. Also, Trump has been banned by social media platforms, such as Twitter, Facebook, and YouTube. Pro-free speech platform Parler was taken down after Amazon cloud services banned it. Trump now must rely on traditional media outlets to get his message out.

Trump is expected to continue living in Florida where his team will support him in his latest political endeavor. It is believed that Trump is planning to support candidates against Republicans who spoke out against him in the 2020 election by not supporting his claims of election fraud.

Liz Cheney and Brian Kemp, for example, both voted to impeach Trump in the House of Representatives. Trump may also target Republican senators who vote to convict him in the impeachment trial starting on the week of Feb. 8.

Meanwhile, there are also talks that Trump might form a third political party, called the Patriot Party, to fight for the 2024 presidential election. However, this rumor seems to be false according to Republican Senator Kevin Cramer from North Dakota. He recently received a phone call from Trump aide Brian Jack who thanked him for supporting the ex-President over the years. Jack confirmed that Trump was not planning to form a third party. Cramer had severely criticized Trump for his alleged incitement of the Jan. 6 Capitol attack.

“The main reason for the call was to make sure I knew from him that he’s not starting a third party, and if I’d be helpful in squashing any rumors that he was starting a third party, and that his political activism or whatever role he would play going forward would be with the Republican Party, not as a third party… Now, of course, that means different things to different people, I suppose… I was happy to spread the message… For sure, I’ve gotten plenty of blowback back home for not being sufficiently loyal to Donald Trump, and it does seem a bit crazy,” Cramer told reporters.

Some people from Trump’s former administration have joined influential conservative organizations. For instance, Trump’s former Secretary of State Mike Pompeo has joined the Hudson Institute think tank. The institute has a strong reputation in the conservative community; Pompeo will be ranked as a distinguished fellow. Larry Kudlow, who used to be a top economic advisor for Trump, recently joined Fox Business Network as a host of a weekday program.