John Kerry: Washington Will Not Let China Slack Off on Climate Change 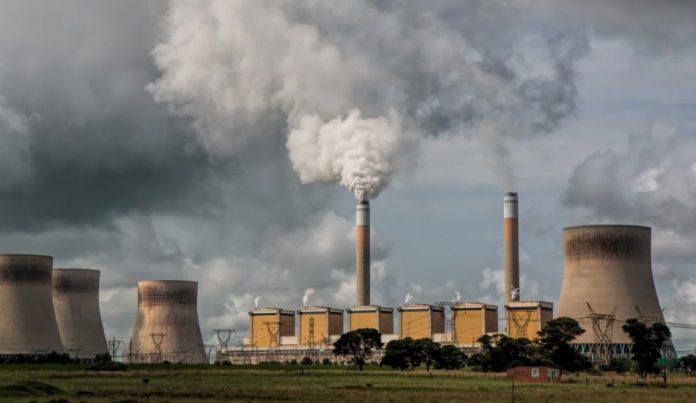 When Biden came to power, political experts wondered whether the administration would take a softer approach toward communist China and provide concessions on climate change. John Kerry, President Biden’s special envoy on climate change issues, has dismissed these doubts.

At a White House briefing discussing communist China’s aggressive policies in the South China Sea as well as its consistent theft of American intellectual property, Kerry said that these issues will never be compromised for “anything that has to do with climate.”

At a virtual summit hosted by the World Economic Forum, Kerry called on communist China to do more when it comes to climate change. “[China is] funding 70 percent of the coal-fired power plants around the world in the Belt and Road Initiative. So we have big challenges ahead of us here. We’ve got to be honest,” he said at the summit.

The EU, Japan, and several other nations have all agreed to eliminate carbon footprints by 2050, a full 10 years earlier than China. Kerry notes that Washington is not happy with China’s schedule and “doesn’t want that to stand.”

Some experts have warned that Beijing might use the Biden administration’s focus on eliminating greenhouse gas emissions to its benefit. Beijing might actually achieve its climate change obligations and simply ask the U.S. to stick with its emission reduction goals. While this might seem like a good thing on the surface, the U.S. will be greatly hurt if it follows such a path.

If the United States has to reduce greenhouse gas emissions, it would simply mean that the country will reduce the use of fossil fuels and switch to “green energy.” This will be beneficial for China since the country is the world’s largest producer of green energy technologies. In contrast, by reducing its use of fossil fuels, America will simply be squandering the massive oil and natural gas reserves beneath its soil. Instead, it will become dependent on China-produced “clean energy” products.

Biden has recently entered the U.S. back into the Paris Climate Accord after Trump had exited the agreement. Trump cited that it was extremely damaging to the American economy and workers. Biden, however, promised that he would do everything in his power to pursue the environmentalist agenda.

Biden has already canceled the critical Keystone XL pipeline and will also ban drilling on federal land. Anne Bradbury, the CEO of the American Exploration and Production Council, has warned that such a ban would destroy many American jobs in an economy that is reeling under the effects of the CCP virus pandemic.

Kerry suggested that oil and gas workers who lose jobs as a result of Biden’s policies will soon find “better” jobs. But he did not provide details as to how that will happen. Interestingly, Kerry himself has admitted that even if the United States were to drive down its emissions to zero, climate change will remain a concern.

“[Biden] also knows that Paris alone is not enough, not when almost 90 percent of all the planet’s omissions, global omissions, come outside of US borders. We could go to zero tomorrow, and the problem isn’t solved. That is why today, one week into the job, President Biden will sign this additional executive set of orders to help move us down the road, ensuring that ambitious private action is global in scope and scale as well as national, here at home,” he recently said to reporters. Some are wondering why the Biden administration is aggressively implementing its climate change goals if they acknowledge that problems will still exist.

Previous article2021: Year of the Ox
Next articleEx-Google CEO Warns Chinese Tech Threatens to Overtake the US