Why the Chinese Communist Party Wants Your DNA 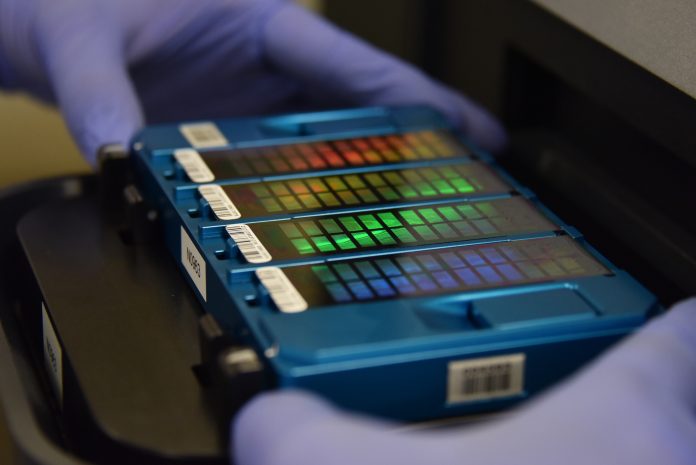 Last year, China publicly declared plans to expand its global DNA database. According to state propaganda organ Xinhua, at the 15th G20 Leaders’ Summit on November 21, 2020, Chinese leader Xi Jinping said: “We need to further harmonize policies and standards and establish ‘fast tracks’ to facilitate the orderly flow of personnel. China has proposed a global mechanism on the mutual recognition of health certificates based on nucleic acid test results in the form of internationally accepted QR codes.” We hope more countries will join this mechanism.”

The Chinese Communist Party (CCP) portrays its effort to compile the DNA of both Chinese and foreigners alike as a way to combat biological threats like the SARS-CoV-2 pandemic. However, it also serves to strengthen the Party’s social control. Indeed, a New York Times article revealed that the CCP has since 2014 been working on a genetic map of its approximately 700 million males by collecting compulsory blood samples, culminating in the creation of a national database in late 2017. Authorities have targeted men and boys in particular because they “commit more crimes, statistics show,” said the Times’ article. Those that refuse blood collection are listed as a so-called “black household” and can be stripped of benefits, such as the right to travel and visit a hospital.

A March 2020 statement from Guanwen township officials in the southwestern Sichuan Province, found by the Australian Strategic Policy Institute, states that the DNA database has already been used to ramp up surveillance efforts.

The Sharp Eyes Project is a local surveillance program that encourages neighbors to report each other for suspicious activity, especially in rural areas where the presence of police and security cameras is relatively low. Rights activists worry that genetic science will give Chinese authorities unrestricted access to genetic secrets and family connections. The data collected has already been used by a biotechnology company, Anke Bioengineering, to build a “DNA Skynet” that integrates video surveillance and big data to create a powerful policing system. Activists are concerned that officials will go so far as to plant DNA evidence at crime scenes to unfairly frame and prosecute dissidents.

Newsweek reports that additional goals of the CCP may be to “dominate the biotech industry” by amassing genetic data and to develop “biological weapons designed to target certain ethnic groups.” Chinese state media claim that China already has the largest genetic database in the world with over 80 million profiles. To gather this many genetic profiles, the CCP has employed a wide variety of methods. By conducting Phase III trials of its coronavirus vaccine in Morocco and other countries, China has been able to gather DNA from participants. To coerce countries that may be hesitant about joining the clinical trials, such as Nigeria and other African countries, CCP officials have privately stated that access to the vaccines may be restricted from nonparticipants.

In the United States, China has gathered genetic data by acquiring American companies, such as Complete Genomics in 2013. In September 2020, a bankrupt GNC was sold to China-based Harbin Pharmaceutical Group Co. for $770 million. At least 23 Chinese-associated companies are accredited to perform genetic testing on United States citizens and seek access to genetic data by working with genealogy companies such as 23andMe. Furthermore, the CCP agenda has been reinforced by efforts to prevent the transfer of Chinese data to foreign countries. In May 2019, the CCP’s State Council published an order to regulate its human genetic resources, including barring foreign entities from collecting or preserving human genetic resources in China and transferring human genetic resources abroad.

An episode of 60 Minutes on CBS News titled “Left Behind, The Biodata Race, DNA For Sale” aired on January 31, 2021, and reported results of an investigation into China’s efforts to collect Americans’ DNA. The largest biotechnology company in the world, BGI group, is based in China and reportedly sent letters to multiple states offering to “provide technical expertise,” provide “high throughput sequencers,” and “make additional donations” to help with Coronavirus Disease 2019 (COVID-19) testing. BGI has been involved in collecting genetic data from ethnic Uyghurs and received $1.5 billion from the Chinese government in 2010.

Sophie Richardson, director of the China program for Human Rights Watch, elaborates on how more than one million Uyghurs, Chinese citizens who are predominately Muslim, are jailed in camps and banned from worshipping or speaking in their native language. Collection of DNA and other biometric data from these minorities is “used specifically to identify people, target other family members and refine facial recognition software.” The U.S. government has criticized these actions by the Chinese government as a crime against humanity.

Additionally, Chinese companies are obligated to share data with the CCP and are not given the same privacy protections as in the United States. The situation in China would be like companies such as Google, Amazon, and Facebook being required to give information to the CIA on demand. Officials in multiple states were thus suspicious of BGI’s intentions due to its close ties with the CCP, and refused to accept the offers to help with COVID-19 testing.

Although the possibility of direct DNA collection from nasal swabs is uncertain, Bill Evanina, the director of the National Counterintelligence and Security Center (NSC), warned that BGI was likely attempting to establish partnerships with U.S. companies that could later be exploited.

Supervisory Special Agent Edward You, an FBI investigator with a background in biochemistry, stated:

“The authoritarian government of China and its leader Xi Jinping have been boldly open about their ambitions to beat the west and reap the benefits of advances in DNA science and technology. The communist regime even has a published manifesto with a catchy name… Made in China 2025.” China wants to dominate the biotechnology sector as a leader in the development of vaccines and precision medicine.

The country with the largest dataset is most likely to win, You explains: “Think of DNA as the ultimate treasure map, a kind of double-helixed chart containing the code for traits ranging from our eye color to our susceptibility to certain diseases. If you have 10,000 DNA samples, scientists could possibly isolate the genetic markers in the DNA associated with, say, breast cancer. But if you have 10 million samples, your statistical chances of finding the markers improve dramatically, which is why China wants to get so much of it.”

The global biotechnology sector is a booming industry with an estimated worth of up to $4 trillion per year, which is more than the valuation of Amazon and Apple combined. Given that China has made its intentions clear, the U.S. must continue to be vigilant to protect the genetic data of its citizens. While certain benefits of analyzing genetic data are overwhelmingly positive, such as the potential development of life-saving cures and treatments, the underlying truth is that private genetic data is a way for companies to profit off of consumers. In the case of the Chinese government, the combination of artificial intelligence, surveillance, and genetic data have paved the way for unprecedented persecution of dissidents.