Organ Harvesting in China Denounced in UK and US Legislation 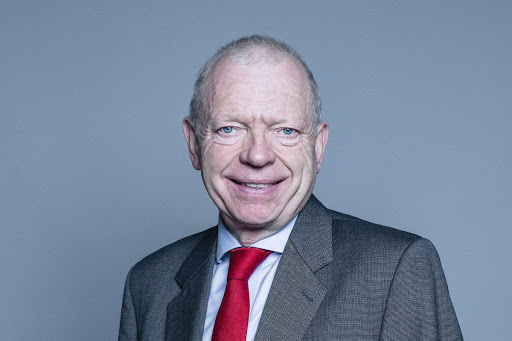 On Feb. 11, 2021, amendments to the Medicines and Medical Devices Bill (Bill 136) in the United Kingdom (UK) became law after receiving Royal Assent, the legislative process’s last step. This historic bill became the first passed by the British government to combat the crime of live organ harvesting by the Chinese Communist Party (CCP).

The summary of the bill on the UK Parliament website is to “confer power to amend or supplement the law relating to human medicines, veterinary medicines, and medical devices; make provision about the enforcement of regulations, and the protection of health and safety, concerning medical devices; and for connected purposes.” Specifically, the amended bill aims to ensure that Britain’s medical community is not tainted by importing human tissues, organs, or cells from foreign countries.

Similarly, in the U.S., a bipartisan bill was introduced to the Senate (S.5016) and House of Representatives (H.R.8972) in Dec. 2020 entitled “Stop Forced Organ Harvesting Act of 2020.” Senator Thomas B. Cotton (R-AR), Congressmen Christopher H. Smith (R-NJ), and Thomas R. Suozzi (D-NY) headed the efforts to expand the power of the US government to confront organ harvesting.

Some of the bill’s features include the U.S. government’s authorization to deny or revoke passports for illegal organ purchasers, mandates on annual reporting on forced organ harvesting in foreign countries, and sanctions on foreign entities involved in forced organ harvesting. The bill was read twice in the Senate before being referred to the Committee on Foreign Relations.

Of particular significance was Amendment 13 to the bill, proposed by Lord Hunt of Kings Heath from the Labour Party and approved on Jan. 12. With this amendment, the UK banned “the use of human tissues or cells in relation to human medicines” and pushed the Government to take action against the crimes against humanity in China.

“The world is increasingly aware of China’s forced organ harvesting from prisoners of conscience. This horrific crime of forcibly removing the organs from living victims—a process leading to inevitable murder— has recently been found by the China Tribunal to be happening extensively.”

The Tribunal concluded that “Forced organ harvesting has been committed for years throughout China on a significant scale and that Falun Gong practitioners have been one – and probably the main – source of organ supply…” Regarding the Uyghurs, the Tribunal had evidence of medical testing on a scale that could allow them, amongst other uses, to become an ‘organ bank.’

The Bill was seen as an opportunity by Lord Hunt and other supporters to “prevent British complicity in such crimes and to send an important message to other countries.”

The scale of human rights violations is astonishing because millions are detailed in labor camps. “UN experts estimate that at least 1 million Uyghurs are being held in camps in the region of Xinjiang. Elsewhere throughout China… being held in labor camps, [are those] such as Tibetan Buddhists, Falun Gong practitioners, and Christians.” These camps are called out as a form of “modern-day slavery.”

Another recurrent theme discussed at British Parliament was the “Real Body Exhibition” featured at the National Exhibition Centre in Birmingham in 2018. Despite lacking permits and consents, these “unclaimed corpses” were allowed to be displayed. In a Feb. 11 speech, Marie Rimmer, a Member of Parliament (MP), stated that “imported bodies of political prisoners and human rights abuse victims of China were on display in Birmingham.”

She referred to the exhibition as a “barbaric traveling circus,” in which “the British public unknowingly paid 15 pounds each to view the remains of these poor souls.”

The realization ignited her passion for human rights work. She said:

“Since I learned [of] this horrific display, I have become determined to work on behalf of these human rights abuse victims to end forced tissue and organ harvesting… This amendment provides the opportunity to prevent complicity in this crime within the UK medicine industry. It gives ministers the powers to do the right thing.”

An independent UK tribunal will take place in May to establish whether the Chinese government’s alleged abuses against the Uyghur Muslims count as genocide. The allegations that panel members will evaluate include torture, rape, enslavement, separation of families, and forced sterilization. Dozens of witness testimonies are expected to be heard in the public hearing.

Even though the tribunal’s ultimate judgment will not be binding for any government, the event organizers hope that public exposure of evidence will encourage officials to take action. Given that the 2018 China Tribunal was instrumental in the 2020 debates regarding the Medicines and Medical Devices Bill amendments, another tribunal may be just as eye-opening.

The hearings are scheduled for May 7 to May 10 in central London, featuring 30 witnesses and experts presenting testimonies and evidence. There will be another session in mid-September. The final judgment is likely to be issued by the end of the year.

The upcoming UK tribunal’s sentiments are echoed by former U.S. Secretary of State Mike Pompeo, who criticized China’s actions against the Uyghurs and ethnic minorities as crimes against humanity and genocide. Antony Blinken, Pompeo’s successor, issued a statement agreeing with Pompeo immediately after entering office.