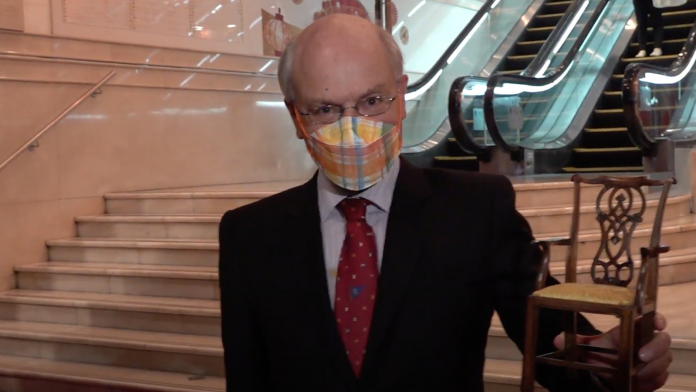 The newly elected Chairman of the Hong Kong Bar Association, Paul Harris, has been facing pressure to step down from the role after only a few weeks in the position. Mr. Harris assumed his new role as Chairman, replacing Philips Dykes, in January but has recently faced calls to vacate the job after pro establishment leaders questioned his political leanings.

The National Security Law and the Hong Kong Bar Association

Mr. Harris started his career in law in the UK when he was admitted to the bar in 1976 and continued his work in law in Hong Kong in 1993. Shortly after that, he founded the Human Rights Monitor in 1995. Upon assuming the office as Chairman of the Hong Kong Bar Association, Mr. Harris was interviewed by Radio Free Asia on what he expects to tackle during his tenure in the position. In the interview he stated, “I’m a deeply committed rule of law person. That means that on the one hand, I don’t like violent demonstrations, on the other hand, I don’t like authorities that abuse their power. I will be trying in my term to strengthen the rule of law any way I can. I am particularly concerned about some of the provisions of the National Security Law, particularly the one that says that certain officials are above the law, that they shan’t be challenged in any court.”

In addition, Harris expects to dispute other National Security Law (NSL) provisions that allow people to be taken to mainland China from Hong Kong and be tried without a jury in serious cases. He would also look into the power the NSL gives the local police force to question individuals based on political affiliation and hand out penalties if the information is refused.  The NSL, which spurred mass protests in the city, was enacted in June 2020 in order to, “prohibit any act of treason, secession, sedition, subversion against the Central People’s Government.” The NSL provisions he seeks to change stand in contrast to the city’s mini constitution known as Basic Law which provides access to courts, jury trials in serious cases, and the freedom of conscience.

Pressure to step down

Calls for Mr. Harris to step down from his position came from pro establishment leaders questioning his ability to hold office after the British media reported he was a liberal democrat.  Pro-establishment lawmaker, Priscilla Leung Mei-fun, has called for Harris’ ousting as well. Leung has strong ties to Beijing as she advises the mainland on issues concerning the Basic Law Committee. Leung believes the bar association chair should have no political association when running for the position. Ronny Tong Ka-wa, a former Bar Association chairman, and current advisor to the city leader, believes Harris should vacate the position as chair since UK-Hong Kong relations are currently tense. Asked whether there is double standard in the treatment of Harris, Tong believes there is none despite being reminded of former chairman Rimsky Yeun Kwok-keung who served as a delegate to the Guangdong Chinese People’s Political Consultative Conference.

Double standards in the legal process

Examples of the double standard, like the one Harris is now facing, can be seen in the treatment of churches, spiritual groups, and protesters that have met with law enforcement and judicial courts since the NSL has been enacted. Arrested pro-establishment offenders are often given light verdicts after serious offenses. For instance, one man was given a three month sentence after stabbing a democratic ex-legislator, while a pro-democracy protester was given 10 months simply for being caught carrying spray paint and a lighter.

In another case, 39 law enforcement officials providing testimony in protest-related proceedings were found to be fabricating information in 24 cases, as reported by Stand News. These officers received verbal reprimands but no punishment was imposed. This stands in stark contrast to pro-democracy supporters like Roy Chan, Pastor of the Good Neighbour North District Church in Hong Kong, who fled the country after his accounts with HSBC were frozen under allegations of money laundering and fraud. Several employees of his church were placed under arrest. The church was known for its group named ‘Protect the Children’ made up of elderly members acting as a human barricade between protestors and law enforcement during the pro democracy protests against the NSL.

During the time of the protest in November 2019 an act of arson occurred at the Epoch Times’ printing company when four masked men entered the facility, doused gasoline on equipment and set it ablaze, damaging machinery. The Epoch Times is the publisher of “Nine Commentaries on the Communist Party,” which is a critical analysis of the CCP. At the time, CPJ’s Asia Program Coordinator Steven Butler stated, “Hong Kong is suffering from an alarming increase of violence against journalists and media operations, threatening the city’s tradition of press freedom.” The Foreign Correspondents’ Club of Hong Kong, called for the “press to be able to operate freely in Hong Kong without the threat of violence or intimidation.” As of the time of this reporting, the case is open and no arrests have been made.

Previous article7 Things You Might Not Know About Coffee
Next article12 Signs of a Heart Attack, Unexpected but Lethal

Intelligence Report Highlights China as a ‘Near-Peer’ Competitor to US

A recent report from the Office of the Director of National Intelligence (DNI) has warned that China is a “near-peer” competitor to the United...
Read more