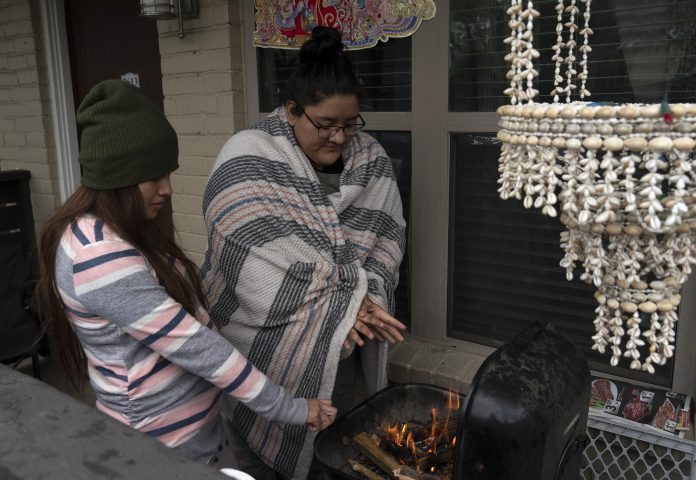 While Texans are reeling under the impacts of a severe winter storm, another crisis has hit – carbon monoxide poisoning. Cases of such poisonings have spiked in recent days.

According to the Texas Poison Center Network, they have received almost 450 calls regarding carbon monoxide poisoning since Feb. 11. Some of these calls were made while the callers traveled to an urgent care center or emergency room. Carbon monoxide is an odorless, colorless gas that can potentially cause brain damage and death.

The rise in carbon monoxide poisoning is due to widespread power outages. With indoor heaters unusable, residents are struggling to keep warm. Many have resorted to bringing outdoor heating equipment like charcoal grills, barbecue pits, portable generators, etc., inside their homes. All these sources release carbon monoxide. The improper use of portable generators alone resulted in the deaths of almost 900 people between 2005 and 2017.

According to Harris County Judge Lina Hidalgo, around 300 carbon monoxide poisoning cases have been reported due to the recent winter storm. This may be just the tip of the iceberg, as she believes the actual number of cases could be much higher.

“The truth of the matter is, this carbon monoxide poisoning is in many ways a disaster within a disaster… Much of these poisoning calls … they’re due to bringing grills into the house, turning cars on in garages, basically using outdoor equipment inside… You can use that equipment to stay warm, just don’t use it in your home,” Hidalgo said to NPR.

Memorial Hermann Health System in Houston has seen over 100 poisoning cases of late. A spokesperson noted that though it is normal to see carbon monoxide poisoning during cold weather, this sudden spike has been shocking. Doctors at the hospital are calling it a “very serious health emergency.” Online searches for the term ‘carbon monoxide symptoms’ rose by almost 100 times during a 4-day period.

Meanwhile, the Texas power grid averted a major disaster as the winter storm had pushed it to the edge of a complete blackout. Due to intense cold, many power plants had been forced offline, reducing the power supply to the grid. Simultaneously, power demand was rising as people turned up their heaters to keep warm. It created a problem in the grid, and the operators had to cut the power.

“It needed to be addressed immediately… It was seconds and minutes [from possible failure] given the amount of generation that was coming off the system.”

He added that if operators had waited longer, more power plants might have turned offline, and the blackouts could have lasted for months, pushing Texas into a long crisis.

Meanwhile, ERCOT has removed the names on its board of directors from its website after receiving numerous threats from unknown sources. Calls for the leaders’ resignation have also increased, with the state governor Greg Abbott supporting the move.