Home US Senator Cotton: US Must End the Influence of the ‘Evil Empire’ in...
US

Senator Cotton: US Must End the Influence of the ‘Evil Empire’ in Hollywood 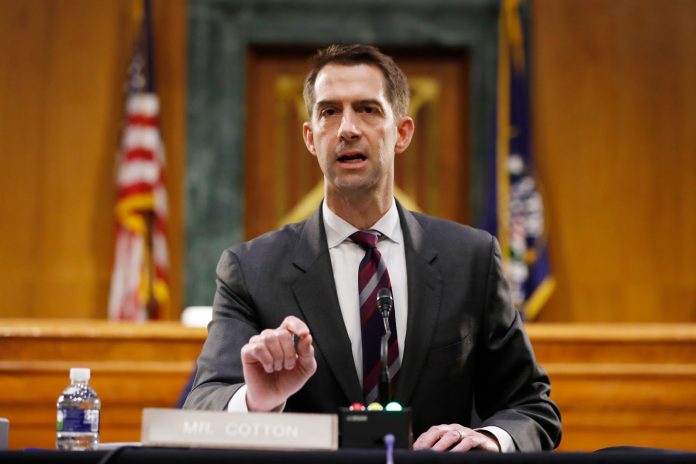 Cotton argued that these actions would ensure that American studios produce content that is free from the influence of the communist regime. The focus on entertainment is only one portion of the report. It also tackles the broader issue of the U.S. decoupling from China in sectors like investments, telecom, rare earth metals, medicine, higher education, and AI. In a speech delivered at the Reagan Institute where he unveiled the report, Cotton asked the U.S. government to beat the “evil empire” and consign the CCP to the “ash heap of history,” just like the Bolsheviks.

In the report, Cotton gives examples of how Communist China has infiltrated Hollywood and forced it to make changes in the regime’s interests.

Cotton warns authorities in the United States that America is in a culture war with the CCP. To prevent Hollywood content from being further brought under the Party’s influence, America must terminate its partnerships with Beijing. The report recommends that Washington instruct AMC Theaters to separate from Dalian Wanda if the theater chain survives the pandemic.

“The United States should prohibit the DOD, CIA, and FBI from supporting any television and film studios that allow the content they release in the U.S. market to be censored by the CCP… The federal government must work with Hollywood to raise awareness about the CCP’s systemic campaign to manipulate, infiltrate, and capture its studios… Entertainment executives must understand that the CCP, while a profitable partner in the short term, is ultimately hostile to their freedom and creativity. They must be willing to face down this threat,” the report states.

While Cotton calls for decoupling Hollywood from China, the Hollywood studios would stand to lose revenue. China is a massive market for Hollywood that transmits American culture to the Asian nation. In 2020, China overcame the United States to become the biggest movie market in the world. If U.S. studios are forced to end Chinese partnerships, Beijing could retaliate by blocking off Hollywood films from the Chinese market, restricting American cultural influence in the region.

“If China doesn’t need US movies, Hollywood studios will have to dramatically reduce their spending on big-budget blockbusters… The current budgets are unsustainable without access to the China market. That could fundamentally change the model of the U.S. film industry,” author of Hollywood Made in China Aynne Kokas told CNN.