COVID-19 in the UK: Harsh Lockdowns But High Death Rates 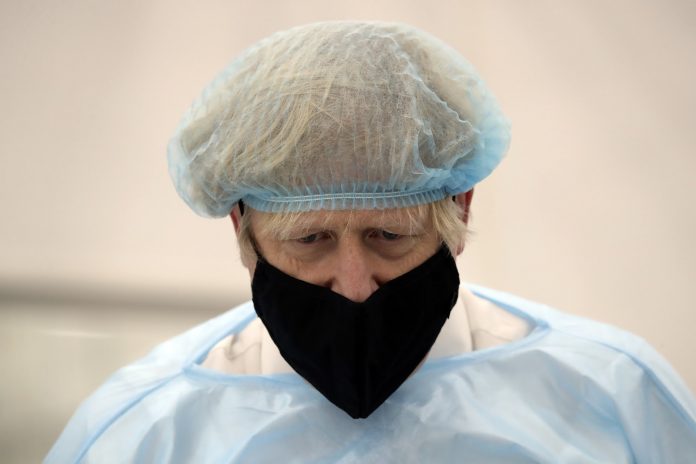 A ranking of ‘government stringency’ has scored the UK 86 out of 100 points, placing it as one of the countries with the harshest coronavirus restrictions.

The ranking, done by the University of Oxford’s Blavatnik School of Government, shows that only three countries score higher than the UK globally – Lebanon, Venezuela, and Eritrea. The U.S. scored 68 out of 100, indicating a higher freedom level during the pandemic.

The rating is determined by public health restrictions imposed by the country, such as school closures, mask mandates, and stay-at-home restrictions. The UK ordered a shutdown of schools, which most European nations had avoided. At present, Brits are under a stay-at-home order which is expected to be only eased by the end of next month.

But despite these strict measures, the UK has one of the highest coronavirus fatality rates globally. The country’s deaths per million stand at 1,792. That’s the sixth most, ahead of Italy, Portugal, the U.S., Spain, France, Germany, and other developed nations.

One-third of pandemic deaths in the UK came from care home residents. The new UK strain has dramatically affected the country. Britain totaled 100,000 CCP virus deaths by the last week of January. A quarter of those deaths occurred in the previous three weeks when the more lethal UK strain spread throughout the country.

“We suffered from not having an adequate public health infrastructure in this country; we didn’t get test, trace and isolate right, and that’s still a big challenge for this country, so keeping a lid on infections by effective testing and tracing and then encouraging people to isolate is really important. And we didn’t get border control right,” Young told Voice of America.

The UK’s coronavirus alert level, which moved to Level 5 on Jan. 4, has dropped back to Level 4. The change was agreed upon by the four UK chief medical officers and NHS England’s national medical director.

However, they warned people to continue following lockdown protocols since the death toll, pressure on hospitals, and transmission rates are still considerably high. Unless the vaccine rollout shows a positive impact, experts warn that people must remain vigilant.

Data from the British National Police Chiefs’ Council (NPCC) shows that the police issued 68,952 fines between March 27, 2020, and Feb. 14, 2021, for people who breached coronavirus lockdown rules. The number of penalties increased after the lockdown was announced on Jan. 4.

“We are still in a really dangerous stage of a pandemic which has killed more than 120,000 people… Eleven months on and back into a national lockdown, the rules are really clear and so it is frustrating that we still have a small number of completely defiant and irresponsible people who have no regard for the safety of themselves or others,” NPCC chairman Martin Hewitt said in a statement.