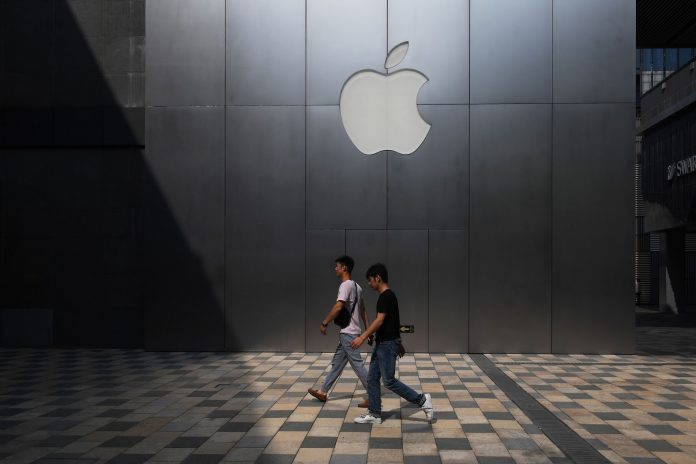 Barton Thorne, until recently the principal of Cordova High School in Memphis, Tennessee, was suspended after speaking to students about the dangers of big tech censorship.

Thorne is suing his school district and its superintendent for the suspension. According to the lawsuit, Thorne usually delivers a weekly speech to students to educate and inspire them.

After the Jan. 6 Capitol attack, Thorne gave a similar speech (in a virtual classroom). He criticized the censorship implemented by big tech companies like Twitter, Google, Facebook, and Apple. He pointed out that American history is rife with examples of small groups of people deciding what others should hear. Giving the example of McCarthyism, the principal encouraged students to ‘Google’ about the issue or ask their social studies teacher.

Thorne stressed that his talk was not in support of Trump but was about freedom of speech. He also criticized the Capitol riot, calling it “ignorance at the highest level.” He said that no matter what side you agree with, one should not practice sedition or attack the legislature. Thorne was soon placed on administrative leave by the Shelby County Schools (SCS) and is currently under investigation for “professional misconduct.”

On Jan. 25, Thorne’s lawyers sent a letter to SCS demanding that they publicly apologize for suggesting that he had done something inappropriate and immediately reinstate him. After the school district refused to act, Thorne filed a federal lawsuit. His lawyers point out that Thorne never compromised any ethics code for teachers and that his suspension violated the school district’s procedures.

“For sharing this message with his students, Principal Thorne was subjected to a professional misconduct complaint and internal disciplinary investigation. SCS placed him on administrative leave, where he has languished for six weeks without any closure to his case,” the lawsuit states.

“During that time, SCS officials lambasted his message in the news media while telling him to stay silent. SCS’s actions violate Principal Thorne’s First and Fourteenth Amendment rights by subjecting him to viewpoint discrimination. They further constitute a breach of Principal Thorne’s employment contract.”

In a statement, Thorne stressed that free speech is under threat and that he will neither be silenced nor would he allow a student’s voice to be marginalized just because he puts forward a reasonable point of view. He warned that ‘cancel culture’ is taking foot in America and that he will never stand for it.

“The time has come to break up big tech monopolies and restore fair competition… Big tech giants like Twitter, Google, and Facebook should be punished with major sanctions whenever they silence conservative voices,” Trump said in a speech.

During his presidency, Trump had pushed for abolishing Section 230 of the Communications Decency Act to remove liability protections enjoyed by social media platforms.

In Florida, lawmakers have put forward a proposal to penalize social media companies that ban political candidates during elections. If enacted, the platforms will be fined $100,000 per day for every day the candidate is blocked. The state of Texas is also considering a similar law.

Texas Attorney General Ken Paxton believes that big tech companies should be regulated, like how governments regulate utility companies. In an interview with The Epoch Times, Paxton pointed out that since these companies can decide who to allow and ban on their platforms, there is “no other choice” but to regulate them to maintain fairness.

He said that consumers don’t have the freedom to choose when it comes to social media, making it imperative that the government keeps them under control. Otherwise, free speech will be controlled by a few wealthy tech people.

Previous articleHow Amazing: Listening to Music Pieces Can Improve Dementia and Boost Immunity
Next articleTom Cotton: How to Beat China and Win the Economic War