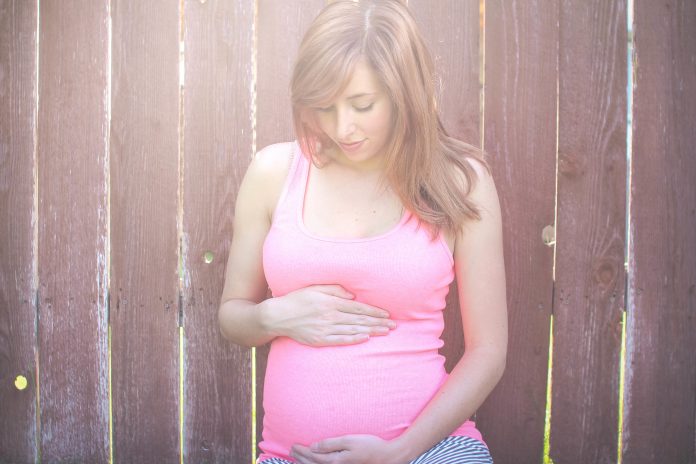 Forty-three possible COVID-19 vaccine miscarriages and stillbirths have been reported following as of Feb. 26, 2021, according to the Vaccine Adverse Event Reporting System (VAERS), a national vaccine safety monitoring program co-sponsored by the Food and Drug Administration (FDA) and the Centers for Disease Control and Prevention (CDC).

Given that events are often underreported, with a Agency for Healthcare Research Quality (AHRQ) study stating that less than 1 percent of vaccine adverse events are reported to the FDA, the true number of post-vaccination miscarriages and stillbirths may actually be in the hundreds or thousands.

Reports are filed to VAERS by medical professionals, patients, and family members. The FDA and CDC hope the system will help to evaluate “the safety of newly licensed vaccines” and identify “unexpected or unusual patterns,” but the data does not explicitly indicate that a vaccine caused an adverse event.

A formal investigation of VAERS miscarriage and stillbirth reports is yet to be launched, and individuals are justified in questioning the effects of COVID-19 vaccines on pregnancy given the dearth of studies and novelty of the experimental biologics.

In one VAERS report, a 38-year-old woman (924247) in California was over five weeks pregnant when she received the Pfizer-BioNTech vaccine. The pregnancy was uncomplicated until four hours after the jab, when she noticed pink discharge on the toilet paper, lower abdominal cramping, and vaginal bleeding that steadily increased over the next 24 hours. An obvious miscarriage occurred on the evening of Dec. 30. She experienced extreme fatigue and an upset stomach over the next three days and said, “I can’t help but think the vaccine in some way caused my body to reject the pregnancy.”

In Nebraska, a 32-year-old woman (1045927)  had a positive at-home pregnancy test on Feb. 4, the same day that she received the Moderna vaccine. Light vaginal bleeding and spotting began that night, and heavier bleeding began two days later. Lab tests on Feb. 8, 10, and 18 showed declining blood human chorionic gonadotropin (hCG) levels, indicating that a miscarriage had occurred. In addition to bleeding, she also experienced severe abdominal and back pain that her doctor explained were related to the miscarriage.

Another 32-year-old woman (958501), in Virginia, consulted with two obstetrician-gynecologist (OB-GYN) physicians as to whether she should receive the COVID-19 vaccine at eight weeks into her pregnancy. Both advised her to do so. After receiving the first Moderna vaccine dose on Jan. 14, she did not immediately experience any complications or side effects. However, two days later, she began to feel stomach cramping and had vaginal bleeding. She consulted again with her OB-GYN doctor before suffering a  miscarriage on Jan. 19.

While VAERS reports do not directly link vaccines to adverse events, the temporal relationship demonstrated in the reports should prompt officials to probe further.

A recent Pfizer press release stated, “Available data on Pfizer-BioNTech COVID-19 Vaccine administered to pregnant women are insufficient to inform vaccine-associated risks in pregnancy.” However, Pfizer also said that its vaccine “has not been approved or licensed by the U.S. Food and Drug Administration (FDA),” and has instead been given authorization for emergency use.

Numerous online articles claim to have “debunked” the scientific basis for COVID-19 vaccines causing adverse pregnancy events, claiming there is “no evidence”; however, critics note that such articles ignore VAERS reports.

While Pfizer-BioNTech has initiated a Phase 2/3 trial to study its COVID-19 vaccine in pregnant women, the trials will not conclude until Jan. 2023. The “independent boards” overseeing the majority of U.S. COVID-19 vaccine trials, known as Data and Safety Monitoring Boards (DSMBs), are shrouded in mystery and have possible conflicts of interest. In Oct. 2020, the Informed Consent Action Network (ICAN), through its attorneys, sent a letter to several federal organizations laying out concerns and demanding removal of appointed DSMB members who had conflicts of interests. Unfortunately, the FDA’s response letter failed to address a “single one of the serious conflicts detailed in ICAN’s letter regarding the members on the DSMB for the COVID-19 vaccines.”

Vaccine producers such as Pfizer and Johnson & Johnson (J&J) have a history of serial criminal fraud. According to The New York TImes, in a landmark 2019 opioid trial, J&J was ordered to pay $572 Million for promulgating “false, misleading, and dangerous marketing campaigns” that had “caused exponentially increasing rates of addiction, overdose deaths” and babies born exposed to opioids. J&J hopes to deliver 20 million doses of its COVID-19 vaccine, recently authorized for emergency use in the U.S., by the end of March.

The scientific theory behind how messenger RNA (mRNA) vaccines can incite a similar response as the novel coronavirus itself is that the spike protein of the SARS-CoV-2 virus, which the vaccines induce antibodies against, is highly homologous with syncytin-1 (SYN1), a human HERV (human endogenous retrovirus) protein involved in placental development. An autoimmune reaction could be triggered by the vaccine, in which antibodies could accidentally attack SYN1 proteins in the placenta because they are highly similar to SARS-CoV-2 spike proteins.

Claims from debunkers that the SARS-CoV-2 spike protein and SYN1 are “not similar enough”  remains unproven in the absence of further study. Indeed, a comparison of gene sequences showed that “alignment of the endogenous elements Syn1 found on human chromosome 7, or Syn2 found on chromosome 6, or HERV-K expressed from chromosome 6, all show a number of sequence motifs with significant similarity to nCoV2019 [SARS-CoV-2] spike protein.”

According to a case study published in JAMA, a woman with a healthy pregnancy suffered a miscarriage while in her second trimester, having contracted COVID-19 and presenting with acute symptoms. The authors concluded that the placenta was likely infected with the SARS-CoV-2 virus because of virological findings in the placenta from microscope studies.

The authors stated, “Infection of the maternal side of the placenta inducing acute or chronic placental insufficiency resulting in subsequent miscarriage or fetal growth restriction was observed in 40% of maternal infections with Middle East respiratory syndrome [MERS] coronavirus and severe acute respiratory syndrome [SARS] coronavirus. Additional study… is warranted to determine if SARS-CoV-2 can cause similar adverse outcomes.”

Pfizer’s own former head of respiratory research, Dr. Michael Yeadon, and former head of the Public Health Department in Germany, Dr. Wolfgang Wodarg, filed a petition in Dec. 2020 calling for the European Medicine Agency to immediately suspend all COVID-19 vaccine studies. One of their major points of concern was that if the SYN1 theory was true, “this would then also prevent the formation of a placenta which would result in vaccinated women essentially becoming infertile.”