Home World British Scientists Found to be in Cohesion with Chinese Research Institutions That...
World 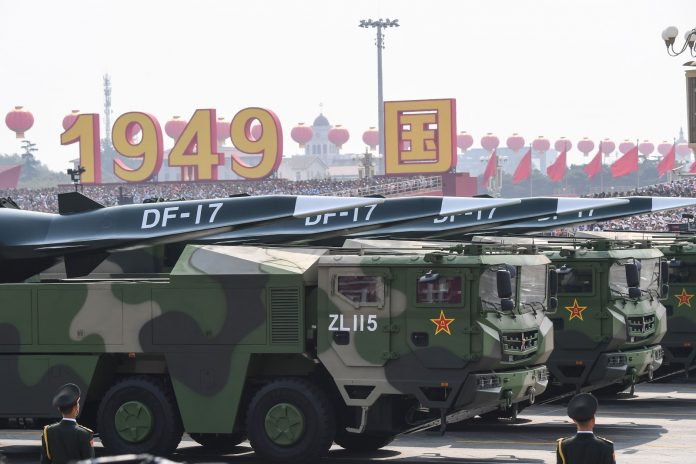 A recent report by UK news source the Telegraph has alerted British citizens that scientists employed by British universities are helping develop Chinese research that may be directed towards building nuclear weapons. Some of this research may be aided by top-of-the-line technology, which British taxpayers fund.

Chinese Communist Party (CCP) influence has been growing in many foreign countries. In particular, in the UK, Chinese companies have recently capitalized on the opportunity to purchase 17 independent schools that were struggling due to lockdown procedures from the pandemic. British politician Nigel Farage stated, “It’s as if the upper echelons of British society, civil service, and government, have become so pro-CCP and China, that I just think if we’re going to allow the Chinese to go on buying assets in this country, let’s at least have a public discussion about whether it makes sense.” Farge was concerned that the purchase of the 17 public schools was just the beginning and that there needed to be a more general discussion of the matter.

When recruiting foreigners, the Chinese Academy of Engineering Physics (CAEP) tries to downplay its military connection. Dr. Gilberto Teobaldi became an associate member in 2016. He has published seven papers that list him as a researcher at CAEP while simultaneously being employed at Liverpool University. Dr. Teobaldi’s story is just one of many—dozens of papers have been written by scientists with similar associations. The CAEP is on a U.S. sanctions list due to its research on developing Beijing’s nuclear arsenal. Many of these British scientists are employed by both Chinese research institutions and British universities simultaneously.

The Telegraph found that, in total, 33 U.K. universities have conducted research with the Chinese Academy of Engineering Physics (CAEP) or its subsidiaries, which are put on U.S. sanctions lists because China’s Central Military Council supervised them. Despite the accusation of military cohesion, the British institutions claimed that they followed ethical guidelines. Their research was under proper government surveillance, and their research was not for military use.

Another Chinese Institution, the Center for High-Pressure Science and Technology Advanced Research (HPSTAR), was set-up in 2014 and has also been out on the U.S. sanction list because of its role developing Chinese military technology. It has published 15 papers with a British scientist, who has received awards from China’s “Thousand Talents” plan, a program that has been linked to intellectual property theft in many countries and is banned from any U.S. funding.

Britain’s science and technology experts say that what these scientists are using in their research projects is top of the line, such as a supercomputer called ARCHER or a £260 million particle accelerator Diamond Light Source. It raises concerns from British taxpayers, whose money went to developing this technology.

The Telegraph says: “Security Services have repeatedly raised concerns over relationships between U.K. universities and China, and almost 200 British academics are understood to be under investigation for unwittingly helping the Chinese build weapons of mass destruction.”

Al Jazeera reported that these academics are suspected of violating intellectual property theft laws. If found guilty, they could face up to 10 years of imprisonment under the Export Control Order of 2008. In 2019, at the 70th anniversary of the People’s Republic, the Chinese military showed off a new hypersonic ballistic nuclear missile called the DF-17. This missile is said to be capable of bypassing any existing missile shield globally and reaching the U.S. in 30 minutes.