Home US Texas Launches Operation to Deal With Border Crisis, Mexican Gangs
US 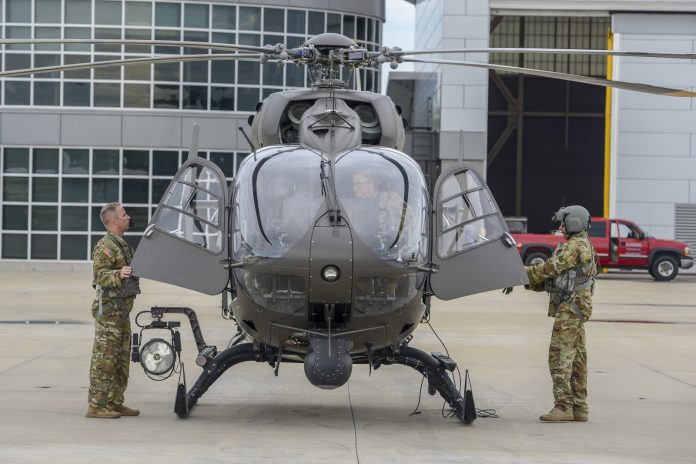 The governor of Texas, Greg Abbot, recently launched ‘Operation Lone Star’ in collaboration with the Department of Public Safety (DPS). The operation will deploy the state’s National Guard Troops and personnel from other agencies to block criminal organizations from Mexico smuggling people and drugs, across the border, into Texas.

Ground, air, marine, and tactical assets will be deployed to aid in the operation. In February, Abbott held a meeting with DPS Director Colonel Steve McCraw in which they discussed various ways to secure the border regions.

“Texas supports legal immigration but will not be an accomplice to the open border policies that cause, rather than prevent, a humanitarian crisis in our state and endanger the lives of Texans. We will surge the resources and law enforcement personnel needed to confront this crisis,” the governor said in a statement.

The decision to launch Operation Lone Star came after Governor Abbott and President Biden clashed on how to control the pandemic. Abbott had recently lifted the mask mandate in his state, feeling that such restrictions were not needed given the reduced hospitalizations, encouraging recovery numbers, and expanding vaccinations.

However, the governor did say that even though the state won’t force citizens to wear a face mask, it would be a responsible practice towards family and the community.

Biden, meanwhile, has criticized the move as a “big mistake,” saying that the last thing the country needs is “Neanderthal thinking.” Abbott responded to Biden’s comments by pointing out that the president’s policy of allowing a large number of migrants through the southern borders was the main reason the pandemic continues to spread throughout Texas and other U.S. states.

Most illegal migrants are allowed entry without proper COVID-19 test or quarantine requirements. According to data from the Customs and Border Patrol (CBP), the number of illegal crossings via the southwestern border between October 2020 and January 2021 rose by 79.6 percent.

The number of illegal aliens coming into the country rose even further in February after Biden lifted many of Trump’s restrictions on immigration and introduced new policies that boost the flow of people across the border. Biden’s immigration policies have been widely condemned; Trump has termed it a disaster.

“Our border is now totally out of control, thanks to the disastrous leadership of Joe Biden… Our great Border Patrol and ICE agents have been disrespected, demeaned, and mocked by the Biden Administration…”

“A mass incursion into the country by people who should not be here is happening on an hourly basis, getting worse by the minute. Many have criminal records, and many others have and are spreading COVID,” Trump said in a statement.

Recovery as a whole

Texans are also divided on whether to prioritize the economy at the cost of potentially worsening the pandemic or impose restrictions to curb the viral outbreak at the economy’s expense. A poll by Texas Politics Project conducted in February showed that people are almost evenly split on the issue, with 47 percent choosing to control the virus while 43 percent wanted a move toward economic recovery.

This division is more extreme when looked at from a political perspective. 72 percent of the Republicans stated that preserving the economy is most critical, while 82 percent of the Democrats stressed controlling the pandemic.