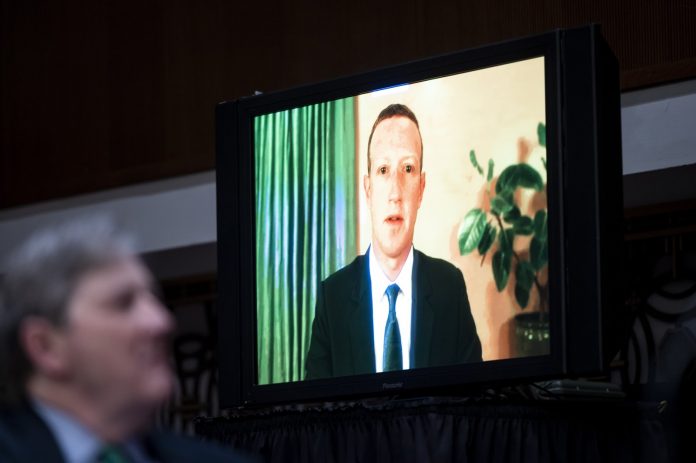 Facebook recently censored a Feb. 18 op-ed discussing coronavirus and herd immunity published in The Wall Street Journal after one of its ‘fact-checking’ teams determined it to be false. Written by Dr. Marty Makary, the op-ed argued that the U.S. could attain herd immunity against COVID-19 as soon as April.

He said that many people had lengthened the time needed for herd immunity since they didn’t include both natural immunity and vaccine immunity in their calculations.

The surgeon emphasized that there has been a 77 percent decrease in coronavirus cases over the previous six weeks. He called on the government to prepare a contingency plan to open the economy by next month.

“Some medical experts privately agreed with my prediction that there may be very little Covid-19 by April but suggested that I not to talk publicly about herd immunity because people might become complacent and fail to take precautions or might decline the vaccine… But scientists shouldn’t try to manipulate the public by hiding the truth,” Makary wrote in the op-ed.

A fact-checking service called Health Feedback, which has ties with the WHO, flagged the op-ed. It called the op-ed  “misleading” and alleged that the article was “missing context.” Facebook immediately censored the op-ed’s distribution on its social platform so that fewer people would come across the “misinformation.” Health Feedback is an affiliate of Science Feedback that is known to ‘fact-check’ conservative claims that question climate change.

The editorial board of The Wall Street Journal published an article in response titled ‘Fact-Checking Facebook’s Fact Checkers.’ The article condemned Facebook’s action against the newspaper as a “progressive health clerisy,” where opinions were presented as scientific facts.

It noted that there are many things about the COVID-19 pandemic that we still have no clue about. Yet, Facebook’s fact-checkers “cherry-pick” studies that support its opinions and assert such claims as being true.

The editorial board even extended support to the growing demand for stripping the special legal protections that social media platforms currently enjoy.

“We’ve been leery of proposals in Congress to modify Section 230 protections that shield internet platforms from liability… But social-media giants are increasingly adding phony fact checks and removing articles flagged by left-leaning users without explanation.”

“In short, they are acting like publishers in vetting and stigmatizing the content of reputable publishers. The legal privileges that enable these companies to dominate public discourse need to be debated and perhaps revised,” the article stated.

Facebook has also been slapped with multiple antitrust cases by the U.S. Federal Trade Commission (FTC). Almost every American state argues that the company has monopoly power and has harmed consumers. Facebook asked the federal court to dismiss these lawsuits on the grounds that they have failed to prove their accusations.

Filed last December, the lawsuits had requested the court to force Facebook to sell two assets: Instagram and Whatsapp. The states argued that Facebook violated antitrust laws by buying potential rivals and acting against the interests of smaller competitors.

Facebook criticized the FTC lawsuit for not clearly showing how it was a monopoly. It accused the FTC of attempting to bolster its claims with a “grab-bag” of selective emails and messages of Facebook executives. The FTC lawsuit cited an email from Zuckerberg in which he expressed concerns about the growing clout of Whatsapp and Instagram.