Who Stole the Victims of Socialism Memorial at Sam Houston State University? 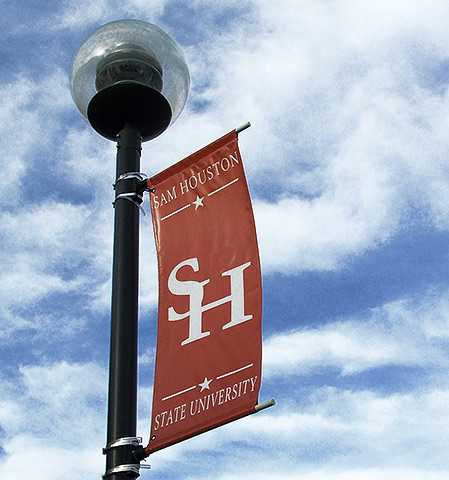 A memorial commemorating the 94 million lives lost in socialist and communist regimes at a Texas university disappeared the same night it was set up. School administration has denied responsibility, calling into question both who the culprits are and what their motive could be.

The Young Conservatives of Texas (YCT) student group at Sam Houston State University (SHSU) planted 1000 red flags as part of their victims of socialism memorial on the lawn near Lowman Student Center on the evening of Feb. 23, only to find the flags had disappeared by the morning.

YCT President Johnny Uribe told Campus Reform that at first he thought University staff had removed the memorial. However, staff confirmed with Uribe on Feb. 24 that the memorial was properly applied for and approved, and was not removed by the faculty.

SHSU Director of Marketing and Communications, Stephanie Knific, told Campus Reform, “Officials checked with the Grounds Department to see if they had removed the flags, which they had not. Additionally, staff checked dumpsters and trash receptacles to see if the flags had been discarded. None were found.”

Knific confirmed via email with Vision Times, “the Young Conservatives followed all procedures for securing an application to display their memorial and were approved on February 10,” adding that YCT inquired about additional security for the memorial the day their application was approved, but declined the option, as the University charges for the service.

Victims of socialism memorial a case of ‘whodunnit?’

Knific says YCT filed a report with the University Police Department (UPD) on Feb. 26. However, a month later, the investigation still has not yet yielded any results, “To date, the investigator has been able to narrow a time frame down and believes the display was removed sometime between 12:15 a.m. and 3:05 a.m. on February 24,” said Knific.

“While the case remains open, no witness, evidentiary or suspect information has been developed.”

As for the culprits and their motives, Uribe told Campus Reform he suspects SHSU’s Young Democratic Socialists of America (YDSA) student group because a YDSA member told him they saw pictures of the memorial being passed around in the organization’s GroupMe chat and being derided in profanity-laced comments.

Via email with Vision Times, Uribe reiterated his belief that a leftist student group on campus was behind the incident, “It had to be a group of Marxist leaning students because we have a fair share of liberals on campus talking about socialism & its ‘wonders’.”

Uribe told us he received an update from UPD on March 24, which also implicated members of the SHSU Black Lives Matter chapter, “Sadly a suspect can’t be named in the investigation because the picture of the memorial was passed among various GroupMe chats those belonging to YDSA, Black Sam Lives Matter, and other leftist groups/students,” he said.

He added that the UPD detective, “also believes that various students from these organizations got together and stole the memorial without their leadership knowing of their diabolical plans,” and that individual members “texted their plans outside of the groupchats so their leaders wouldn’t find out.”

Vision Times reached out to both the YDSA and Black Sam Lives Matter for comment, but did not receive a response.

SHSU does not appear to have issued a statement about the theft of the victims of socialism memorial. When we asked Knific if the event sounded the alarm for faculty on the rising influence of left-wing ideology and socialist groups on American campuses, or if the University would be so laggard in their response and investigation to the vandalism of a Democrat Socialists of America or Black Lives Matter-sponsored memorial, Knific responded with, “Sam Houston State University will have no further comment as the incident is under investigation.”

As for the Young Conservatives, Uribe says they intend to replace the memorial and won’t let the setback affect them, “Yes we are intending to redo the memorial because we believe that they can knock us down but we will rise back up stronger than ever!”

“You know as they say, what doesn’t kill you makes you stronger.” he said.

Previous articleFitness Activity Trackers: Are They Worth the Money?
Next article5 Things to Know Before Getting a Coronavirus Vaccine