Only a Third of Americans May Want Vaccination: Former FDA Commissioner 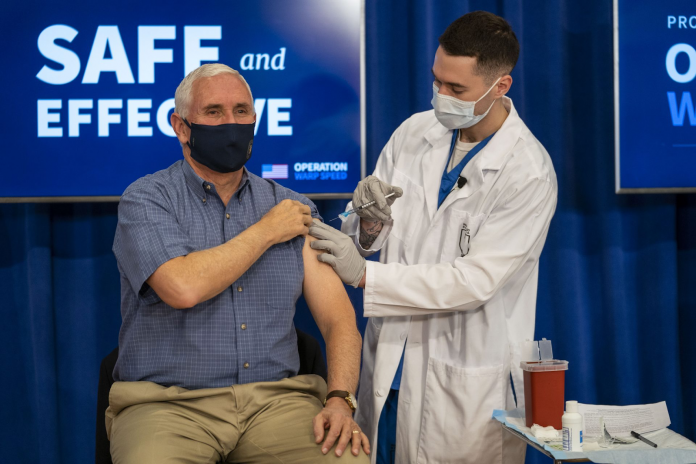 Dr. Scott Gottlieb, a former commissioner of the Food and Drug Administration (FDA), has commented that the effectiveness of the coronavirus vaccination campaign in the United States will likely be hampered due to public hesitancy in getting inoculated. President Biden has announced that his administration will vaccinate 100 million people in 100 days. This could prove to be a challenge.

Gottlieb noted that the supply of vaccines is presently at a steady level. The demand remains strong while most of the vaccines are currently being administered to the older population. Since the coronavirus death rate is quite high among this demographic, elderly individuals are more willing to take the shot. When it comes to the rest of the population, there may be more vaccine hesitancy.

“There’s going to be a lot of intense demand even in younger cohorts, but I think once we get to 100 million, maybe 120 million vaccines, the demand is going to get soft… Those were people who were worried about getting Covid going out and getting flu vaccines. That may be the universe of people who really have significant demand for a Covid vaccine,” he said in the interview.

Gottlieb bases his estimate on the number of American adults who received a flu shot in the past year. Given that there are around 320 million people living in the U.S, 100 million vaccinations would only be about one-third of the American population.

This presents a big problem since the current consensus is that anywhere from 70 percent to 85 percent of the American population have to be vaccinated in order to achieve herd immunity. This issue was recently raised by infectious disease expert, Dr. Anthony Fauci, who is also the chief medical advisor to President Biden.

“The concern I have, and something we’re working on, is getting people who have vaccine hesitancy, who don’t want to get vaccinated — because many people are skeptical about that. So we really need to do a lot of good outreach for that. I mean, I don’t know what the best case — the best case scenario, if it were for me, is that we’d get 85 percent of the people vaccinated by the end of the summer. If we do, then by the time we get to the fall, I think we can approach a degree of normality,” he said in a statement.

If the U.S. does not achieve herd immunity, things could go downhill. More infectious strains of the coronavirus are spreading throughout the country. Since most people do not possess the antibodies to keep the illness at bay, these strains will keep circulating among the U.S. population.

According to Fauci, the vaccines currently being distributed may be useless in suppressing new variants, meaning that even people who were vaccinated could become infected because other members of the society refused to get vaccinated.

Dr. Fauci also noted that only by ramping up the vaccination campaign, can the virus’ ability to mutate into new variants be reduced. The U.S. Centers for Disease Control and Prevention (CDC) has already warned that the UK variant could become the dominant strain in America by March.

During a recent speech at the White House, President Biden said that he cannot do anything impactful that will “change the trajectory of the pandemic in the next several months.” Biden had consistently criticized Trump for not doing enough to prevent the spread of the coronavirus while in office. The pandemic has infected more than 25 million people in the country, killing over 424,000.

Previous articleDivination for 2021: Danger at the End of the Gengzi Cycle
Next articleChina Pressures Jack Ma to Hand Over Customer Data

CCP-backed Companies Exploited the Paycheck Protection Program During The Pandemic