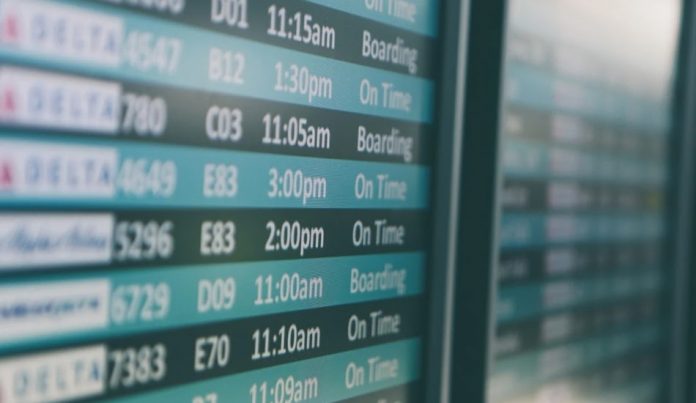 President Joe Biden has reinstated travel bans on non-U.S. travelers coming from the UK, Ireland, Brazil, and 26 European nations from the Schengen region. Travelers from South Africa have also been banned. Bans on travelers from Iran and China are already in place.

According to Jen Psaki, the White House press secretary, South Africa’s inclusion on the list results from its variant posing a serious threat.

Peter Doocy, the White House correspondent for Fox News, said that when Trump imposed travel bans against China in March last year, Biden called it “fear-mongering” and “xenophobic.” He asked the press secretary whether Biden’s ban on South Africans should also be seen as xenophobic.

“I don’t think that’s quite a fair articulation. The president has been clear that he felt the “Muslim ban” was xenophobic. He overturned the “Muslim ban”… He was critical of the former president for having a policy that was not more comprehensive than travel restrictions. And he conveyed at the time, and more recently, the importance of having a multifaceted approach … not just travel restrictions,” Psaki said in a statement.

The latest travel ban blocks all foreigners who had visited any of the restricted nations in the 14 days before their scheduled travel to the United States. Ex-President Trump had relaxed travel restrictions in his final days in office. The U.S. Centers for Disease Control and Prevention (CDC) made it mandatory for all international travelers to have a COVID-19 negative test three days before taking flight.

Biden has put the additional requirement of obtaining another COVID-19 negative test to enter the United States. The South African variant of the CCP virus is more contagious than the initial virus strains; the infection spreads faster. Dr. Anthony Fauci, the medical advisor to the president, calls Biden’s ban on South Africa a “prudent” decision, stating that mutations in the South African variant is “concerning.”

The White House has condemned using the “geographical location” of origin when referencing the coronavirus epidemic. Biden’s administration argues that discussing the origin of the CCP virus is xenophobic and intolerant against Asian-Americans.

Former President Trump and ex-Secretary of State Mike Pompeo have constantly referred to the coronavirus as the “China Virus” or “Wuhan Virus.” In an interview with Fox News, Pompeo insisted that using the term Wuhan Virus was necessary, so people recognize where the virus originated. He said that naming a virus after its place of origin is common practice.

“It began in Wuhan. It is, in fact, a virus that came from that place. We know that the Chinese Communist Party covered that up. We know that they disappeared doctors and journalists who wanted to write about it and were told they couldn’t… These are important things… The American people need to know them because they matter. They matter for our health, for our safety, for economic prosperity, and our security, and I hope. I’m counting on this next administration to do what the American people demand of them and continue to confront the Chinese Communist Party,” he said in the interview.

Biden has indicated that Americans might have to wait until fall 2021 to be free from the pandemic threat. When a reporter asked whether he will fulfill his promise of dealing with the viral outbreak once and for all, Biden replied that it would “take a heck of a lot of time.” During his presidential campaign, Biden consistently accused Trump of not doing enough to control the pandemic.

Previous articleNational Guard Presence in DC Raises Questions
Next articleDivination for 2021: Danger at the End of the Gengzi Cycle