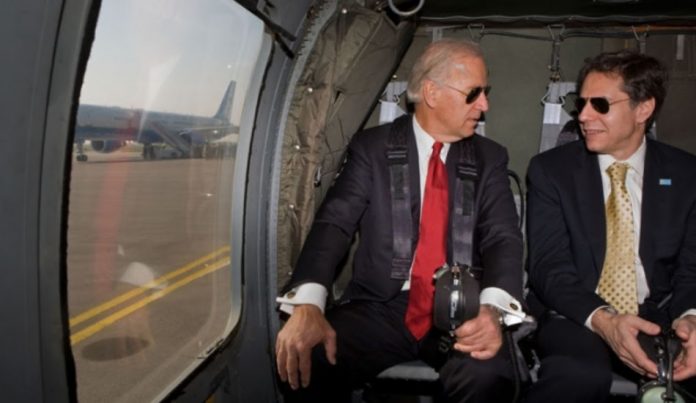 The Senate has confirmed Antony Blinken as the new Secretary of State with a vote of 78-22. He succeeds Mike Pompeo and has been a longtime aide of Biden. The American Foreign Service Association (AFSA) welcomed Blinken’s appointment and pledged to work with him and his department to strengthen American diplomacy. On the first day of his tenure on Jan. 26, Blinken made numerous calls to several key officials in other nations.

To Canadian Foreign Minister Marc Garneau, Blinken promised to work closely to strengthen the North American partnership and address shared challenges, such as the CCP virus. Talking with Japanese foreign minister Toshimitsu Motegi and South Korean foreign minister Kang Kyung-wha, Blinken emphasized the necessity to maintain peace in the Indo-Pacific region as a key to prosperity. He stressed the importance of the US-Japan-South Korea partnership as well as the need to continue pursuing the denuclearization of North Korea.

In his talks with the Mexican foreign secretary Marcelo Ebrard, Blinken mostly talked about the coronavirus pandemic

“Secretary Blinken emphasized our shared interest in security and economic integration, as well as our focus on an orderly and humane approach to migration. The two discussed the challenges posed by the COVID-19 pandemic, and the need for continued cooperation between our two countries to protect our populations and economies. Secretary Blinken noted the bonds between the United States and Mexico and reaffirmed our commitment to the nearly 200-year-old bilateral relationship,” Spokesperson Ned Price said in a statement.

Blinken has a long history in Washington. Between 2009 and 2013, he was the National Security Advisor of Vice President Joe Biden. Between 2013 and 2015, he was the Deputy National Security Advisor of the Obama administration. Between 2015 and 2017, Blinken acted as the Deputy Secretary of State. In addition to the government posts, Blinken has worked as an advisor for many Wall Street firms and tech companies. However,  some Republicans are not convinced Blinken is a good fit for Secretary of State.

Republican Senator Ted Cruz, a member of the Foreign Relations Committee, attacked Blinken’s position on Iran. Blinken has stated the possibility of lifting some of the terrorism sanctions on Iran. Blinken also supports the idea of reentering the nuclear deal with the Middle East nation. Cruz promised to “mitigate the dangers” both Biden and Blinken pose to American society.

Senator Rand Paul, who is also a member of the Foreign Relations Committee, criticized Blinken for his support of military intervention in the Middle East, stating that “regime change doesn’t work.”

Republican Senator John Barrasso reminded people at the Senate that the former Secretary of Defense, Robert Gates, stated that Biden has been wrong on every national security and foreign policy issue in the past four decades. Barrasso pointed out that Blinken has worked with Obama and Biden on these failed policies.

“President Trump was right in taking a tougher approach to China. I disagree very much with the way that he went about it in a number of areas. But the basic principle was the right one, and I think that’s actually helpful to our foreign policy,” he said at his Senate hearing.

Blinken promised that the Biden administration will not be a repetition of the Obama administration and will engage with the world “not as it was, but as it is.”