Outrage Over Pentagon Plan to Vaccinate Terrorists Before Citizens 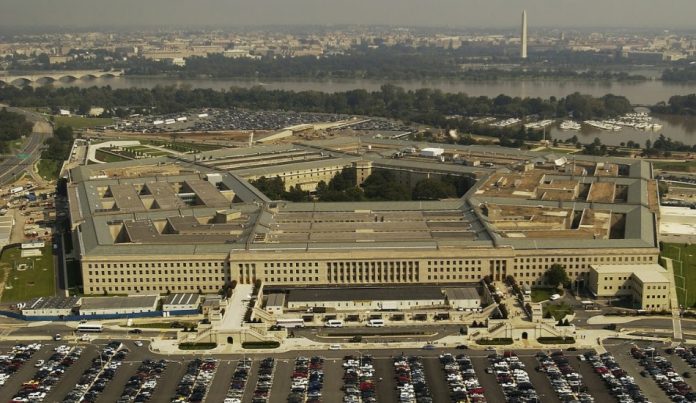 The Pentagon triggered a social media storm after revealing that it intended to administer CCP virus vaccines to Guantanamo Bay prisoners. The plan was criticized by lawmakers, military veterans, and numerous individuals. They felt the gesture was demeaning and a ridiculous precedent for dangerous criminals to be granted preference by the Biden administration. Pentagon Press Secretary John Kirby announced on Twitter that the department had paused the plan.

Guantanamo Bay was established in 2002 by President George W. Bush. It was part of the War on Terror effort following the terrorist attack on the Twin Towers on September 11, 2001. Since then, the facility has housed hundreds of prisoners. At present, 40 inmates remain in the facility, including Khalid Sheikh Mohammed, who masterminded the Twin Tower attack that killed 2,977 Americans.

The prisoners involved in the attack were originally scheduled to face a death penalty trial starting Jan. 11, 2021. However, it was delayed due to the pandemic. Guantanamo houses 6,000 residents, including 1,500 troops, all of whom have been receiving the COVID-19 vaccination. However, the move to include prisoners came as a shock to many, especially those who lost their loved ones in the 2001 attack, as well as those who participated in the rescue efforts.

“You can’t make this up. The ridiculousness of what we get from our government. They will run the vaccine down to those lowlifes at Guantanamo Bay before every resident of the United States of America gets it is the theater of the absurd,” Tom Von Essen told the New York Post. He was New York’s Fire Commissioner during 9/11 and lost 343 firefighters on 9/11,

John Feal, who suffers from various illnesses due to working at the Ground Zero pile, was stunned after hearing the news since he has yet to receive the vaccine. He said that the decision to inoculate the terrorists showed how “backward our government is.” He said that decision insults people who died in the attack as well as those who worked on the pile for several months and became ill.

Retired FDNY Lt. Michael O’Connell contracted an auto-immune disease from working in the search and rescue mission after the towers fell. He said that the Guantanamo vaccination was upsetting and “absolutely disgusting.”

“Terrorists First was his big vaccine plan apparently. The new administration has a plan and as we warned you, it’s America Last,” he tweeted.

House Minority Leader Republican Kevin McCarthy said that when Biden announced that he would defeat the virus on day one, he never told people that the vaccines would be given to terrorists before upright Americans.

At present, the vaccines are not available for all American citizens. Instead, states are prioritizing the most vulnerable people, like older citizens and people with chronic medical conditions.