Home US Trump Rejects Call to Testify at Impeachment Trial
US 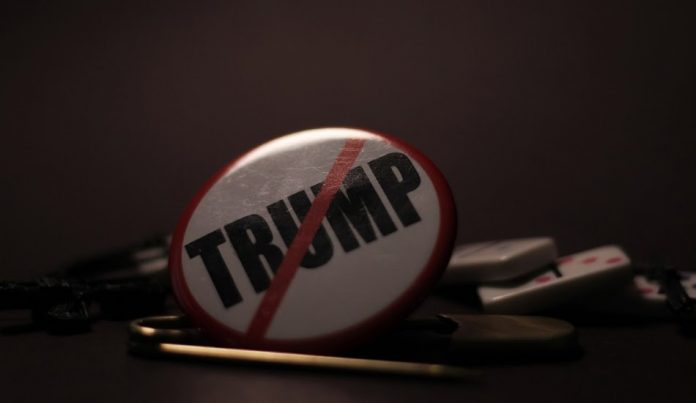 The Trump impeachment trial is due to begin next week. Democrat Jamie Raskin, the lead impeachment manager for the Democrats, wants Trump to testify under oath either before or at his trial. In a letter to Trump, Raskin accused the former president of disputing evidence produced in the article of impeachment. Raskin invited the former president to testify concerning his conduct on Jan.6, the day of the Capitol breach.

Raskin asked that the testimony be provided between Feb. 8 and Feb. 11. In case Trump fails to testify, Raskin threatened that they would use it against him during the trial, a tactic that failed during Trump’s first impeachment trial.

Trump lawyer David Schoen has dismissed Raskin’s invitation. In his response letter, Schoen claimed that the Democrat impeachment manager was attempting a “public relations stunt” by asking Trump to testify.

“There is no such thing as a negative influence in this unconstitutional proceeding. Your letter only confirms what is known to everyone: you cannot prove allegations against the 45th President of the United States, who is now a private citizen. The use of our Constitution to bring a purported impeachment proceeding is much too serious to try to play these games,” Schoen replied in a letter.

Jason Miller, Trump’s advisor, also stated in an interview with Newsmax that the former president will not be testifying in front of the Senate. He believes that if Trump does decide to testify, he would “knock this thing out in about 15 minutes.”

The impeachment trial is a ‘terrible idea’

Republican Senator Ted Cruz accused the Democrats of wanting a “ridiculous show trial.” He said that the party members are more motivated by partisan anger than they are dedicated to solving America’s actual problems.

Republican Senator Lindsey Graham said that the testimony invitation was only a political ploy. He warned that an actual testimony wouldn’t be in anybody’s interests. Even a few Democrats do not want Trump to testify. Senator Chris Coons said it would be a “terrible idea.”

Trump’s lawyers are planning to showcase a timeline and images from the Jan. 6 Capitol break-in to prove their case that the ex-president did not incite the assault on that day.

“We will be presenting timelines, even from The New York Times home page … we’ll be putting up images where you can see the attack on the Capitol was already starting before President Trump even started his speech… He’s the most pro-law and order president ever, that he deplores any sort of mob violence, especially after this summer… Since Jan. 6th, we’ve seen from the public reports from the police and the FBI and all sorts of other outlets that much of this planning was done well in advance,” Miller said in an interview with Newsmax.

One of the images on the timeline shows Trump speaking to supporters at The Ellipse park. Simultaneously, violence at the Capitol had already begun, suggesting that he was not the reason for the Capitol attack.

Democrats have argued that the people who attacked the Capitol building had come from The Ellipse. During the Senate trial, Democrats will face a massive challenge in convicting Trump. In addition to all the Democrats supporting such a move, 17 Republicans also need to support the decision. However, 45 out of 50 Republican senators have already voted for a resolution that deems the Trump impeachment trial unconstitutional.

Data from more than 533 million Facebook users, including profile names, Facebook ID numbers, phone numbers, and email addresses were published in a hacking...
Read more
US

According to Texas Attorney General Special Prosecution Division’s Jonathan White, the number of active election fraud cases in the state is, by a long...
Read more
US

The Attorney General of Indiana has begun investigating Apple, Amazon, Google, Facebook, and Twitter for censoring conservative content on their platforms through deleting posts...
Read more